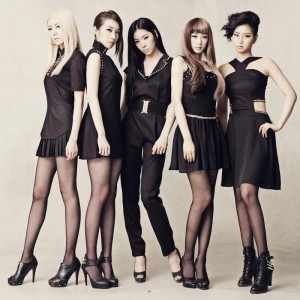 If you’ve been listening to K-pop for some time, Brave Brothers is probably a name you’re familiar with. Even if it doesn’t ring a bell, you’ll probably recognize some of his work. The acclaimed producer’s collection of hits include Sistar‘s “Shady Girl” and “Ma Boy,” After School‘s “Because of You,” 4Minute‘s “What’s Your Name,” and recently AOA‘s “Like a Cat” and “Heart Attack.”

With this kind of success, he attempted to create a girl group under his own label, Brave Sound, back in 2011. High expectations followed this announcement as he stated that 10 million dollars would be invested into his new group. After a grueling audition process, Park Eun-young, Park Seo-ah, Han Yejin, Jung Yoo-jin, and Noh Hye-ran were chosen to debut as Brave Girls.

The girls were revealed one at a time with each one bringing something unique to the table. Eun-young was revealed to be the leader with her strong vocals and was also the niece of actor Shin Ha-kyun. Hye-ran received a lot of attention for her striking resemblance to Son Dambi and a dance rehearsal video that was featured on many sites. Yejin was a former Miss Seattle at the Miss Korea Competition and Seo-ah was a model before joining Brave Girls.

Their debut single “Do You Know” set the tone for what could be expected from Brave Girls. It allowed them to display a sexy, chic and edgy concept that is expected from a group under Brave Brothers. The song featured a constant softly played piano in the background with jazz and hip hop influences. The track was very catchy and would have been a nice addition to Brave Brothers’ pantheon of hit singles, with a dance reminiscent of Beyonce.

However, although the song allowed Eun-young to display her vocals, it slightly left the rest of the group in the shadows. This could be due to what seemed like a quick turnaround from the audition process to debut. Whereas most idols spend years training before debut, these girls were rushed to the stage in comparison. The success of the song was mediocre but still showed potential for the girls. 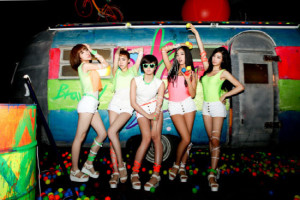 Their next two releases showed a different side of Brave Girls musically. “Easily” was a reggae song inspired by Kim Gun-mo’s “Excuse,” and “Nowadays, You” was a synth heavy upbeat song with a masculine concept. The songs weren’t received negatively but never grabbed the attention of fans the way the group wanted to. “Easily” only reached to 38 on the Gaon Charts, and “Nowadays, You” managed to climb up to 21.

The struggle at this point with Brave Girls was a sense of identity.  A couple of things attribute to identity; their style on stage, and their personalities on television. Before a group can experiment with different genres of music, a firm foundation needs to be set beforehand. Girls’ Generation solidified their style with “Gee,” and “Oh!” before they were able to jump around with “The Boys,” and “I Got a Boy.” However, people never really got to know the Brave Girls due to lack of promotion. They rarely appeared on any variety shows, and when they did, it was an idol packed show like Let’s Go Dream Team!; the Brave Brothers name could only carry the girls so far.

With the mediocre success of Brave Girls and Brave Brothers’ other endeavors, including working with AOA, Brave Girls’s album and activities were put on hold indefinitely. But after almost three years, Brave Sound announced that Brave Girls would be making a comeback with a revamped 7-member group. The company stated that the group went through an upgrade with younger members and were put through extensive and rigorous training until they were fully ready. The new lineup included former members Yoo-jin and Hye-ran with the addition of Minyoung, Yoojung, Eunji, Yuna,and Hayoon.

On February 16, the girls made their comeback with “Deepened.” It seemed that Brave Brothers stayed true to his initial announcement statements as this comeback has the potential to put Brave Girls on the map. The slow hip-hop track combined with a sexy concept and unique choreography fits this new squad very well, establishing their identity.

Though the original girls’ debut seemed to be rushed giving them no time to develop chemistry, the way these seven girls move together, especially the slow drop, displays years of teamwork and synergy. This revitalized team seems to have the attitude fans had come to expect from Brave Girls.

Although the group has improved, the promotion of the girls seems to still fall behind. The buildup to their comeback was not too impressive only spanning less than two weeks. The reboot of Brave Girls should have had a bigger buildup especially knowing that the payoff is so satisfying. But Brave Brothers promised that the girls would have more opportunities to interact with fans. Whether it’s more variety show appearances or meet and greets, these fan interactions are absolutely necessary for them to take off.

Brave Brothers took the lessons he learned from the original Brave Girls and applied them to this new group. Nearly three years of training and preparation, establishing the Brave Girls dynamic, and assurance of better promotion are steps in the right direction for a successful girl group. “Deepened” is a strong comeback title and with proper support and backing, Brave Girls could be here to stay.

What do you think of the rebooted Brave Girls? Do they have what it takes to be successful?