Ladies' Code Returns With "The Rain" 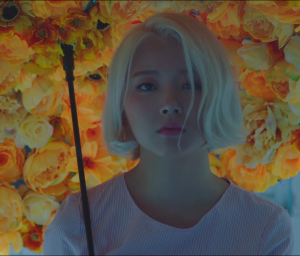 It’s been an emotional ride for Ladies’ Code for the handful of years that they’ve been active. After debuting in 2013 under Polaris Entertainment, the quintet were known for their sassy and cheeky tracks that showcased their vocals and performance skills. Following their debut, they followed up with “Pretty Pretty,” “Hate You,” “So Wonderful,” and “Kiss Kiss,” each notable in their own way. Then tragedy struck and members RiSe and EunB passed away in September 2014.

After an understandable hiatus, the now three-member group composed of Ashley, Sojung, and Zuny returned in early 2016 with Myst3ry and it’s lead track, “Galaxy.” Different from their previous tracks, it showcased a more mature sound that continued to emphasize their vocals, but in a much less lively way. It was subdued and yet loud in the same time, allowing their vocals to carry through and for the subdued feel to speak for itself, making it for a great comeback from the ladies. It was a successful comeback for the ladies, and eight months later, they have released yet another impressive track, “The Rain.”

Starting with a piano that almost seems reminiscent of “Bad Girl,” it becomes quickly apparent that “The Rain” follows “Galaxy” more in terms of track and vocals, as well as music video visuals. Opening with a shot of Ashley slumped over a piano, holding an umbrella as the rain falls down, it’s easy to see where this music video was going to take us. It would be one of prettily sad visuals and rain… but did anyone predict that fish would be killed? Because we all know those fish are dead, so dead. So yes, animals were harmed and killed in the process of making this video. 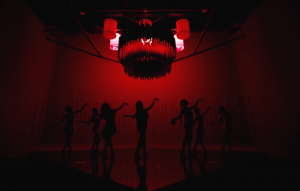 That aside, it is a beautiful video with subtle hints of haunting-ness. The MV highlights their dance in a stunningly simple backdrop, which manages to highlight the deceptively simple dance. The dance itself is intricate that involves graceful hand movement. While Ladies’ Code has always had interesting and above average dances in terms of difficulty, this is completely different and is more reminiscent of the fluidity seen in “Galaxy.”

There is no straightforward story featured in this video. It features the ladies in seperate rooms in addition to the bathroom setup – Ashley is in a blue room with her umbrella, in between two ferns; Zuny holding on to her umbrella in a purple room with wine glasses catching drops of water; and Sojung covered in a plastic blanket in an orange room. It is interesting that they all have their own flower-laden umbrellas, and that Zuny is the only one to go outside. Once she is outside, wearing her red shoes, she ends up on a beach, overlooking the sea as umbrellas rain down. 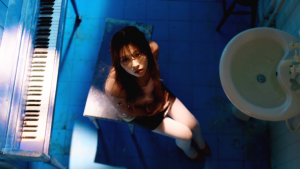 As with most MV’s that rely heavily on beautifully shot images and haunting visuals, it is tempting to do some mental gymnastics and create a story, even when sometimes, there just isn’t. If we were to do the same with this MV, it would take a combination of lyrics and visuals to make it work. Lyrically, the song talks of love of the sad variety, comparing a broken heart to a rain that just will not stop. The heartache spreads and continues to live on, despite the passage of time, and the rain continues to pour and flood and destroy. This is furthered in the chorus, where we also get an explanation as to why the rain seen in the music video is so destructive.

To combat the ruinous nature of rain, the ladies have their flower-laden umbrellas to safeguard them from further harm and destruction. Flowers are seen as symbols of love, life and even death. Interestingly, each member has their own color. Zuny has yellow flowers, which symbolize friendship, compassion and warmth. Sojung has purple flowers, which stands for charm, grace and creativity. Meanwhile, Ashley holds an umbrella with orange flowers, the symbol of happiness, joy and spontaneity. 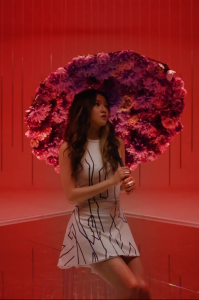 Taking all of this together, it is easy to construct a story that creates a tale that can be taken two ways: of the girl shielding themselves from further heartbreak, or of the girls getting over the deaths of their bandmates. It is easy to conceive, and easy to accept. That, of course, is up to the listener and viewer. The members have not started promoting on music shows as of writing, but we will know the official storyline soon enough. That being said, I do believe that it is like “Galaxy” – in a way, it is influenced by the external forces that was the passing of RiSe and EunB, something that will continue to influence their music and sound for a while, but at the same time, the song and it’s theme stands on it’s own even if another were to sing it.

Overall, “The Rain” follows the visual set by “Galaxy” – luxurious with a touch of darkness, all with a hint of color. It is a drastic difference from the tracks of Ladies’ Code of old, but it is an understandable change. They, as people and artists, have been changed, and Polaris Entertainment, for all it faults, have let this abrupt change in sound, a gamble, happen. Gone are the days when a Ladies’ Code MV would more likely than not have poppy color, bright images, and a vibrant aesthetic. Instead, we have this subtly dark visual which plays into the new sound that Ladies’ Code currently has.