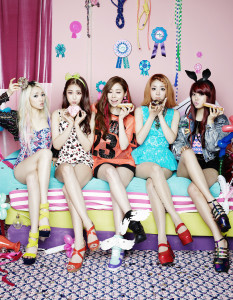 This week in 2016 marks the 2nd anniversary of the deaths of Ladies’ Code members EunB and Rise. The five-member girl group had been returning from a schedule when their van hit a barrier wall at around 1:30AM on September 3.

Speeding and slippery conditions due to rain are said to have contributed to the crash; airbags did not deploy, and seat belts possibly weren’t used, which may explain the severity of the crash where all members and their manager, who was driving, sustained injuries.

EunB passed away on the morning of the 3rd, soon after the accident. Four days later, Rise joined her.

In the days since, there was an outpouring of sadness and frustration regarding idol schedules and road safety. And while it can’t be said that these are things of the past, but South Korea has continued to improve road safety laws. The national traffic authority will be making seat belts mandatory for all passengers — current regulation only requires seat belts be worn by drivers and front-seat passengers.

After being part of Polaris Entertainment‘s 2015 memorial concert in Tokyo — to honour Rise’s wish to perform in her home country — Ashley, Sojung, and Zuny made their first comeback in February this year, with the beautiful “Galaxy.”

However, I am going to leave you with a different song: “I’m Fine Thank You” was trended by fans in the wake of the accident, to honour EunB’s wish to chart at #1.

This week, we also learnt that Infinite member Dongwoo‘s father had passed away. We convey our condolences to Dongwoo and his family.