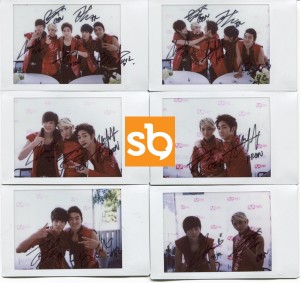 Who would have thought that good things can happen in K-pop? Two years after I condemned Pledis for mismanaging Nu’est, Pledis has somehow decided that 2016 is the year they would invest that Seventeen money back into the company’s senior boy group – of course, simultaneously ignoring After School and Orange Caramel in the process. Nu’est, for their part, is evolving as a group and that’s what I want to focus on here.

Can we talk about how having two comebacks in the span of half of a year is already a monumental thing in K-pop — let alone doing so with two excellently produced songs? What started as a long-awaited comeback early on in the year with “Overcome” has quickly evolved into — something Pledis neglected to do with the group a few years back – following up and building on the momentum of their previous release. Even if Nu’est aren’t getting the same results as they did with their debut, they are still killing the game this year. If they keep this up, then there is hope for them yet.

First of all, I think the best thing about Nu’est’s resurgence in 2016 is that they are building it upon music that they’ve created and love. This R&B style they’ve been focusing on is right up their alley, and the group has found their niche; each member gets a moment in their songs and even better, their parts are within their range and they sound like they are connecting with their music. Minhyun has taken to owning the high falsetto, and Baekho anchors the chorus with his powerful and full voice. Aron and Ren both rock their respective verses adding some tempo and shifting rhythms, and JR is a revelation with his rap verses.

As I mentioned earlier, there is a genuine authenticity that has emerged with Nu’est’s music this year. The members have been more involved in writing, producing, art direction, and more with their albums. This has manifested in the higher quality production and emotional depth of their releases. 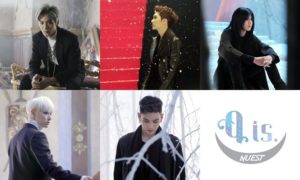 Of course, it helps that their company finally has some money to invest in the group again, but their rebirth is more than just that. Some artists don’t ever show growth in their artistry, but Nu’est has come up to the mantle and risen in their musical output. If you listen to both Q Is and Canvas, there is something special behind the whole piece that translates well to the listener. You feel the care and time invested in putting together both works that makes you appreciative of them not only as performers, but also as artists.

Complementing the rise in musical quality is their well put-together concepts. To Pledis’ credit, they’ve managed to recognize Nu’est’s growth and have hired some great stylists who have been able to complement the music and enhance the overall package. “Overcome” era’s metallic vests, suits, and overcoats fit well with the feeling of warmth, which went along with the thematic image of knights they were trying to portray. With “Love Paint,” the loose clothing and sharp colors were also effective in illustrating the comforting haze of a lovely afternoon.

It’s startling to imagine that a few years ago, Nu’est seemed headed in a direction where they would be hidden away in some corner of Pledis’ entertainment company, but instead they’ve come back with a fire. Sadly, the effects of their long bouts of absence in the industry isn’t lost on how the group is performing from a sales standpoint. Despite the strength and overall quality of their recent comebacks in 2016, neither of their title songs have been able to chart on the Gaon chart.

While from a sales front, their 2016 efforts would likely not be considered successful, Nu’est should be lauded for what they have accomplished in this year already. I consider their outputs to be worth noting because it’s a pivotal moment for the group. With Pledis harboring an incredibly successful junior group in Seventeen, Nu’est finds themselves in a moment where they need to prove their worth to the company. I honestly think they are one viral variety performance away from a rebound on the charts — perhaps if Baekho or Minhyun had a strong stint on King of Masked Singer.

Either way, I get the feeling that Nu’est is building some strong international support and regaining some of the fans that were lost during their long hiatuses. Quality gets recognized and even if it isn’t the quick success they may be hoping for, success is something that will come if they continue to create works as strong as what they’ve put out in 2016. Nu’est have come into their own with their grown and more mature works this year, and here’s hoping Pledis acknowledges that and continues to invest in Nu’est’s future.

(Images via Pledis and Seoulbeats)