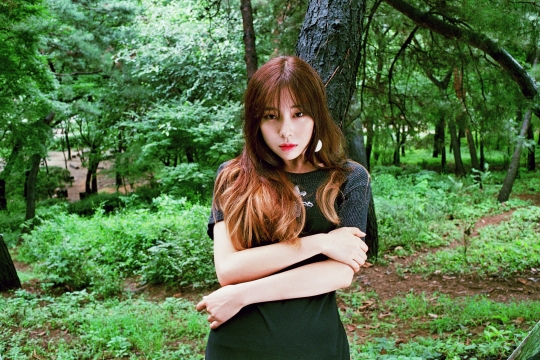 The title track, “The Rain” opens with a jazzy piano line that transitions into a moderate-tempo track punctuated with a strong percussive bass. The sharpness of the synthetic instrumentals contrast the ladies’ smooth vocals, and the minor chords of the chorus give off mysterious and rather dark vibes.

In addition, a sultry feel is created in the first and second verses, sung by Zuny and Ashley respectively, by their hums at the end of the lines. The lyrics compare the raindrops to their own teardrops as they are coldly cut off by a former flame. On a deeper level, the dark atmosphere of the rain sets the somber mood for the breakup, symbolising the end of the relationship.

“Lorelei” is by far my favourite track of this album because of its dreamlike and hazy ambience. Opening with a tinny-sounding “ah”-ing ad-lib that transitions back into a normal sound in the first verse, the vocals are complemented by shimmering sound effects, accompanying synth notes, and water drop sounds, achieving a dreamy and mystical feel.

Some of the vocal parts throughout the song also feature this tinny effect, creating a unique combination of sound for listeners. Lorelei actually refers to a female water spirit who used her bewitching vocals to entice sailors to the rocky cliffs for death; this track uses the shimmering water sound effects as well as the lack of accompaniment to highlight the members’ vocals in order to depict “Lorelei”. 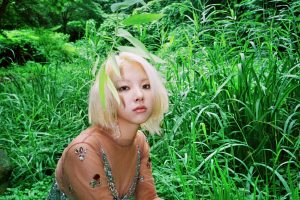 The third track of the album, “Jane Doe”, features warped sound effects and synth notes to extend the mysterious and futuristic sound that was highlighted in “Galaxy” of their previous album. For me, these distorted sound effects as well as the catchy spoken English lyrics like ‘love it or hate it” and “kiss or diss” give this track a rougher feel in comparison to the smoothness of “Lorelei”, corresponding to the lyrics which describe a Jane Doe who is nothing but trouble. The track draws a slight climax towards the end with the ladies’ high notes in a series of ad-libs, showcasing their vocal talents.

The remaining are three remixes on the tracks from Myst3ry, and are essentially more stripped-down versions of the originals to focus more on the vocals and the emotions.

The first is “My Flower (Blossom Mix)”. Originally featuring short and shimmering percussive synth notes to punctuate the rhythm, the remix draws away from sound effects and instead uses mainly the piano and strings as accompaniment. This, in effect, transitions the song from having a mysterious and dark feel to being more flowing and ballad-like. As a result, we focus more on the emotion generated from the vocals (in particular, the high ad-libs in the climax), which really resonates from the sadness of the lyrics as they compare a broken relationship to the death of a flower. 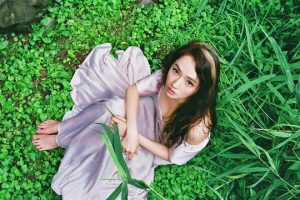 Similarly, “Galaxy (the 3dge Mix)” sheds away the mysterious mood present in the original and errs on the acoustic side, featuring a guitar accompaniment instead. Instead of the futuristic aura in the original, this remix is calmer and more serene.

Finally, “Chaconne (Arieta Remix)” also features a guitar accompaniment, directly opening with the song instead of featuring a violin prelude. Set in a minor key, this track features pure vocals to highlight the melancholy and sorrow.

All in all, Strang3r is an extension of Ladies’ Code’s previous work, continuing the unique mysterious, dreamlike, and out-of-this-world aura that is created with their songs. In this sense, there is no other group with a concept similar to theirs, and they have definitely found their niche with this smooth and ethereal sound with a hint of sultry. Strang3r is the perfect album to immerse yourself in when you need a break from reality.