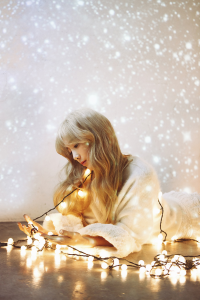 Welcome to another edition of Comments of the Week, readers, where we highlight your contributions to discussions on Seoulbeats. Before we get to the comments, here is what we covered on Seoulbeats this week:

Of the music released, we reviewed TaeTiSeo‘s Christmas offering “Dear Santa,” Psy‘s 7th Album, Lim Kim‘s “Stay Ever” , before examining Zico‘s different musical sides in the three last MVs from his debut mini Gallery. We also shone a light on some of the unsung artists of September, who produced some lovely music.

Writers Mark, Lorenza and Sarah shared their experiences attending Beenzino‘s San Francisco concert. Seemed like they had a good time!

In dramaland, the first six episodes of Oh My Venus and the last half of The Village: Achiara’s Secret were reviewed. Unfortunately, it seems like neither drama impressed their reviewers.

For our regular segments, warm clothing was the call of the day in FYVP, while our favourite live performances were highlighted in Best of Weekly Music Shows. Our weekly review of the news also covered the now viral saga of Oh My Girl‘s visa issues at LAX.

And finally, we launched our very own merch store, just in time for the festive season. If you’re looking for K-pop inspired goodies, we got you covered!

I’ll be honest: I hate Christmas music. I think 95 percent of the songs suck or are generally just throwaway songs, and the relatively static list of the few songs that are good, get replayed so much in the month between Thanksgiving and Christmas that I tend to hate them by the end, and I need the next eleven months to recover and find them tolerable again. (Full disclosure: three of the six radio stations I listen to in my area become full-time Christmas music stations during this time, and the other three play Christmas songs on occasion. I really get inundated, even though I like the holiday otherwise.)

Two years ago, I added Kelly Clarkson‘s “Underneath the Tree” to the tolerable list. This year, TTS’s English version of “Dear Santa” can be added too. I do agree that the somber beginning drags on way too long, but once it picks up, it’s got that great instant classic Christmas music vibe that makes the beginning forgivable. And I also agree that I like Tiffany‘s little English phrases, but they sound very out of place in the Korean version. It’s not often that kpop — much less SM in particular — makes a solid English track, but I think they pulled it off this time. I might even not hate this song in three weeks, since it’s unlikely to be picked up by my radio stations here. What a thought.

Erialk on Oh My Venus, Ep. 1-6: Searching For True Beauty And Character Development

(Edit because I can’t read as well, I actually agree with most points in this review ahaha) Although it may fail at some points, I believe this drama is trying to promote a sense of inner beauty. Sure, Joo-Eun is a gorgeous woman, but in the drama, her character has never let herself be defined by her beauty, but by her wit and personality. 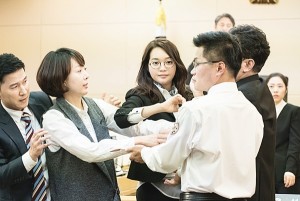 When people react to her being fat (although IMO she is neither fat nor ugly), it is a realistic albeit sad portrayal of how society views non-thin people in real life. It would be not be realistic to set the show in a universe where everyone is accepted for who they are. It is not ground-breaking or revolutionary but the show is defying these standards by nudging our perception of what beauty should be. Ultimately, the show’s message seems to be that looks are not everything. That is depicted in how Soo-Jin is miserable even though she is now “beautiful”. And this might just be me talking, but as of now, Joo-Eun’s fat secretary is infinitely more likable than Soo-Jin and I feel that her weight is not used as a comic trope. The only scene where it was put forward was when she said that most of her weight came from her muscles, to which Joo-Eun responsed that she herself was only losing weight for her health.

Which brings me to my next point. This is a show about a woman losing weight, yes. Although the premise seems to be “losing weight-to-be-beautiful”, the show tries to center it around the fact that she is losing weight to be healthy. Young-Ho even says at one point “To me, sexiness is being healthy” or something along those lines. And I love how the show really made an effort to make it apparent that he was interested in her way before she lost any fat. The only physical part of her that we could argue he is attracted to is her freaking dimple, ha. He likes her for her, for what she brings out in him, not because she’s a pretty lady.

Last point: she didn’t lost weight for anyone else but herself, I think that’s pretty powerful in itself as well.

I do agree where the show fails is that in the end, Shin Minah is really pretty so it’s not easy to relate to her if you’re ugly by society’s standards. And the occasional wrist-grabbing did have me wincing. But the show’s underlying message is all about self-love and positive self-esteem, regardless of one’s appearance. Halfway through the show, I’m really really really hoping they’re not going down the route of “and she lives happily ever after because she’s pretty”; I would be so disappointed. 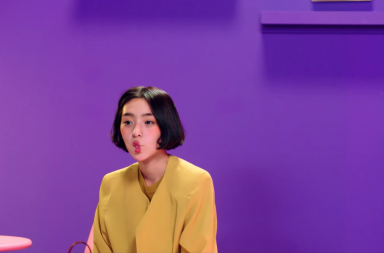 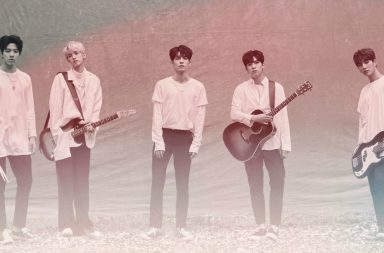