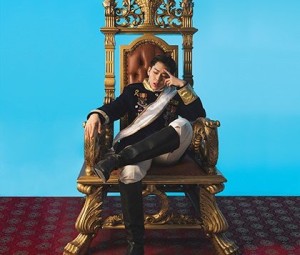 Though he’s been releasing solo singles for a while now, Zico made his official solo debut this week with the mini album, Gallery. Listeners had already had more than a preview of Gallery with “Girls and Boys,” “Day” and “Yes or No” which were previously released as digital singles. Nonetheless, Zico debuted in a grand fashion with not one or two, but three MVs to introduce the remaining three singles that round out the mini album: “Eureka,” “Pride and Prejudice” and “Veni Vidi Vici.”

The three MVs, though not related musically or visually, were released as a set over the course of three days. At first I wondered why Zico bothered with three MVs if “Eureka” was obviously intended to be the lead single; but then I realized that most of Zico’s discography centers around singles as opposed to cohesive albums. All his musical buzz — aside from his pre-debut mix tapes — has centered around the hype of a single track. By releasing three “title” tracks and MV’s, Zico is ensuring that audiences pay attention to all he has to offer. He’s not restricting himself or his audiences to the kind of hype track most likely to top charts (Which is exactly what “Eureka” is doing at the moment.)

As such, the final three Gallery releases excel in showing Zico’s dynamic versatility as an artist. The three tracks are each distinctive with an individual appeal; meaning, there’s a bit of something for everyone both in terms of music and aesthetics.

Zico kicked things off on December 7th with “Eureka” featuring R&B vocalist Zion.T. In short, “Eureka” is exactly what I expect from Zico: a little humor, a lot of objectification, and a catchy hook that will echo in my head for a couple minutes. It’s familiar territory for Zico and his fans, which is why it’s the understandable breakaway single.

The idea is simple: Zico and Zion.T are ogling a beautiful woman. She’s perfect from head to toe, and they make their admiration no secret. Their nether-regions are in a fit due to this woman’s proportions. So much of a fit, that they can’t stop talking about it. That’s literally the whole song –she’s hot and they’re having trouble keeping it in their pants.

“Eureka,” though my least favorite release out of the bunch, managed to produce what may be my favorite lyric of 2015.

I want to touch you, big booty girl
There’s an exclamation mark in my pants

Charming. Thankfully — save a few aggressive crotch gestures — the MV steers clear of acting out the rising pants action Zico and Zion.T reference so frequently. Instead, it follows detectives Zico and Zion.T on their quest to appreciate all the beautiful women of history.

The detective theme does suit the musicality of “Eureka,” I’ll give Zico that much. The swing-era muffled horns play well with the hip hop beat, and the jazzy instrumental touches are very much reminiscent of an old detective film. Zico even puts on his best sleezy P.I. accent in the bridge for affect. For a song that’s basically about erections and the quest for booty, Zico at least manages to commit to the concept. Both Zion.T and Zico know exactly what they’re doing, and the MV is fun to watch simply because neither of them are taking themselves too seriously.

Zico completely changed directions for the second release, “Pride and Prejudice.” It is remarkably non-Zico; at least, not in the way I’ve come to know him as a solo artist over the past couple years. The same man who was — only a day previous — talking about his aching crotch, now has a much deeper ache in his heart.

“Pride and Prejudice” is a delicately melancholic tale of a cynic who has fallen in love, and subsequently into heartbreak. As much as Zico desires to disavow love, he falls into it anyway and realizes after it’s already over. The struggle prompts him to weigh his own prejudices against love, and perhaps put his own pride on the line to admit that the love he felt was real and he didn’t want it to end.

Featuring vocalist Suran swoops in for the chorus with her breathy vocals to question, “Pride and Prejudice. Tell me what is more important?” Her vocal color is so distinctive, raspy and raw, that her cooed out bluesy notes nearly steal the show from Zico. “Pride and Prejudice” masterfully mixes together a jazzy lounge backtrack with the steady beat of Zico’s rap and the emotion of Suran’s vocals to craft an understated tale of love, apprehension and ultimately regret.

Similarly, the MV is all swooping drone shots, greenery and melancholic loitering. Zico takes a step back from the screen and allows the track to be told through the narrative of two estranged lovers. The cinematic quality of the MV is striking, especially compared to Zico’s past work. It manages to capture the distance between two lovers: the woman who has moved on, and the man who doesn’t think he’ll ever be able to. They occupy the same spaces, pass by one another, but ultimately end up going their own directions, just as Zico’s lyrics convey.

After looking at the depth and raw feeling of “Pride and Prejudice,” compared to the ode-to-booty that was “Eureka” the two extremes of Zico’s artistry appear baffling. But, I suppose, if Verbal Jint and Sanchez can go from “Pretty Enough” to “Favorite,” or “Doin’ It,” there’s no reason why Zico shouldn’t be granted the same breadth of appeal. We know there’s a potential for depth in his work, as proven by his mix tapes or more recent tracks like “Well Done.” However, it’s refreshing to hear such an understated but very relatable side to the artist on his first solo album.

For the final showing, Zico released “Veni Vini Vici” and it’s exactly what you would expect it to be from the title. Zico has come, seen, and conquered the industry. Not long ago he was telling his mom he’d be on TV: now, he’s being acknowledged by industry seniors like Seo Tai-ji, and he’s a judge on shows like Show Me the Money 4 despite only being 24. The lyrics are boastful as the heavy base that backs up his verses; but it’s so well done that I think perhaps Zico has every right to gloat a bit.

The best part about “Veni Vini Vici” is Zico’s clever play on words to not only boast about himself, but critique the industry that he operates within. Zico has little time for industry pretenses or comparisons. He’s already made a name for himself, in his own way.

People interested look at my reputation
There are a lot of idiots who sign contracts for just 300
So they can wear Blue Dial Submariner watches
Fuck off, I’m with Domain
and Buckwilds
A&R team whose ideas have fallen flat
If you come at me with ambitions of making my things into a motif, you’ll get beat

All I can say is that you know a song is well produced when it doesn’t even have a vocal chorus — or hook, really — and still manages to stay in your head. The base hits hard in the empty chorus, and it sounds like an anthem of conquest, feels like an ode to victory. I’d also never paid much attention to Zico’s flow and delivery before “Veni Vidi Vici.” This song made me notice his strength. Zico’s vocal dynamics pick up and slow down at exactly the right moments against the heavy backing beat. He’s cocky and a little self-assured for my taste, but there’s no fighting the urge to bounce along.

While the track is one of the strongest on the album, the MV is easily the weakest. The visuals do little to enhance the track and is instead a montage of rap video cliches we’re all familiar with: Zico stands on some rocks, drives fancy cars, there’s beautiful women, more cars, and an abandoned basketball court is thrown in for good measure. It’s a lot of meh, but the track itself makes up for the lack of visuals. 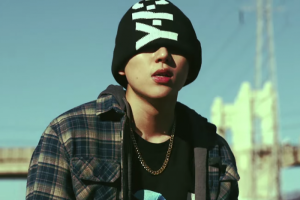 Up until this point, I’d avoided reviewing Zico due to his releases generally centering around hype and bragging with a side of controversy and/or appropriation that I’m not really down with.

As a casual Block B fan, I’m familiar enough with his style to know that he can write a catchy song and lay down a rap verse with finesse. I’ll admit, after all the controversies he’s fallen into, I was skeptical if Zico was all hype and no artistry. It’s one thing to hear that someone is one of the best, but it’s another thing to have it proven. With Gallery, Zico proved to me exactly the range of his talents: he can slow things down, he can speed them up, or he can boast on a track for four minutes without boring you.

Say what you want about Zico, whether you like him or not it’s hard to deny that beneath all the cliched pretenses, there’s real talent. Beyond his ability to produce catchy bangers, I’d argue he’s one of the best lyricists in the game. He knows how to make every word count: whether it’s with a clever play on words, a sleezy metaphor for his crotch, or an earnest confession of pride.

In the final three releases of Gallery, Zico’s taken a small step away from his typical release style and instead presents a breadth of tracks that show who he is as a rapper and musician; he’s bared a part of his heart and boasted about his success. He’s intelligently crafted three well-done singles — all genuine in their own way –that can appeal to a wide breadth of audiences, and in so doing, I’ve found a bit more appreciation for him as an artist and producer.