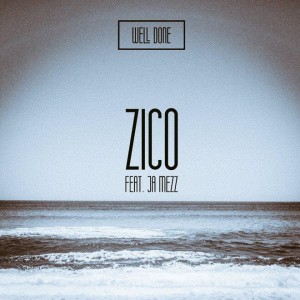 After “Tough Cookie,” having some trepidation concerning what type of solo track Zico would release next was warranted. The initial teaser images and video showed, thankfully, that at least we weren’t likely getting another highly questionable track. “Well Done” is another track about progress, but it’s musically and lyrically pleasant with a very simplistic MV.

It’s a sad situation when a MV featuring clips of live performances and studio time is heralded as being better than a produced and staged MV. But, that’s the case for “Well Done.” The MV is no muss, no fuss. Whether done consciously in light of his past solo work, or not, we can breathe a sigh of relief that Zico ditches the posturing for simplicity.

Due to this, there’s not much to say about the MV. It does fit in with the lyrical content in that it depicts Zico’s musical journey – studio, practice, stage, screaming fans, back to practice and studio. The rating probably will seem a bit high, but points are given simply for not offending anyone and for not being completely cringe-worthy.

The music itself shows a quality that people appreciate in Zico: not being afraid to use different styles of music. “Well Done” is a snazzy jazz piece coupled with hip hop. The style of the track is very reminiscent (and perhaps inspired by) groups like A Tribe Called Quest. The overall instrumentation sounds like what you’d find played with a city-street scene in a show or movie. The brass sections are dirty and rough. Meanwhile, the piano is clean.

Overall, there isn’t much to complain about the music. The upright bass line could have been more pronounced throughout the song, instead of being prominent near the end. Also, the drum beats could have been softer. But this is hip hop, so it’s not terribly surprising that the beat is what is in the forefront. “Well Done” appears to be a combination of acid jazz and hip-hop, which creates a great laid-back sound.

Lyrically, “Well Done” takes the concepts behind “Tough Cookie” – such as being tough and strong – and depicts them a little more pleasurably. Instead of rough and offensive lyrics talking about how tough Zico is, the song is more of a story of Zico and Ja Mezz‘s path. The lyrics are mostly inoffensive except for Ja Mezz’s “money, fame, bitches” phrase so commonly associated with hip hop songs. That probably isn’t going to make some people happy, since some of us complain about such things in other hip hop tracks.

It’s not that Zico has completely ditched praising himself – that’s all “Well Done” is about. However, instead of coming off as cocky braggarts, Zico and Ja Mezz are looking back at how far they’ve come and how far they’ll go. 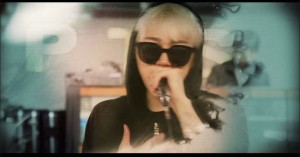 The phrase “well done” has two different connotations: A) doing a job well; and B) completely done, as with cooking meat. Both these connotations are present in the track. In the verses, the rappers feel like they’ve done a good job up to now. People acknowledge them, applaud them, and they’ve made a lot of progress. Zico’s even taken care of his family’s debut. However, as noted in the chorus mentioned above, they aren’t done yet. Zico realizes that there are still songs to write and money to make, thus, he’s not fully cooked. Perhaps he never will be.

Undoubtedly, Zico has worked his butt off, and is finally seeing the rewards. Thankfully, when he talks about it in “Well Done,” he’s able to do so without being offensive and side-eye inducing. This song is what people expect from the young ladder-climber: different musical style and clean rapping.  He doesn’t need to become a hip-hop caricature or throw insultingly offensive language around.

“Well Done” has somewhat redeemed Zico in the eyes of many, so job well done.