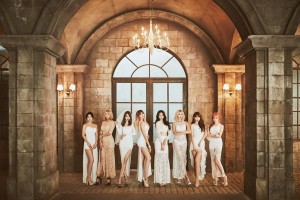 Most conversations between K-pop fans tend to err on the lighter aspects of it. Fans wax poetic over their favorite songs and their meaningful lyrics. On social media, they love to share funny memes or stories about the last K-pop concert they attended. There is this bright atmosphere of cotton candy and kittens that makes everyone feel wonderful until reality pops their shiny bubble.

Conversations on idol abuse are complicated. Some people want to rally for zero tolerance of abuse while others brush it off as cultural differences, saying everyone should mind their own business. This infinite impasse continues because no one can agree on what to think or feel about abuse. Some may go, “Obviously, it’s bad,” yet others don’t understand what constitutes abuse, so they may not recognize the problems associated with it. Bringing up this topic isn’t easy, but we shouldn’t be afraid to discuss it either.

Please be aware that some things mentioned in this article may prove triggering if you are sensitive to this subject matter. Do not force yourself to read any further if you feel uncomfortable at any point. 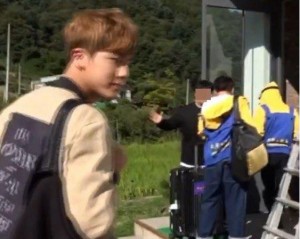 The K-pop industry is all about showing more than telling. The agencies are in charge of what we see and hear from idols, including how they’re treated. Fans rarely learn about idol abuse until a lawsuit pops up and more details come out. Sponsorships that involve sexual favors. Packed schedules that don’t allow for adequate rest. Diets that ruin the health of idols. Restrictions on calling loved ones out of fear the idols could report their abuse to them. Agencies hide as much of this from fans as possible, but sometimes, not well enough.

Recently, a clip from BTS‘ 2016 Seasons Greetings DVD made its way through social media for catching what appeared to be a sign of abuse against youngest member Jungkook. A manager is seen raising his hand towards Jungkook who flinches in response. Reports of hearing threatening dialogue in the background also circulated, leading many fans to demand an explanation of the situation from Big Hit Entertainment.

Less than a day after this revelation made news, Big Hit issued a statement and apology, telling fans they removed the manager and would conduct stricter policies to ensure a healthier environment for their company. It’s not completely clear if the manager was actually fired or demoted, but what is known is that what occurred was unacceptable…right?

Like many fans, I would feel immense relief if I knew this was an isolated incident that wouldn’t be repeated. Unfortunately, there have been indications of other abusive altercations in K-pop that make it difficult to pretend the worst doesn’t happen behind the scenes. Jungkook is not the first idol to gain attention for abuse by managers or staff. In a documentary, Nine Muses‘ Sera is slapped by her CEO as he talks about how much it costs to produce a group. The girls are also subjected to being hooked up to IVs and placed on highly restrictive diets to meet an ideal beauty standard.

There is also the curious case of MBLAQ‘s Seungho allegedly being hit with a glass thrown by his company director. Even though the singer suffered an injury and made the call to authorities, he changed his story during the investigation and asked to have the charges dismissed. Fans speculated he dropped the case through hostile coercion. Considering how badly J.Tune Camp would’ve looked if Seungho had gone through with the abuse charges, it’s not unfathomable to believe his superiors would’ve intimidated him into keeping quiet. That works out for the company because lack of public info means a lack of accountability and answers. It also means they could do it again.

Abusers take advantage of their victim’s fear and vulnerability. Abuse involves power over others and making them feel inferior and completely at fault for the abuse. This is not to be confused with discipline, which usually involves some form of conflict resolution. Discipline means someone is held accountable for his/her actions and words; whereas, abusers seek to absolve themselves of responsibility by placing blame on their victims. As messed up as this sounds, it continues despite fan support for better treatment. 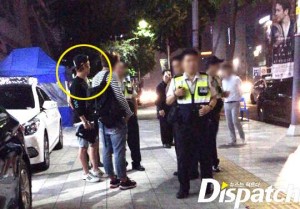 So, why condone this behavior? I was curious as well, reading some of the reactions to the video of Jungkook and his manager. There were fans who questioned what happened in the video but not because they suspected abuse. Even with video evidence presented, they didn’t see anything wrong. They asked, “Was this abuse? Doesn’t this happen normally? Isn’t it just a cultural thing?” A cultural…thing. Abuse has now fallen into the category of cultural differences we’re meant to accept because apparently nobody in K-pop has a problem with it.

If “nobody” is supposed to be the ones in power, then of course, they don’t see an issue. These authoritative abusers can hide behind blurred mosaics in videos, granting them more freedom with anonymity. It’s their privilege not to care about those they abuse because idols aren’t people — they’re products. Combine that attitude with the perception that celebrities are too pampered to suffer, and idols become prime targets who keep quiet to avoid backlash. Think about how hard it must be for them to muster the courage to speak up under those conditions. It must suck feeling like nobody cares because they forget you’re human, too.

Knowing abuse happens, how do we continue supporting idols without allowing these transgressions to go unchecked? That’s just it. You check them. Every. Single. Time. You let those agencies know you are watching their every move. Band together in the fandom and boycott if you must. Even if the results are less than satisfactory, fans will have accomplished getting their message to the idols. That message is “We care about you.” It’s a small sentiment, but one that goes a long way for someone being abused. To that person, it could mean the world to know someone on the planet cares about their well-being enough to speak up for it. No matter what happens, I’m sure that Jungkook and every idol in his position feels better knowing the fans have their back when it comes to standing up to abuse.