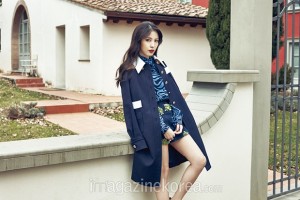 First off, thank you for being patient with us during our downtime for site maintenance. It was quite a bit of time, and I hope the site continues to run smoothly. If you do run into any issues, please do not hesitate to shoot an email to webmaster@seoulbeats.com.

This week, in idols and music we covered BoA‘s “Who Are You” and “Kiss My Lips” MVs, BEAST‘s Hyunseung‘s solo MV, Secret‘s Hyosung‘s solo comeback album Fantasia, Infinite‘s Sunggyu‘s second solo mini album 27 and the ‘bad boy‘ theme in lyrics. We also looked back at Big Bang‘s hit “Lies” and Trouble Maker‘s “Trouble Maker” with our Throwback segment.

In fashion and TV, we took a look at our favorite performances from last week’s music shows, photoshoots that were on the sultrier side, the film The Con Artists (also known as The Technicians) and the next set of episodes for Girl Who Can See Smells.

In sociocultural topics, we discussed the Hallyu phenomenon in India.

For our Roundtable this week, we created those dream collaborations we would love to see on stage.

Luna was amazing on KoMS. The amount of control she had with her voice showed she really improved a lot from Immortal Song. I wanted her to last a bit longer, just to keep people guessing, but I guess everyone was getting agitated not knowing who Golden Lacquer was. Haha. It was disappointing that she lost, but her rendition of “엄마” was nothing short of inspiring. That’s the way to go!

On another note, I have a newfound respect for BTOB‘s Yook Sungjae, seeing him as Mr. Bee. He’s got a surprisingly great mid-to-low range, quite tangent from his cutesy image. I hope he goes places and gets staying power in the industry now, especially since he’s got an arsenal of skills for acting, MC-ing, and variety.

I agree that Kpop folks do not know about India and its culture which they stereotype. But this is also a question prevailing in mind that are Indians willing to give a chance to the people from South Korea? I haven’t seen any actor or singer (except a few like Danny Denzongpa, and some Indian Idol singers) to come from the North East states. Plus, I have seen that people see the facial features as different than their own. Then is the audience ready to give a chance to idols of the similar facial features. I think there is a long way to go…not only from SK side, but also from the Indian side to finally leading to spread of Hallyu in India. Sad but true.

Thanks for continuing to be great readers! And keep us updated about the site!

(Images via Harper’s Bazaar and Esquire)