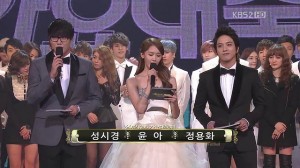 With the Christmas festivities behind us, it’s time for yet another Gayo Daejun! Tonight KBS will hold their annual awards ceremony, hosted by SNSD‘s Yoona, 2PM‘s Taecyeon, and comedian Lee Hwi-jae.

KBS has hinted at a promising and diverse line-up of special stages, including Infinite x Exo as well as Taeyeon (SNSD) and Hwanhee (Fly to the Sky).  KBS also announced that Exo’s D.O. will narrate the introduction and conclusion of the awards festivities. There are sure to be some surprises in store this evening as the best acts of 2014 take the stage.

While no YG artists will be in attendance, SNSD, Teen Top, 2PM, Exo, CNBlue, Beast, Infinite, Sistar, Apink, AOA, Ailee, Vixx, BTS, Block B, B1A4 and Secret are all confirmed to be in attendance.

Following the SBS Gayo Daejun on December 21st, the KBS Gayo doesn’t have particularly large shoes to fill in terms of quality. None the less, given hints at the line-up and attendance list, expectations are high.

Join us in the comments below and let us know what you think about the evening as it unfolds! 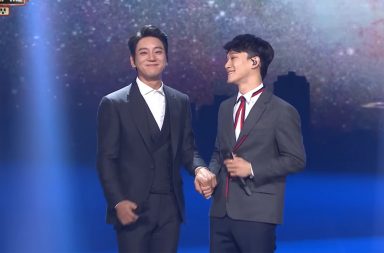 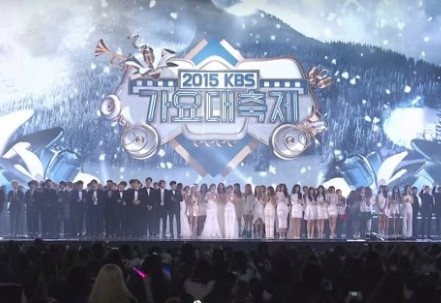