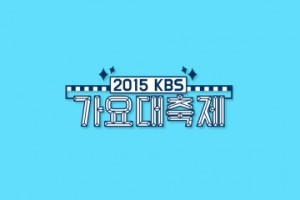 Watching the annual music festivals that take place at the end of the year is something of a crap shoot. You don’t know what to expect, but generally one looks forward to a night of glorious performances. Looking at the roster of artists, it appeared that the KBS Gayo Daechukjae (song festival) would be nothing short of spectacular.

The event took place in a ridiculously large dome, and the network had invested in a shiny, new spider cam. It would also be the first year in which the show aired live through the V Broadcasting App, a personal lifesaver for me since I hate playing find-the-unblocked-working-stream online.

2PM‘s Taecyeon, EXID‘s Hani and Lee Hwi-jae were the MCs for this musical event. There weren’t many acts in the lineup, making for longer stages that allowed everyone to sing entire songs. It also meant collaborations galore since KBS had to fill up the time slot somehow. I’m not saying it’s a bad thing; in fact, it proved to be a smart move on their part. It actually may have been the only other thing KBS got right, aside from the sound system. Let’s look at some of the noteworthy moments of the song festival.

The Spider Cam Crawls On My Nerves

What happens when a network gets their hands on camera equipment that nobody knows how to utilize? You get a ton of terrible wide shots! KBS isn’t new to music shows with staples such as Music Bank, Immortal Song 2 and Yoo Hee-yeol’s Sketchbook filmed weekly. One would assume that means they absolutely know how to control a camera and get the best shots of the performers, right? Well, apparently, investing in a fun, cool camera attached to wires means all basics for shooting a program go out the window. 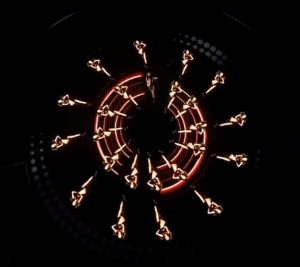 Some of the best moments were missed thanks to the overzealous antics of a camera team that didn’t understand that they still needed to film the performers more than the stage. While the spider cam did capture some cool scenes, such as the opening of EXID’s set with Hani writhing on the floor among cloned graphics of herself, the camera wasn’t used wisely most of the time. I don’t care how large the dome is, and I highly doubt anyone gave two licks of bat guano about the stage graphics either. Unless the stage graphics were an integral part of the performance itself, the camera should’ve been fixated on the artists alone.

There were also a lot of shots from behind the performers, which further proved that maybe this show wasn’t the best way to introduce the spider cam. It’s great that KBS wants to explore new ways of shooting their programs, but it would serve them better to do that in a way that doesn’t annoy viewers.

Anything goes when the pressure is on, and that’s exponentially true for live performances. It doesn’t matter how much experience one has when your nerves take hold, leaving your mind blank. This embarrassing situation occurred a couple of times, making some artists appear ill-prepared and unprofessional.

Let’s examine the curious case of Noel‘s Kyun Sung staring at his hand during his collaboration stage with Shinee‘s Key and Infinite‘s Woohyun. This guy didn’t even attempt to hide his actions, which is even more amusing. It’s like seeing that cheating kid in class that stands up out of his seat to peek at another student’s test answers.

Then there’s the slight slip-up by SNSD‘s Seohyun during her duet with Kim Chang-wan. She forgot the lyrics and ended up doing something that was a cross between humming and singing — shumming? I can’t think of a more mortifying situation, except for maybe a wardrobe malfunction (thankfully, there weren’t any of those).

Mamamoo and BTS Jazz Things Up

It’s the end of the year celebration, so now is the perfect time to bust out the remixes of title songs. Why save that kind of thing as filler on an album when you can show fans an alternate routine of their favorite tunes?

Mamamoo slayed the jazz genre with their classic “Piano Man” but ventured into pop territory with “Um Ah Oh Yeah.” Unlike many other artists, Mamamoo took this opportunity to showcase their vocal strength and energetic vibe with a brassy version of their latest song. I appreciate that they didn’t treat the song festival like a typical weekly show.

That goes double for BTS who rarely disappoint on stage. Jimin did a contemporary solo dance for “Butterfly” before being joined by the other members for a jazzy rendition of “Dope.” Unfortunately, Rap Monster was absent due to an injury, but Jungkook did a decent job rapping his part in “Run.”

Who Is This, and How Did I Miss Him?

Listen, I don’t know anything about Moon Myung-jin, but I dig his vibe. He sounds a little raspy, but it works for him. Anyway, I’ll be keeping an eye out for this one because yes to all of this.

Who Ticked Off the Stylists?

I know someone will bring up Red Velvet, and sadly, I’m not even fazed anymore. Moving on — let’s discuss Song Seung-yeon and why she looked like she came fresh from the shower. Did all of the blow dryers die backstage? Could nobody guide this poor woman to a friendly hand dryer as a substitute?

Why did A Pink look like cheap flight attendants? Or maybe they’re supposed to be the activities directors for a cruise ship? I almost expected them to hand me a bag of peanuts, put a plastic lei around my neck and shove me into a conga line. I remember their earlier “Remember” stages (pun intended), and they were dressed more comfortably in casual attire. Is there a reason their coordinator decided to torture them with clunky heels and stiff jackets for this song?

As for whoever made A Pink’s Bomi, AOA‘s Hyejung and Mamamoo’s Whee-in wear those atrocious outfits for their special stage, I have only one thing to ask: What’s good?

Zion.T Is King of the Collab

While I’m disappointed that Zion.T didn’t perform with Jonghyun for “Deja Boo,” I was more than thrilled by his duet with Jungkook. Jungkook is a longtime fan of Zion.T and has been performing covers of his songs frequently. This must have been a dream come true to work with someone he admires so greatly. Could we possibly get another fantasy collaboration between these two since they’ve finally worked together?

I also loved the special stage Zion.T did with Dynamic Duo, Crush and Ailee. I was hoping to hear “Just,” though it was still a wonderful performance without it.

Out of all the performances, my favorites were the special stages. I love seeing artists from different genres and agencies combine for collaborations that illuminate their talents. I really enjoyed the joint set with Got7, BTS and VIXX, but those horrid camera angles made it difficult to focus on the performance.

Luckily, things were a little better for the female idols on their collaborations. Hearing AOA’s Choa, EXID’s Solji and Mamamoo’s Solar as a trio was another treat, even though their hard rock song left much to be desired vocally. I would’ve preferred something like when Jessi, Ailee and Sistar‘s Hyorin performed “Bang Bang” at the 2014 MBC Gayo Daejaejun.

These were just some of the more outstanding highs and lows of the KBS Song Festival, and I wish I had a better impression of it. If the camera team didn’t act like amateurs and trained the lens on the artists more than their backs or some stage graphics, then perhaps I would’ve felt more ecstatic for this. It also would’ve helped if the stage itself wasn’t so large that it overwhelmed the artists themselves. Hardly anyone used all of that space to their advantage and lazily relied on the flashy graphics to fill up holes.

Aside from bad camera work, the KBS Gayo Daechukjae was okay. I loved the special stages the most because the artists worked really well together. Other than that, the stages weren’t too surprising since most treated this like a normal weekly show. It would’ve been nice if they had done more than that, but I guess I’ll have to settle for what was given. Next time, I hope everyone — especially the camera squad — puts on a better show.