K-hip hop has been steadily gaining attention among international K-pop fans, especially in the past few months. Show Me the Money has helped bring rappers out from the underground and into the public eye, and the success of Epik High‘s recent album Shoebox has demonstrated that a market for hip hop exists. However, the growing popularity of rappers outside of idol groups has been largely restricted to males, which might leave some fans wondering where women fit into the K-hip hop scene.

Although girl groups like Lip Service and GI prove that there is no lack of rapping talent among idols, there are many female non-idol rappers that deserve recognition as well. Any talk of female rappers would be incomplete without mention of Yoon Mi-rae (a.k.a. Tasha), the queen of K-hip hop, but she is definitely not alone in staking a claim within this male-dominated genre. Here are some other ladies who K-hip hop fans should put on their playlists.

The underground rap scene is familiar to K-pop fans and hip hop fans alike, since many of the most well-respected idol rappers started out underground. Ash-B is just beginning to emerge from the underground to the big leagues, and “By My Side” is her first official music video. The confident and rhythmic flow she showcases in this song can be found in her other tracks as well, all of which seem heavily influenced by current US hip hop. However, she successfully avoids sounding like an immature or insincere imitation of what one would hear on US radio stations, and her music will likely please fans used to today’s brand of hip hop swagger.

MONOCHROME is a duo, bringing together rappers YAVIS and Boiled Onion. Like Ash-B, their music is influenced by current trends in the US without appearing to be a direct copy in both their individual and group tracks. The ladies have lively and dynamic rapping styles, almost sounding similar to CL, but they eschew flashy visuals and swanky style for a more muted look that emphasizes their musical skills over their aesthetics.

Kayon’s songs are a blend of softer R&B melodies with hip hop beats that provide a relaxing listening experience. Her monotone rapping flows smoothly over her tracks, resulting in songs that sound sophisticated and smart. With a simple and clean style that matches the character of her music, Kayon stands as a high-quality example of the more mellow and laid-back side of K-hip hop.

Like Kayon, Mato’s music is calm and smooth with a strong R&B influence. As a rookie rapper, she has a surprisingly strong and confident voice that is pleasant to hear over her serene tracks. Unlike the last few women, Mato leans toward a pop sound with her songs, straddling the line between R&B and pop influences to produce catchy and sophisticated music. Fans of K-pop and K-hip hop will likely enjoy Mato’s style and sound.

Kisum is another representative of the pop-influenced rappers like Mato. She can both sing and rap, though her focus is mainly on rapping, and composes her own songs. As a pop rapper, her style is reminiscent of the blend of hip hop and feminine styles that idol groups have favored recently. For those new to K-hip hop, Kisum is an accessible way to enter the genre without straying too far from a K-pop sound. You can hear more of her rapping in her duo songs with singer Se-A.

Readers, what do you think of these talented ladies? What other rappers you think should get more attention? Leave your thoughts and suggestions in the comments! 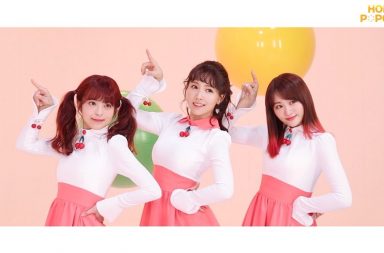