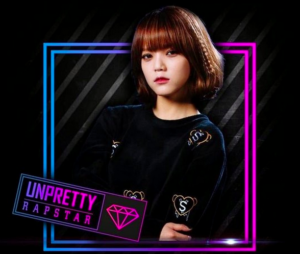 When Mnet announced the adaptation of Show Me the Money in a female rapper form, many (myself included) were skeptical. And while the success of the show can be debated, Unpretty Rapstar‘s platform as a way to showcase female rappers cannot be denied. Yet, when the cameras stop rolling, what happens to the women? Well, don’t fret. I’ve got your back. Below is the Season 1 edition of “Unpretty Rapstar: Where Are They Now?”

We start off with Cheetah, who was the winner. During the show she had three tracks — “My Type (with Jessi),” “Coma 07,” and “Like Nobody Knows.” On the show she was an obvious front runner from the beginning, and used her fame afterwards to continue her career. She’s made multiple TV appearances, including Produce 101, King of Mask Singer, Happy Together Season 3, and being a mentor for Season 2 of Unpretty Rapstar. In addition, she’s made a name for herself as a fashionista, landing photoshoots in Vogue Korea, Grazia, and Instyle, and also collaborating with Push Button to design a clothing line.

Far from taking a break, Cheetah has spent her time wisely, building a brand for her name. While she hasn’t pushed out music continuously since the show, she’s quietly created the foundation for a future in the entertainment industry besides rapping. But don’t let the pretty face fool you. Following Unpretty Rapstar, she released two digital singles– “My Number” and “Star Wars“– and featured on XIA‘s “Midnight Show”. Her newest single “Blurred Lines” shows that she won’t be slowing down this year either.

Following Cheetah, we have our 2nd place finisher, Jessi. Don’t let her position fool you, Jessi has been busy. Arguably the most famous from the show, Jessi delivered gem after gem on Unpretty Rapstar, including the infamous line, “We are not a team. This is not a competition.” Her battle with Lil Cham was passed around in multiple gif sets, and her intimidation of host San E and producer Zico was the cause of much laughter. All in all, Jessi’s attitude and skills made for great TV, but she was also a fierce competitor. She had two tracks on the show–“My Number” (with Cheetah) and “Unpretty Dreams“– and was a front runner for many of the challenges.

Jessi has been the most visible contestant by far, having had 17 singles and/or featurings since the season’s end. The resident “SsenUnnie” has worked with dumbfoundead and Microdot, Primary, and JYP, not to mention her newest song, “Don’t Make Me Cry,” which shows her vocal abilities. Besides music, she’s been active on television, making appearances on Running Man and Immortal Song 2 to name a few. She also became a regular cast member on Real Men 3 and Unnies Slam Dunk, releasing and performing music with the latter as well. Unpretty Rapstar was definitely a good move for Jessi, as she has used that opportunity to continue her time in the spotlight. However, not all the contestants have had the same success.

Yuk Jidam was a big name going into Unpretty Rapstar having made headlines during her stint on Show Me the Money 3. Her age was a setback in some of the challenges, but her raw talent managed to impress many of the 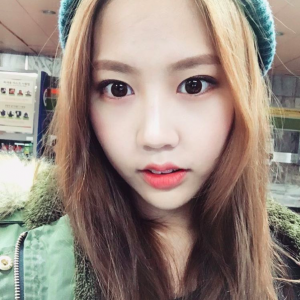 guest producers, and earned her the very first track of the series “Up All Night.” Jidam came in 3rd, and was brought back for the 3rd installment of the show, where she debuted a new look and attitude. She’s featured on Hyuna‘s “Ice Ice” and did an OST with Wendy of Red Velvet for Who Are You School 2015.

AOA‘s Jimin was the cause of much controversy on the show as the ‘idol rapper’ but she had a good showing, proving that she could hang with the big dogs with her three tracks– “Good Start 2015,” “T4SA,” and “Puss”– and stayed in the top of all the challenges. While her after UR success is debatable as she already had a successful career with her group, following the show she released the single “God” with N.Flying‘s J.Don and debuted as solo artist with “Call You Bae” featuring Exo‘s Xiumin.

Kisum has been busy as well. “Superstar” and “To Mom” were her tracks from the show, though the real highlight of her appearance was her battle with Jessi where she killed the latter in a diss battle, securing her track win. Following Unpretty Rapstar, she’s been steadily, but quietly releasing music — a mini album entitled Musick and several music videos, including a collaboration with fellow contestants Lil Cham and Jace.

Speaking of Jace, though she was quickly eliminated, she was still a competitor worth mentioning if only for the fact that she was eliminated during a challenge where her company head was the judge. She didn’t get to participate in any of the tracks, nor did she make a lasting impact as she was only around for two episodes. In March 2016, Jace got married. In the same month, her group, Miss $ made a comeback with “Don’t Speak Without Soul.”

Jolly V has pretty much disappeared since the show, though according to her Facebook, she was part of a hip hop show in 2015. Her YouTube page (jollyvsup) is also currently deactivated.

You can’t mention Jolly V without bringing up Tymee, and it’s safe to say she’s been do 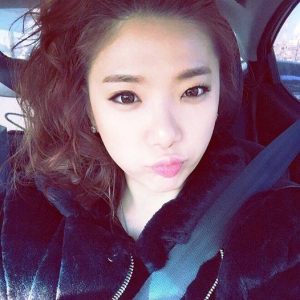 ing more than her rival. She released several singles in 2016, including “Cinderella” and an Unpretty Rapstar diss track aimed at the contestants of Season 3. Tymee also holds the distinction of being one of only two female rappers to appear on the series Mic Swagger, which she guested on episode 13 of the second season.

Finally we come to Lil Cham who hasn’t completely fallen off like you would think. She’s featured on various tracks, like this one (Jolly V is also in the video) and on a cypher. Obviously, she performs much better than she had a chance to on the show, but her solo career has been quiet.

All in all, the results after Unpretty Rapstar mimic the show quite closely. The forerunners took the show’s popularity and used it to bolster their own careers. Those who didn’t do quite as well have faded back into the same lives they were living previously, with maybe the added bonus of being able to charge more for appearance fees. And while this list is not comprehensive, it does provide a bit of comfort in knowing just what happened to our first Unpretty Rapstars.