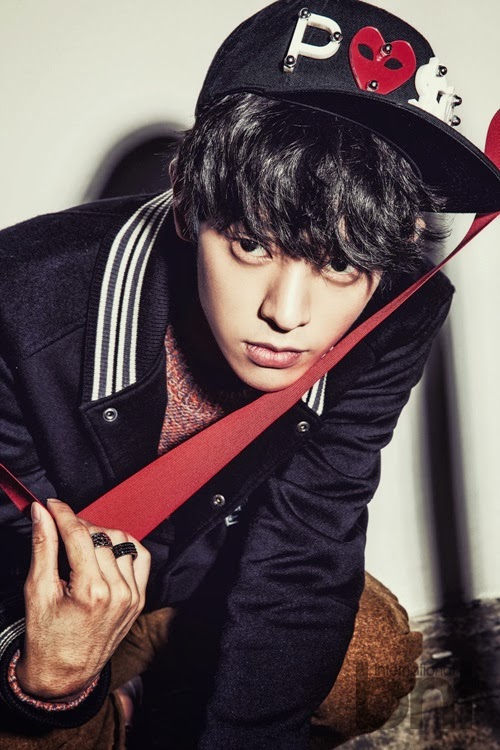 In recent episodes of variety show 2 Days & 1 Night (2D1N), singer Jung Joon-young finally rejoined the rest of the cast members. The singer had left for France to work on his new album, a departure that occurred almost too quickly after his scandal broke out late last year. The cast members in the current season of 2D1N, including Kim Jong-min, Cha Tae-hyun, Kim Joon-ho, Defconn, Yoon Si-yoon/Yoon Dong-gu and Jung Joon-young, are a source of immense entertainment for audiences as their brotherhood shines through onscreen with their playful antics and peculiar chemistry. In its own way, Joon-young’s absence disrupted the image of a perfect brotherhood onscreen.

As much as everyone on the show is ecstatic about the return of their beloved “maknae” (youngest in age), the notion of “family” in South Korea’s entertainment industry is much more multi-faceted than the image of unity presented to us. “Family” has become a desirable label in a culture that prizes collective identity as a testament to one’s value in society – to identify as part of certain groups gains acknowledgement for an individual, whereas the failure to remain a part of a group raises eyebrows.

The cultural importance of family in South Korea possibly has its roots in Asian values of respecting one’s community and treasuring the bonds that hold its members together. Rather than merely celebrating individuality, there is a prizing of a communal experience, knowing that family will always be a source of encouragement and support for the individual as well. As much as the entertainment industry uses these values of unity to its advantage, there is no reason why “family” as presented through the media and represented by the entertainment industry should not function as all families do. We all treat our family members with equal respect and concern, and families always exist as a shelter from thunderstorms going on in the rest of the world. 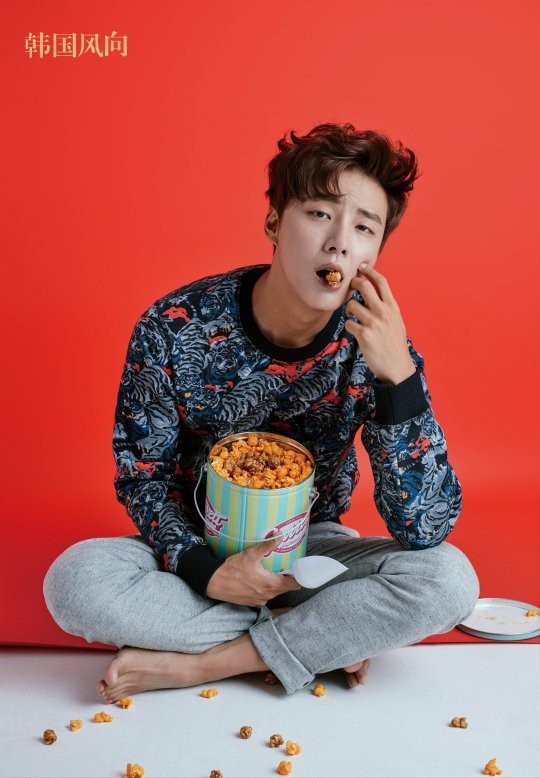 The conception of family deserves to be untangled from mere profit-making, altering itself in favour of what has been displayed in the camaraderie between cast members of 2D1N. After Jung Joon-young’s departure, the remaining members openly expressed their concern both onscreen and what has been declared as behind-the-scenes recordings of conversations between cast members.

The variety show is modeled as a road trip that introduces places of interest to its audience. Cast members play games to determine the type of meals they get to eat, ranging from seafood feasts to pathetic sweet potatoes, and whether they are allowed to sleep indoors or outdoors at the end of the day. The recent episodes of the variety show were centralised around the return of Joon-young. For those yet to watch these heart-warming episodes, there are spoilers ahead in the article!

The remaining cast members, oblivious to the intention of the episodes, carry on with the games like any other filming. They are requested to draw a number of which they are told its significance will only be revealed much later. At a separate location, Joon-young is made to hike up Mount Jiri. The numbers come into play here, as he will only be allowed to descend from the mountain if the remaining cast members mention his name the exact number of times matching the number they had drawn. If they fail in this secret task, Joon-young will have to summit the mountain.

The game, unique as it is, was borne out of the endless mentioning of Joon-young’s name during his absence from the show. His eventual reveal is also through a game where the remaining members are blindfolded and have to guess whose face they are touching – Joon-young’s obviously. If Joon-young’s name fails to be mentioned in the guesses, he will be denied from appearing onscreen with the other members. Thankfully, Dong-gu and Tae-hyun are spot-on in their speculations and Joon-young is revealed to the members.

These hidden tasks appear to be testament to the bonds that tie the members of 2D1N together as a family. United in their brotherhood, they never seem to forget their maknae despite his absence. Instead, Joon-young’s reappearance was always a definite, and the manner in which the show and the other members treated his temporary departure was as though he never left. In one episode, where members were made to text anonymously on a chatroom to an invited guest, Joon-young too was included even though he was in France at that moment. 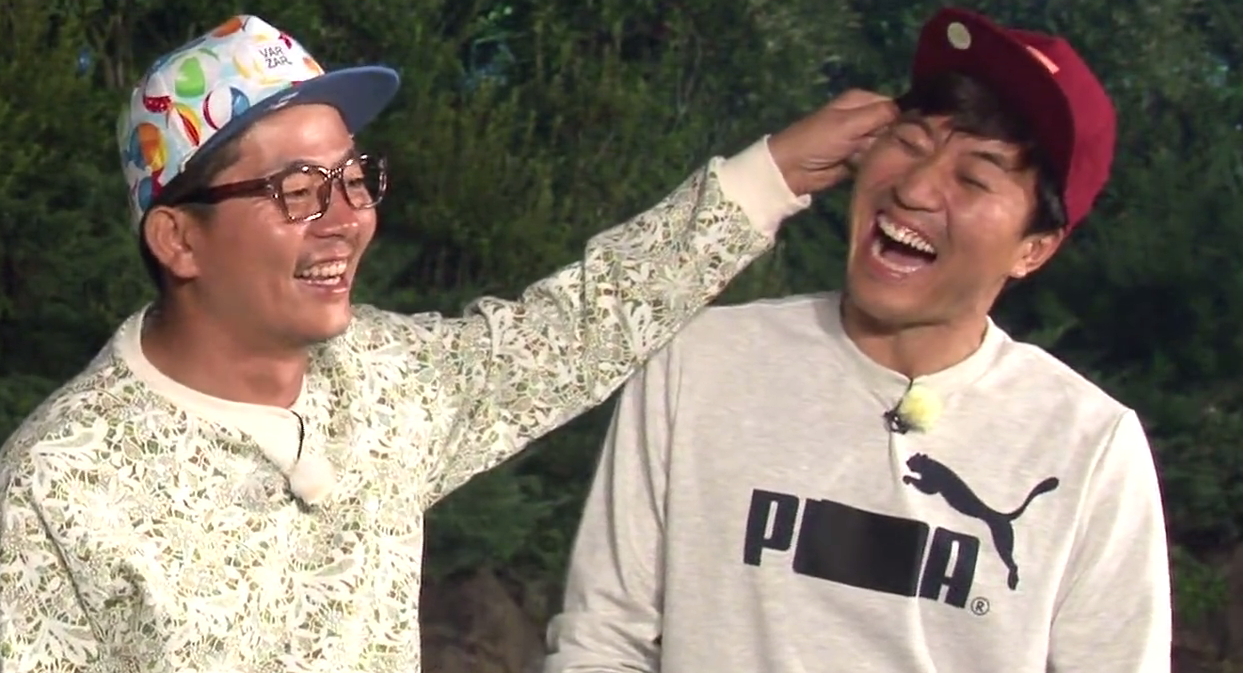 The warm welcome that Joon-young received and the near-disbelief of his return to the show seems to be indicative of the deeply forged ties between the members. They miss him dearly, while continuing to be concerned regarding his return. The episode itself does not miss out on the opportunity to flesh out moments of nostalgia in film edits of past episodes and experiences of Joon-young with the other members of the show. The members repeatedly lament Joon-young’s absence that results in a group make-up of five people – inconvenient for splitting up into groups of two for games. Furthermore, these episodes that focus on Joon-young’s return even include secretly filmed shots of the members arranging a get-together session while discussing the possibility of inviting Joon-young. There is also a recording of Tae-hyun approaching the staff to ask about Joon-young’s return upon hearing about his upcoming album release in February.

There is also a likelihood that these behind-the-scenes shots are staged to heighten the emotional impact of the episode – an effect that has already been intensified by the numerous flashbacks. It is hard to testify the authenticity of relationships between artists even outside of filming. Being public figures and having their private lives sacrificed to public scrutiny, every moment might be a performance of which sincerity cannot be validated entirely.

As much as these scenes are heart-warming, a voice at the back of my head also nags of how the show is ultimately packaging the notion of brotherhood and of family as an ideal to be sold to its audiences. The episode stretches out the time taken for Joon-young to return to the remaining members, even requiring him to scale a mountain before he rejoins the rest. It is very much a convoluted story of overcoming arduous hardships to return to one’s kin – a touching and to some extent, inspiring plot. Playing itself out onscreen, it builds the anticipation of audiences. These audiences that are increasingly invested in the show would stick around for the final reunion just to witness the outbursts of surprise and joy. 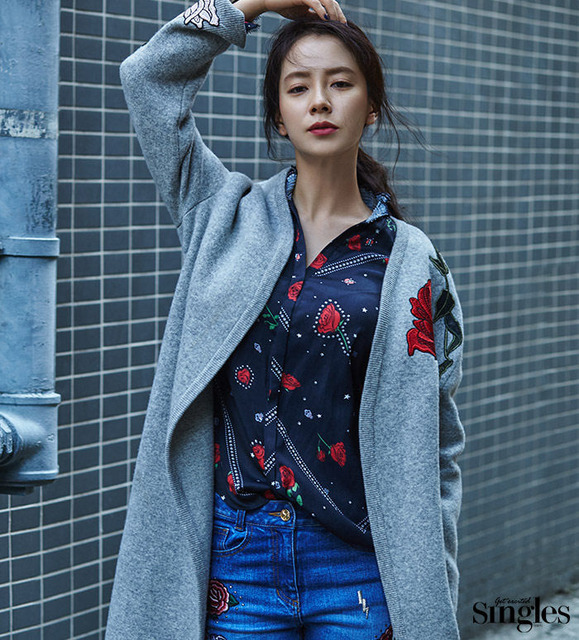 With the cancellation of Running Man being annulled, there remains hope that family really goes beyond coming together onscreen every week for a public performance of camaraderie. The manner in which the Running Man members banded together upon the news release of Song Ji-hyo and Kim Jong-kook being removed from the show is testament to their strong friendship. Supporting each other, as what family members would do for each other, is more important than business or money-making.

I would like to believe that their friendship that is much valued by their fans has transformed into something more than claiming that they are “family” to tge public. Rather, it is a friendship that has gained the approval and support of numerous people all over the world. Having to watch a family break apart is almost intolerable for many and the members of the Running Man cast are truly a family that has saved itself by proving its authenticity.

Unfortunately, the present situation in the entertainment industry seems less than ideal, where the image of unity onscreen is not always reflected as reality behind-the-scenes. Controversies and scandals scatter themselves across the news. Matters seem less hopeful for idol group members whose identity stems from sharing a collective identity and leaving seems to be a betrayal of trust, a forsaking of loyalty. Members of variety shows build themselves around the fact that they have separate careers in the entertainment industry, giving them more individuality when being brought together. Departures in this case are usually lamented as a loss rather than a heartless abandonment – a strange phenomenon that calls for further discussion in the future. 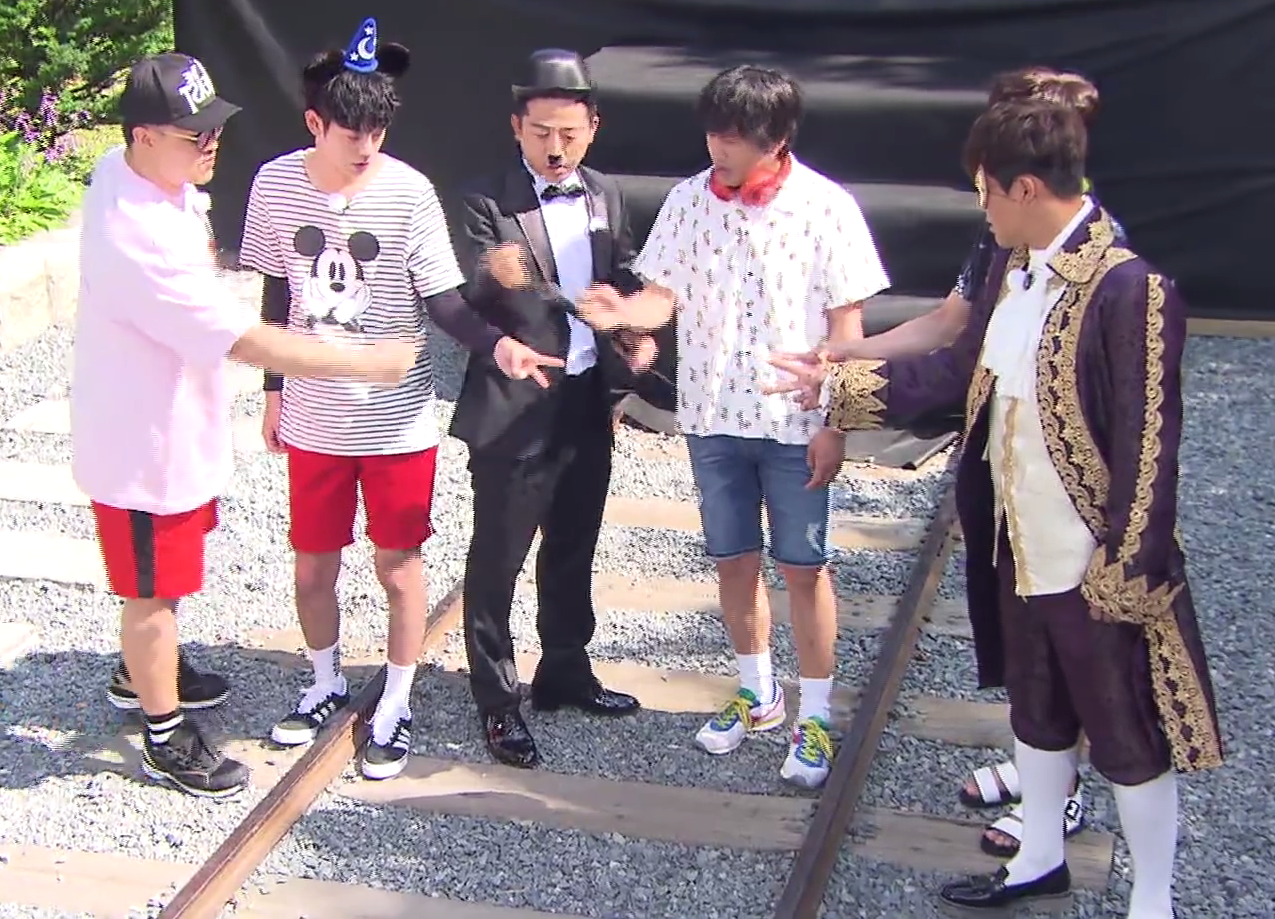 Reality is often far less ideal than we wish for it to be. Yes, South Korea’s entertainment industry is an arena for business and profit-making but I want to believe relationships and friendships have the potential to blossom if people can look past the money-making. It is a fact that much more material can be born from the label of “family” for entertainment companies, but to a certain extent, we allow ourselves to buy into the label as well because perhaps we do want to preserve the ideal of unity constructed for us. There is something precious in knowing artists do have a place of belonging rather than struggling alone in a cruel industry.

Marketing the notion of family sounds like a blasphemous act – one that distastefully taints it and the values it upholds. Family is something we all hold dear, not a business model, an aspect of Asian values that is ever more important for South Korea’s culture. Yet, I feel that there remains some value in presenting onscreen groups as families rather than mere business partners or colleagues. The unity and camaraderie between artists onscreen is indubitably a positive image that reinforces the importance of family, community and preserving strong ties of friendship. It reassures an audience that there is more to this industry than its obsession with profit-making. Selling the notion of family is not necessarily a terrible thing to do, as long as it works towards creating a better environment for growth and preserving the values of its society. It works as long as the ideal is not shattered by a sledgehammer of disputes and accusations of harassment or mistreatment.

Jung Joon-young’s return to 2D1N manifests itself beautifully onscreen just in time for the Lunar New Year – a time for reconnecting with loved ones and joyful reunions. Family sells because, perhaps, family remains valuable for many of us. Family consists of the people we love and having a community that is held together by familial bonds is an affirmation of unity in a world that is becoming increasingly fragmented.

Perhaps it is not a problem with the label of ‘family’ that needs to be altered but simply the matter of individuals treating each other with respect and expressing concern for each other, as one would with a real family member. It is unlikely that South Korea’s entertainment industry is going to shift radically in the next few years. However, the convergence of reality and idealisation is a future to hope for, where there is more warmth going around in a more genuine industry than what we see today.