Exploring Relationships in "Story About: Some, One Month" 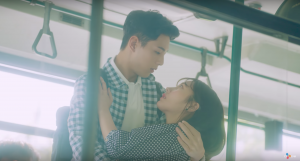 Over the past five weeks, CJ E&M has released one episode a week for a special collaboration album titled “Story About: Some, One Month.” For reference, the word “some,” a Korean slang word popularised by Soyou and Junggigo‘s eponymous hit duet, signifies the uncertain nature of a relationship where both parties have feelings for each other but haven’t officially begun dating yet. As the title suggests, the project follows the story of a couple meeting, falling in love, and eventually facing doubts and misunderstandings as they attempt to figure out their relationship. Starring actors Ji-soo and Kim Min-ji, the episodes are set up as a blend between dramas and music videos as they follow a single storyline but lack any dialogue or overly complex plot developments.

Just as SM Station promotes a variety of artists and producers, this project’s main strength is also its ability to showcases a variety of artists and collaborations. By enlisting the help of beloved actors like Ji-soo, the series is able to attract a wider audience who might not have checked out the project otherwise. While his fans watch the episodes to support him, they are also exposed to a variety of artists whose work they can then follow if they’re interested. Another benefit to having a cohesive narrative linking the MVs is that people will likely want to see the series through to the end, again ensuring more exposure to the different singers whose work is featured in each episode.

Having a variety of different artists contribute to the project was also beneficial in several ways, for both the singers and the series. For instance, Gugudan only debuted around a year ago but was featured in the first episode, which likely boosted their popularity a bit as they reached a larger audience. Several of the artists featured in this album aren’t as well-known, but this was a great opportunity for them to put their work out there and gain a little more recognition.

Besides the benefit of gaining the artist a larger audience, the series itself was also improved with the variety of artists as each one was able to bring something different to the table for the changing phases of the couple’s relationship. Opening the album with “Perhaps Love,” Gugudan’s sweet, light vocals were perfect for backing the couple’s heart-fluttering first meeting and their subsequent growing attraction to each other. But as the couple’s relationship progresses, Car, the Garden’s sultrier sound is better-suited to match the increasing sexual tension between the couple as they anticipate their first kiss. 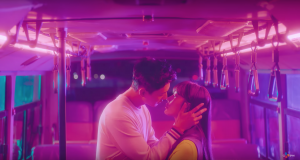 Kei of Lovelyz and Hong Dae-Kwang collaborated for the next track, “Wanna Date,” producing a syrupy sweet track about falling in love. While the two singers’ voices matched quite well, the song was a bit too bland and repetitive for my taste. Stella Jang and Kisum’s “About to Cry” was a welcome change as it introduced the first sign of hurt and uncertainty in the album to match the doubts blossoming in the couple’s hearts. Kisum’s heartfelt rap paired well with Jang’s breathy vocals, making for a lovely track full of emotion. Roy Kim and Kim Sun-jae rounded off the series with “I’ll Lose to You,” a bittersweet song song to wrap up the couple’s love story ending in forgiveness and reconciliation.

The cohesive narrative definitely helped to enrich the music as as it takes advantage of the viewers’ attachment to the characters whose story they’ve followed for weeks. As the songs are tied to important moments of love and doubt and heartbreak for the characters they’ve connected so deeply with, the viewers’ emotional ties to the song deepen as well. With more heart-touching visuals and context added to the initial interpretation of the song, there is more appreciation for the music itself as it is easier to feel the singer’s sincere emotions.

Creating these episodes is also beneficial to the production company as the episodes require less time, commitment, and resources than actual dramas. Minimal screenwriting is needed as there’s no dialogue and not an overly complex plot, and focusing only on two main characters also allows for a quicker filming period as there’s less conflict of schedules between the two actors as compared to hassle of working around the schedules of a whole cast. There weren’t any overly ornate sets or filming special effects employed, which also saved resources. 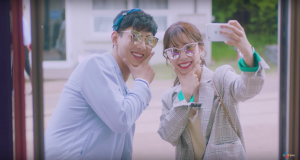 Despite the project’s good points, there are also some flaws present. While having a connecting storyline is a good way to keep viewers interested, it might not be enough to earn long-term loyalty to the project. The episodes were released once a week, which works well for a full-fledged drama, but it’s hard to create a real attachment to characters in only a three-minute video. It’s nice to watch all of the videos together after they’ve all been released, but the episodes might have been a bit too forgettable for people to actively wait for them and watch them every week. There’s enough attachment from the viewers to care about the characters, but not enough to fully invest in the series.

Another issue arises with the actual episodes themselves. While the idea might have been interesting, it was executed rather awfully. The series were filled with painful clichés and overused tropes that have already been beaten to death, resulting in a somewhat boring and predictable viewing experience. The girl conveniently falls into the guy’s arms, shares an umbrella with him under the rain, and engages in other such ridiculously overused tropes. There was also a rather unclear and unsatisfying ending to the couple’s love story, and while some people might prefer a more open ending, it felt rather disappointing and anticlimactic after so much build up.

Overall, the project could have been improved with a little more spark and originality, turning the series from flat soda into champagne. The songs themselves were well-done, but none of them stood out to me particularly. I found the series to be somewhat reminiscent of Day6’s MVs for “Congratulations” and “You Were Beautiful,” which also followed a couple’s love story featuring actors Choi Woo-sik and Jang Hui-ryeong. Despite my reservations, if another series like this was created, I’d still be interested enough to watch it and see another take on this style of storytelling.