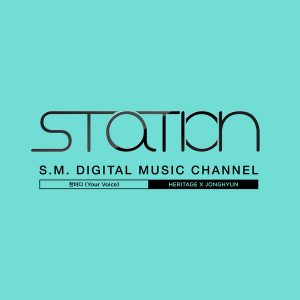 In late January of this year, SM Entertainment announced that they would be embarking on a unique digital music project with weekly digital single releases. Named SM Station, it is essentially a digital music channel featuring not only SM artists but also outside artists, producers, composers, and even company brands. As part of the innovative New Culture Technology (NCT) movement proposed by Lee Soo-man during the press conference, Station aims to promote musical diversity, artist development, interaction with fans, as well as advancement into the global music market. While Station is still ongoing, let’s take a closer look at some of its successes and downfalls so far.

The biggest victory of SM Station is probably its promotion of different artists, producers, and composers within the company. As SM is a huge company with countless artists, it’s inevitable that some are overlooked or underrated. How many times have we thought that a certain member of a group should receive more parts? This is where Station comes to the rescue. For example, while Wendy of Red Velvet is known for her power vocals, Joy may sometimes be disregarded; thus, Joy’s duet with Seulong of 2AM in their recent release “Always In My Heart”, a heartbreaking ballad, showcases her sweet vocal colour and great harmonisation, reminding us of her emotive vocals. Therefore, this project is used as a way for SM’s artists to show their major talents, giving them opportunities to shine where they may not have been able to previously. 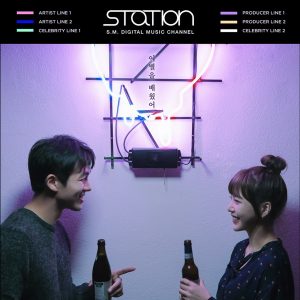 Another huge success of SM Station is its venture into different genres, revealing their artists’ diverse styles. For SM, this strengthens the company’s image as a music label as it is not solely limited to a certain sound. What’s more, SM and their artists get to experiment with virtually zero-risk, since the releases are so frequent. Releases of different genres can also appeal to various audiences, which may result in bigger fandoms as artists have a greater public outreach.

One example that comes to mind is f(x)’s “All Mine”, which advances into the EDM category. Featuring more of a Western sound, this track seems to target Western audiences, as well as to introduce local fans to EDM (which is fitting since SM is also planning to venture into EDM as part of the NCT movement with the creation of ScreaM Records). This release was met with positive responses, charting 12th on Korean Gaon Digital chart and 2nd on the Billboard US World Digital chart, proving the release’s popularity in the US.

SM can often be seen as a very closed-off and exclusive company, but SM Station changes that with its emphasis on collaboration – particularly with those outside of the label. Aside from Joy’s collaboration with 2AM’s Seulong mentioned earlier (which additionally bridges a connection between the friendly rival companies), Chen of EXO also worked with Alesso, bringing SM to the forefront of the global music market by pairing the main vocal of one of Korea’s top groups with a world-renowned DJ. Among other collaborations are EXO and Yoo Jae-suk’s “Dancing King” maintaining the group’s local relevance in hit show “Infinity Challenge,” as well as Yuri’s and Seohyun’s collaboration with Pantene in “Secret”, seamlessly interlinking two of Girls’ Generation members with the global company to present a unique way of advertising! 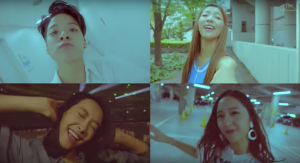 However, perhaps the biggest problem of SM Station is its consistency in the promotions and quality of the releases. While some singles like “Always In My Heart” have high-quality music videos with gorgeous aesthetics and a plot, others like Jonghyun’s and Heritage’s “Your Voice” did not have a music video at all and the full song wasn’t even uploaded onto the SMTOWN Youtube channel. While the absence of a music video may be chalked up to artists’ busy schedules preventing them from having enough time to shoot one, there does seem to be a discrepancy in the promotions of each release, with some tracks being promoted more than others. So far, only “Born to be Wild,” a collaboration between JYP, Hyoyeon of Girls’ Generation, Min of Miss A, and Jo Kwon of 2AM has been performed in music shows.

In refutation to the above argument, when considering SM Station’s overall purpose, this project is less about the production and promotion than it is about showcasing each and every artist’s individual talents, passions, and styles, and diversifying the music label on a whole. Considering the frequent weekly digital releases, it may simply be impossible to have releases fully accompanied with a high-quality music video and for the artist to promote for a few weeks on music shows.

While not all fans may be satisfied with the production and promotion of each Station release, that is not the purpose of SM Station. In giving each of its artists to create and experiment with their own style of music, Station has definitely succeeded, all the while broadening its repertoire and building strong connections with other companies. Ultimately, SM Station has so far been a great success, and I for one look forward to the rest of the year’s releases!