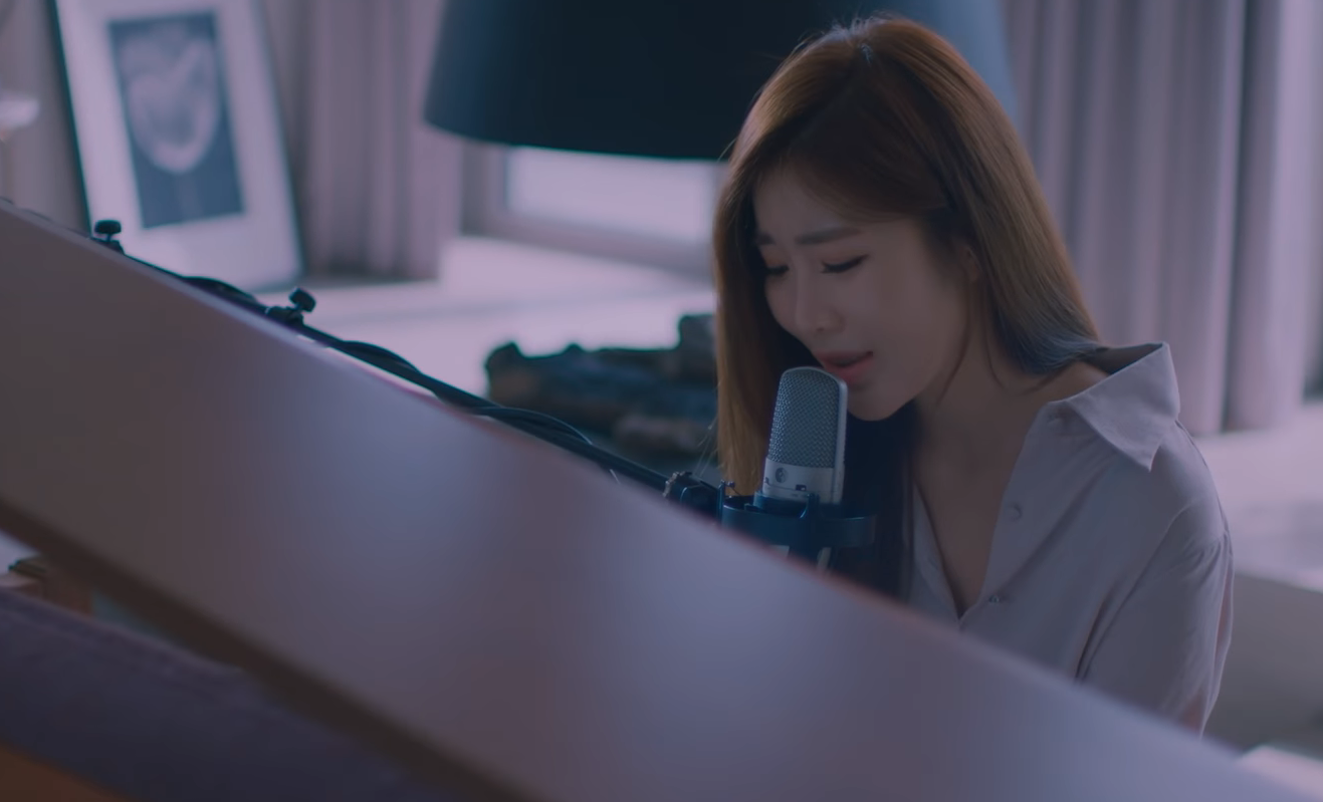 April brought with it a diverse range of vocals and performances to help us better welcome Spring. Looking past the obvious stellar releases by artists such as IU, Minzy and Winner, there are numerous others well-deserving of our attention. Overcoming the odds of having to plough through the blackhole of the internet for K-pop gold, this month’s Unsung Artists is dedicated to those tracks that have missed the spotlight.

Laboum was probably an average girl group until they received their first ever award on Music Bank for “Hwi, Hwi.” Beating IU for the win, netizens flew into a flurry regarding this seemingly impossible result. Arguments surrounding Laboum’s win brought up how IU’s “Can’t Love You Anymore” topped all the music charts, making the results fairly suspect considering Laboum’s track proving to be comparably less popular than IU’s.

However, reassurances have been made regarding the scoring system promising Laboum’s win to be a fair and deserving one. One of the reasons attributing to Laboum’s win was their physical album sales, in which IU was unable to bring in any points as physical album sales had yet to be tallied for her release. Perhaps it was good timing that allowed Laboum this win over IU, but credit should still be given to Laboum’s charming new track.

“Hwi, Hwi” draws away from the overly energetic tunes or strong character of girl group songs. Recalling the pleasantness of well-harmonised mature voices, it promises a familiar and comfortable listen. Rather than relying on hyping up the atmosphere with heavy dance beats, “Hwi, Hwi” proves the vocals of the group through the belting of high notes and stunning supporting voices. Coupled with the brightly coloured MV that brings together song and dance, Laboum’s “Hwi, Hwi” is in no way undeserving of their Music Bank win.

It is easy to lose character with dance music these days, with boy groups spurning out release after release. SF9 does unexpectedly well in promising a track that balances its rap verses with an addictive chorus. Though much less hard hitting than their previous releases, they have replaced the strong trace of masculinity with a well-built emotionality. In no way sloppy in their performance and musicality, “Easy Love” reveals SF9’s potential at creating their own flavour of music.

Lee Haeri, “Hate That I Miss You”

Bringing a track that is filled with sadness, Davichi’s Lee Haeri makes her solo debut with her album h. “Hate That I Miss You” is a simple track compositionally, with Haeri’s vocals accompanied by a lone piano. Yet, the track overwhelms with melancholy through Haeri’s soulful voice. She belts out her heartbreak through the song, affecting deeply with lyrics that seem to describe too familiar feelings:

Once again proving that a brilliant song needs only a stellar voice and well-written lyrics, “Hate That I Miss You” stirs up a welling sorrow.

Junggigo is probably among the top few singers that consistently produce great tracks. Characterised by his calming voice and soothing tracks, he never fails to deliver an enjoyable listen. “Across The Universe” enters as a stylish track that rejuvenates. Refreshing with its orchestral start that switches to trendier electronic beats, the tune is a delight for the ears.

The lyrics are charming in its infusion of poeticism, that when delivered by Junggigo’s soothing vocals captures the heart:

The painting of the universe on the streets truly reimagines the nightscape of a city into something extraordinary. The image itself is enrapturing enough. Coupled with the allure of the melody and vocals, the track becomes a reprieve from the clamour of harder-hitting music in the industry.

Kisum’s tougher image that probably came through in her rise to fame after Unpretty Rapstar seems to be wearing itself off. Adored for her sassiness, it is a pleasure to know her as a multi-faceted individual. “Sleep Tight” has a tenderness to it without trying to prove itself as strong or feminine. Rather, it comes through as an honest relating of emotions.

As though having an intimate conversation through her music, the affection she conveys is heartwarming as she reassures her loved one to sleep. A perfect song to accompany a quiet night, Kisum’s “Sleep Tight” is a sincere acoustic tune.

Perhaps the most complex of all the songs listed in this article, Gaeko’s “Gajah” stands as testament to the poeticism and aestheticism of hip hop music. The MV and the track itself coalesced to create an experience that blew my mind.

The MV is a trippy ride in itself with its larger than life metaphors painted through animation. The attempt at representing the world of these animated figures three-dimensionally to mimic reality, yet intentionally failing to do so produces a quirkily eerie image. Bringing such a portrait together with an overarching darkness that looms throughout the video, the MV sends a strong message to its audience of a perverted reality.

The lyrics pushes such an image even further. Not the easiest to digest, Gaeko and Rap Monster deals to its listeners an untainted and crude picture of the world:

In this complicated world
The only thing that’s for sure
Is the current state of you and me, pushed around by life
Destiny, that bastard, puts a price on us
Forcefully selling us loneliness all our lives

The chorus kicks in like an anthem for the struggling and disillusioned, pushing endlessly forward. The song drives onwards before suddenly dropping into an echoing reverie for a good half a minute till the end. Almost inexplicable an experience, it takes multiple replays to graze even the surface of meaning. The entirety of the track, including its MV, manifests itself as an enthralling yet slightly terrifying depth to dive into. Gaeko has truly presented an exemplary piece of art that goes beyond the labels of mere entertainment.

Readers, what were some of your favorite songs in April that you felt went under the radar?