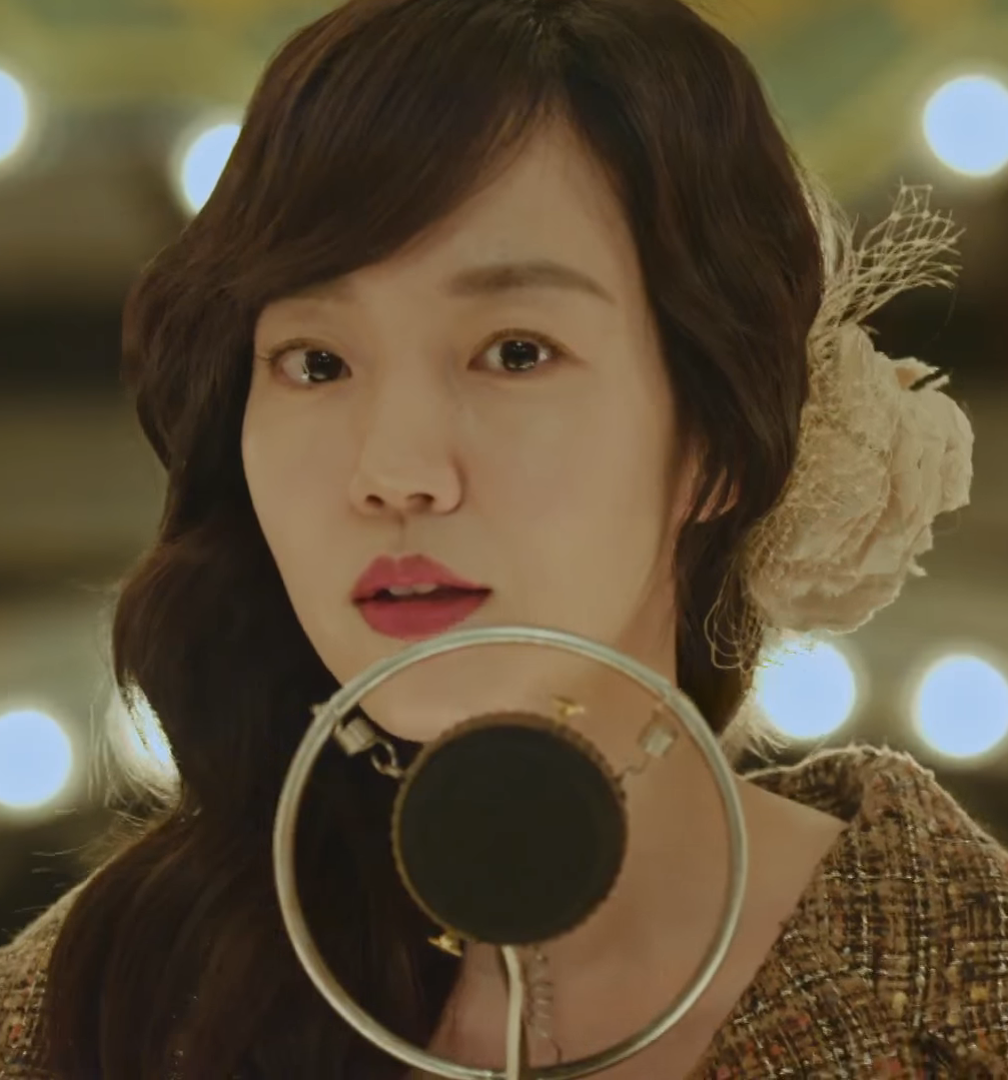 Attempting to tie the past to the present can come off as sloppy if done in a haphazard fashion with broad strokes. The appeal of Chicago Typewriter relies heavily on progressing both the lives of 1930s revolutionaries in parallel with the quirky present-day characters. The consequent mirroring of these two plots then works toward persuading the audience of theme of reincarnation the story revolves around.

Episode 5-8 work towards revealing the relationship of Seo Hwi-young (played by Yoo Ah-in), Ryu Soo-hyun (played by Im Soo-jung) and Shin Yool (played by Ko Kyung-pyo) in the 1930s while complexifying the web of relations in the present-day. Rather than offering a predictable build-up of tension between writer Han Se-ju and Jeon Seol, the drama is fraught with ambiguity in the tenuous friendship between its characters. Buried beyond the surface of a supposed romance, the audience is made to anticipate a tragedy in the making.

This review contains some spoilers for Episodes 5-8. We kindly ask that readers use spoiler tags in the comments when discussing the episodes that have yet to be reviewed.

After Episode 1-4, the drama left off with the bubbling conflict arising from the elusive ghost writer trespassing Han Se-ju’s house and producing works for him. Compounding on this problem are fragments of the past revealing the tension between writer Baek Tae-min (played by Kwak Si-yang) and Han Se-ju that point towards Baek Tae-min’s plagiarism of Han Se-ju’s work. The supposedly plagiarised work then shoots Baek Tae-min to fame, resulting in the collapse of the relationship between the two foster brothers. 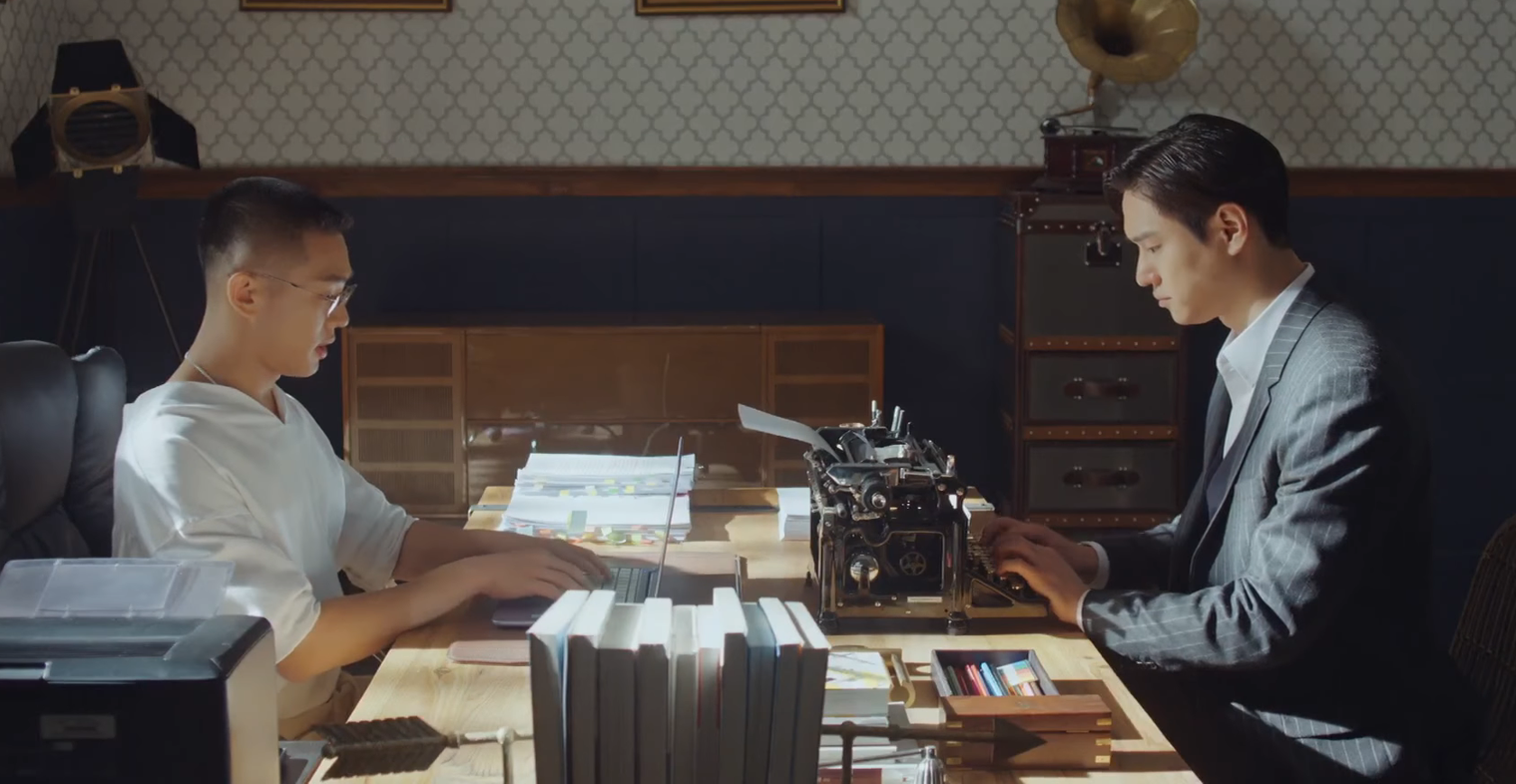 These tensions locate themselves in the realm of artistic discussion that prizes originality in a piece of work. Confronting the complexities and politics of the publishing industry, these problems expose the cruelty of criticism in the public eye and how much such expectations might push one over the edge. Writer Baek Tae-min is not as angelic as he seems as his façade slowly cracks under pressure to expose his violent tendencies.

Contrasting this collapse of the prince charming image of Baek Tae-min with the tortured and struggling artist that is Han Se-ju, it is predictable who would emerge as the winner in the courting of Jeon Seol. Perhaps such a character development flattens out Baek Tae-min’s character far too much and condemns him easily to be the bad guy in the story. The nemesis figures in the present-day plot becomes represented by Baek Tae-min’s family, with his mother plotting endlessly against Han Se-ju, causing the story to sacrifice some of its realism and complexity in exchange for an easy target.

Losing the depth of character in the process, the drama’s development renders Baek Tae-min to the side-lines. The grander narrative relating to the 1930s plot is drawn into the spotlight, with the revelation of ghost writer Yoo Jin-oh to be the ghost of deceased 1930s revolutionary Shin Yool. The drama drags on in these few episodes with the constant repetition of Yoo Jin-oh/Shin Yool’s interference as a ghost in the interaction between Jeon Seol and Han Se-ju. His presence always throws a wrench into matters and causes miscommunication between the two. The cycle of apologising and then collapse due to yet another misunderstanding and the return to Han Se-ju’s confrontation of Jeon Seol goes on like a clockwork in the drama, causing its allure to start dissipating. 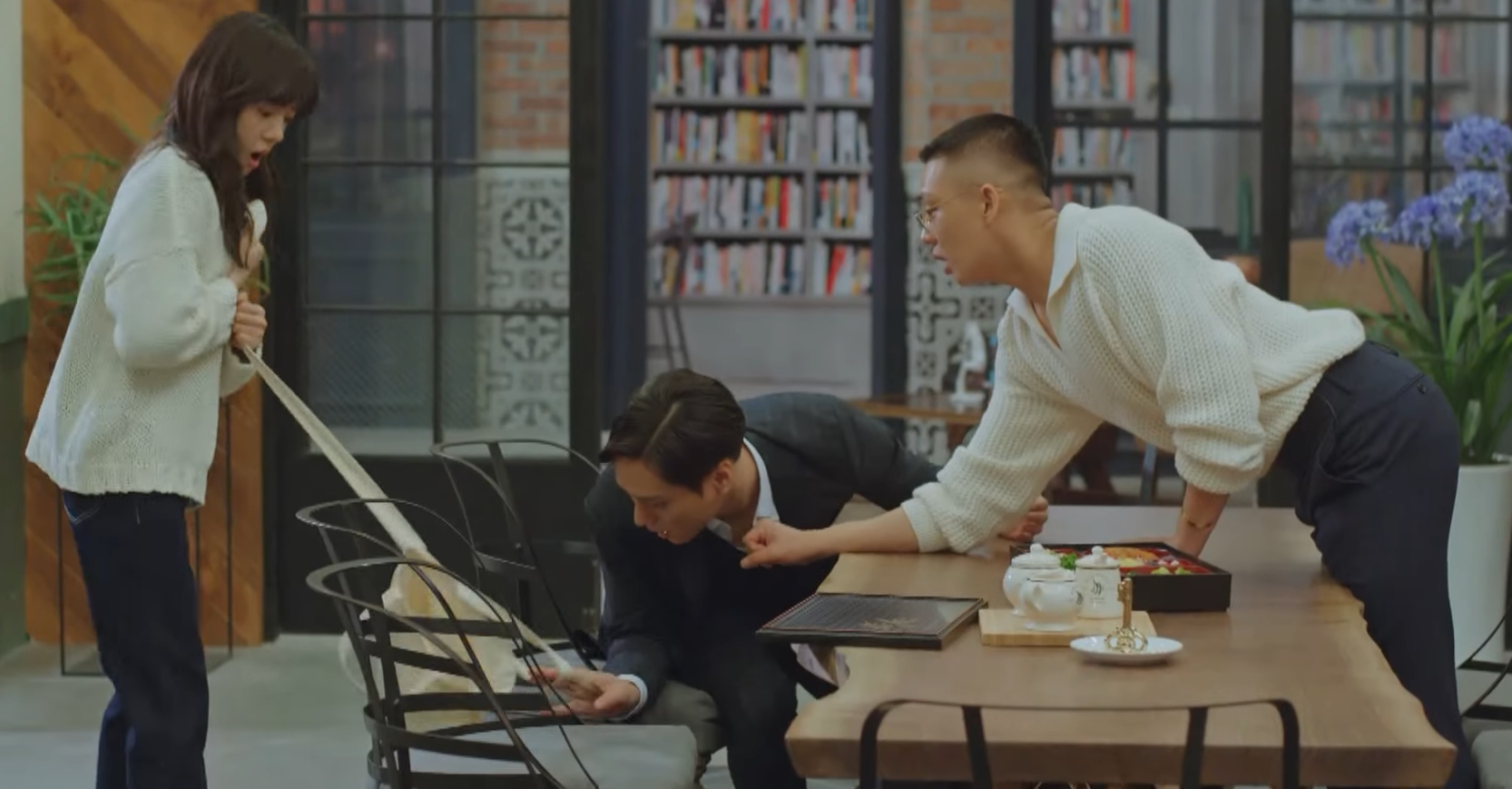 The novelty of items tied to the past slowly falls away in these subsequent episodes as well. In its place, the focus is shifted to the act of remembering. Han Se-ju and Jeon Seol get flashes of their past lives in the blurry moments of waking and sleeping. Pushing the drama towards a realisation of their past lives, the numerous threads to the past seem neglected at this point. The prominence of the typewriter’s history and the pocket watch are quickly quashed and these tokens become convenient ways to talk about the parallel lives of characters in the past and present.

Perhaps overly ambitious in the incorporation of motifs and threads to the past, the drama starts to feel slightly overwritten, losing its sharpness in storytelling. The segues into the past starts to show traces of sloppiness. Obvious links to the past are dropped in everyday conversation – far too overt an attempt at drawing ties between the past and present. Jeon Seol makes a reference to past lives, saying that she might have betrayed her country in her former life to result in such a turbulent fate now, so much so that nothing seems to ever go her way. However, this is not the first time Jeon Seol raises such a comment, making the poignancy of the statement lose its traction.

A saving grace redeeming the drama would be the extended segments of the 1930s plot revealed to the audience. It is now clear that Han Se-ju is the reincarnation of talented writer Seo Hwi-young, whereas sharp shooter Ryu Soo-hyun is reincarnated into Jeon Seol. The drama manages to present a captivating image of heroism through these three characters, sustaining the attention of the audience. 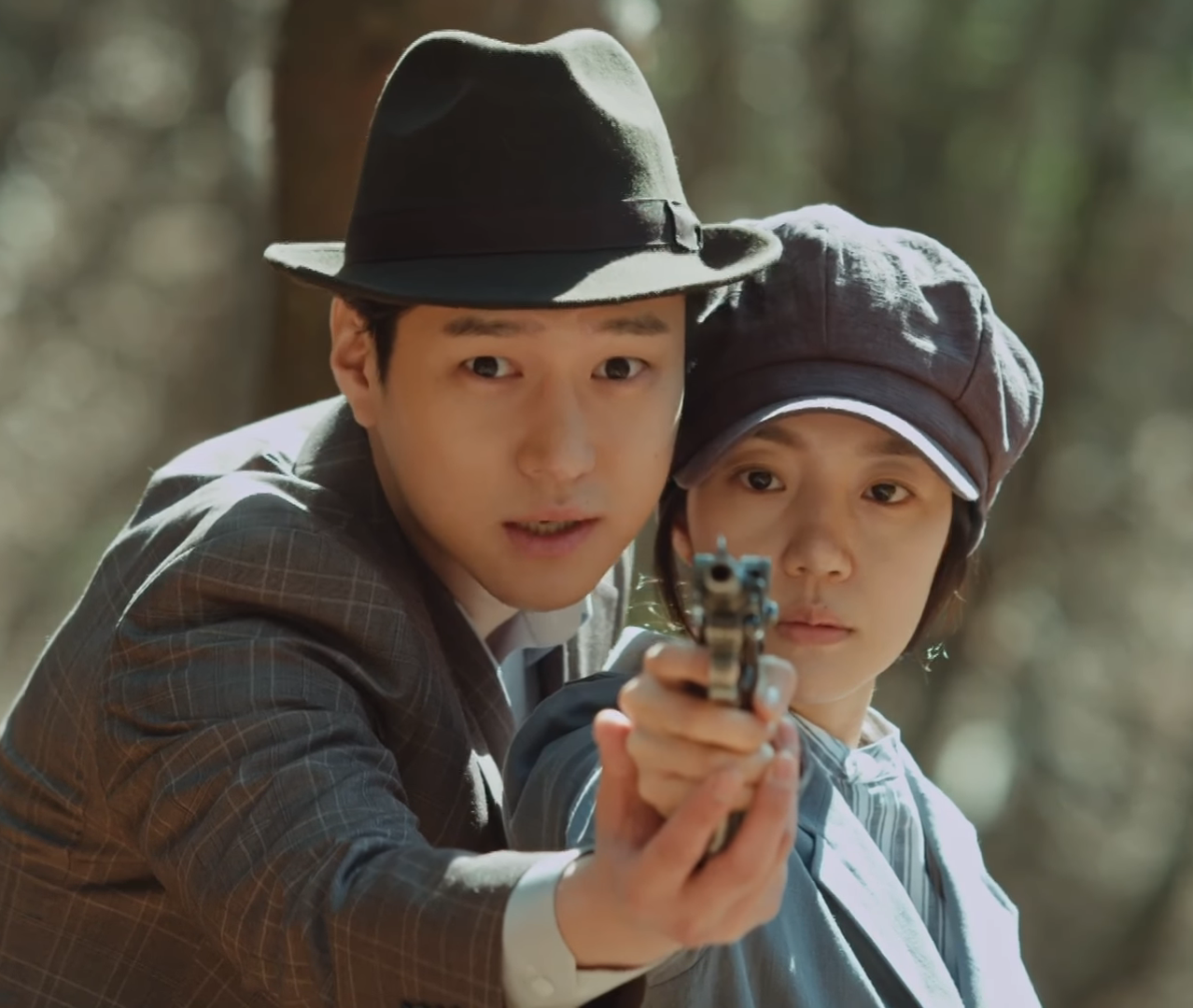 The revelation that possibly wins back the plot would be the hanging ambiguity of the fate of these charming revolutionaries. We are told that the story Han Se-ju and Yoo Jin-oh have finally agreed to work on in the present day is a retelling of the experiences of Han Se-ju and Jeon Seol’s past lives. However, there is a catch – Yoo Jin-oh/Shin Yool is unable to piece together the final moments of his life. Hence, he needs Han Se-ju to complete the novel through a recollection of memories from his former life as Seo Hwi-young.

Beyond this contract between Han Se-ju and Yoo Jin-oh/Shin Yool, Jeon Seol also admits she sees visions of her past life whenever she holds a gun. She confesses a deep sense of guilt attached to these memories, generating a portentous anticipation of tragedy when recollecting Yoo Jin-oh/Shin Yool’s own amnesia regarding his death.

A promising and fascinating start that seems to slightly struggle in maintaining its novelty, it would not be unexpected if more sacrifices towards character development or the sustaining of motifs are made. However, the allure of the 1930s storyline remains. Perhaps more so than wanting to know how the story ends with the present-day characters, it is the anticipation for the story that Han Se-ju will write about the revolutionaries that continues to spark interest. The readers of Han Se-ju’s novel expands beyond the world of the fictional to include the drama’s audience as we continue to anticipate the conclusion to a story of possibly great heroism.