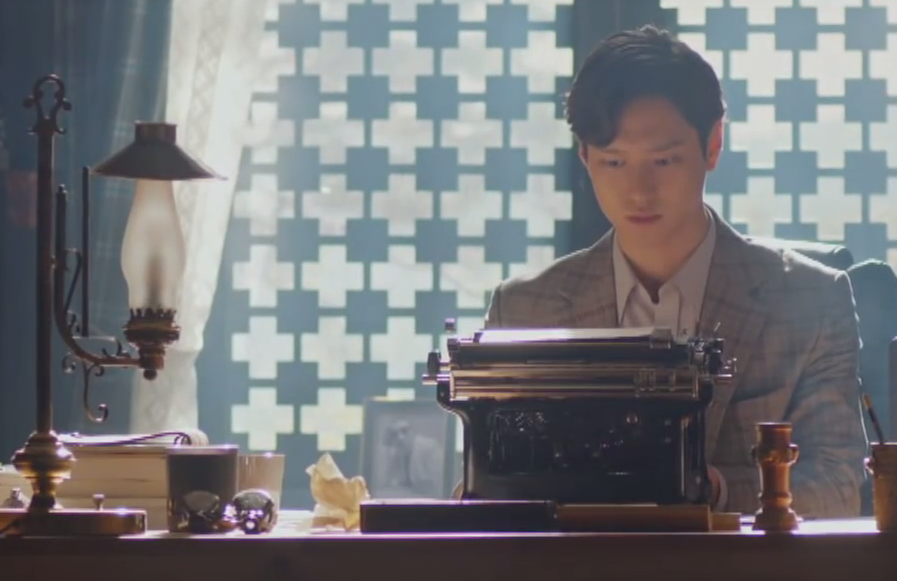 Perhaps many might still be reeling from the brilliance of Goblin, with its intricate script and the nuanced discussion of themes concerning life and death, reincarnation and the supernatural. Yet, what better way to recover from a stunning drama than with another? tvN promises another sensational hit with Chicago Typewriter. The new drama revolves around the lives of a popular writer that has hit a slump, a fan and a ghost writer. Delving into the complexities of the publishing industry, Chicago Typewriter shines a spotlight on an institutional structure that oftentimes escapes media coverage.

The appeal of the drama is compounded by an intricate weaving between these present-day characters and their past lives as writers during the 1930 Japanese occupation of Korea.  More than just borrowing the caveat of history to make the drama more interesting, Chicago Typewriter seems more ambitious a project – there is a promise of shedding light on the plight of young people struggling to survive and express themselves during a period of hardship in Korea’s history.

The drama sheds light on the underlying tensions between writers in a highly competitive industry. Fraught with conflicts and concerns about repute, it seems that the institutional politics prevalent remains inescapable even in the realm of the arts. Perhaps giving the audience such a behind-the-scenes look at the harsh realities of the publishing industry, it adds to the realism of the writers introduced. Adding to such a reflection of society is the discussion surrounding the pervasiveness of writing in forming beliefs. Going beyond entertainment, Chicago Typewriter promises a self-reflexivity on the nature of art and the responsibility of the artist (in this case, the writer). 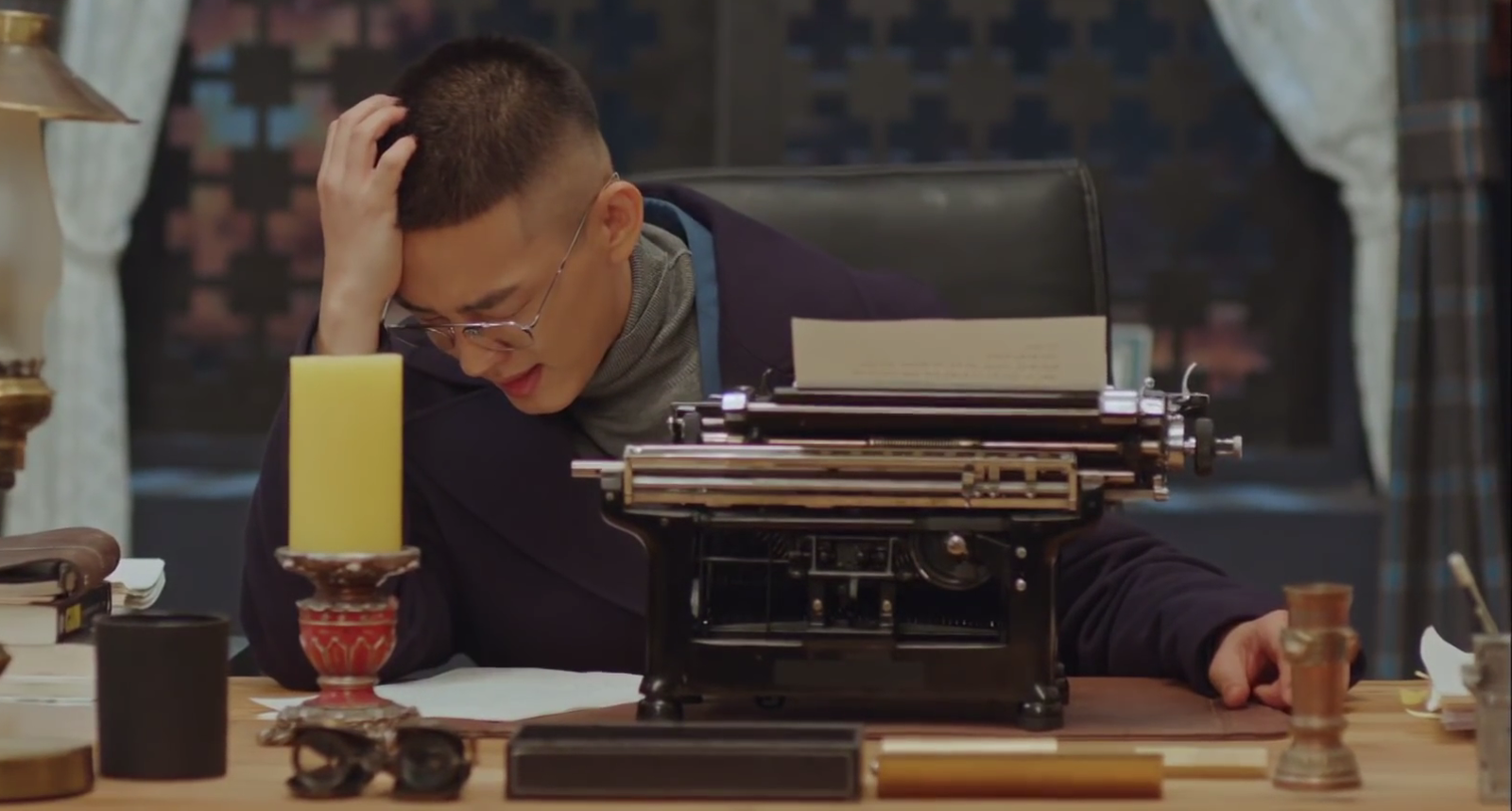 The first few episodes build a solid base in establishing the personalities of the respective characters. Han Se-joo, played by Yoo Ah-in, comes off as the typical celebrity figure caught up in self-entitlement and a bubble of self-importance. He is cold and collected, but not a flat character in his aloofness. The audience also slowly learns that Han Se-joo himself is hiding a dark past involving writer Baek Tae-min (played by Kwak Si-yang) and his family.

The conversation between the two writers after a chance meeting at a bookstore foreshadows the coming danger borne from Han Se-joo’s recent novel. Baek Tae-min raises the worries of his father regarding the dangerous content of Han Se-joo’s writing that might put himself at risk. However, this is quickly dismissed by Han Se-joo as he retorts with recalling a conflict between them ten years ago – that which is not revealed to the audience.

The first crisis occurs when Han Se-joo’s home is broken in by a crazy fan who claims his novel instigated him to commit murder. This encounter then leaves a trail of scandals surrounding Han Se-joo. From rumours of stalkers, to potential plagiarism and eventually the potential criminalisation by his writing. The drama brings into discussion the ability of writing to affect and the inherently double-edged nature of text. Perhaps acting as a self-reflexive commentary on art itself and the act of script writing even, the drama speaks of the power of writing to educate as well as to pervert, especially through popular media. 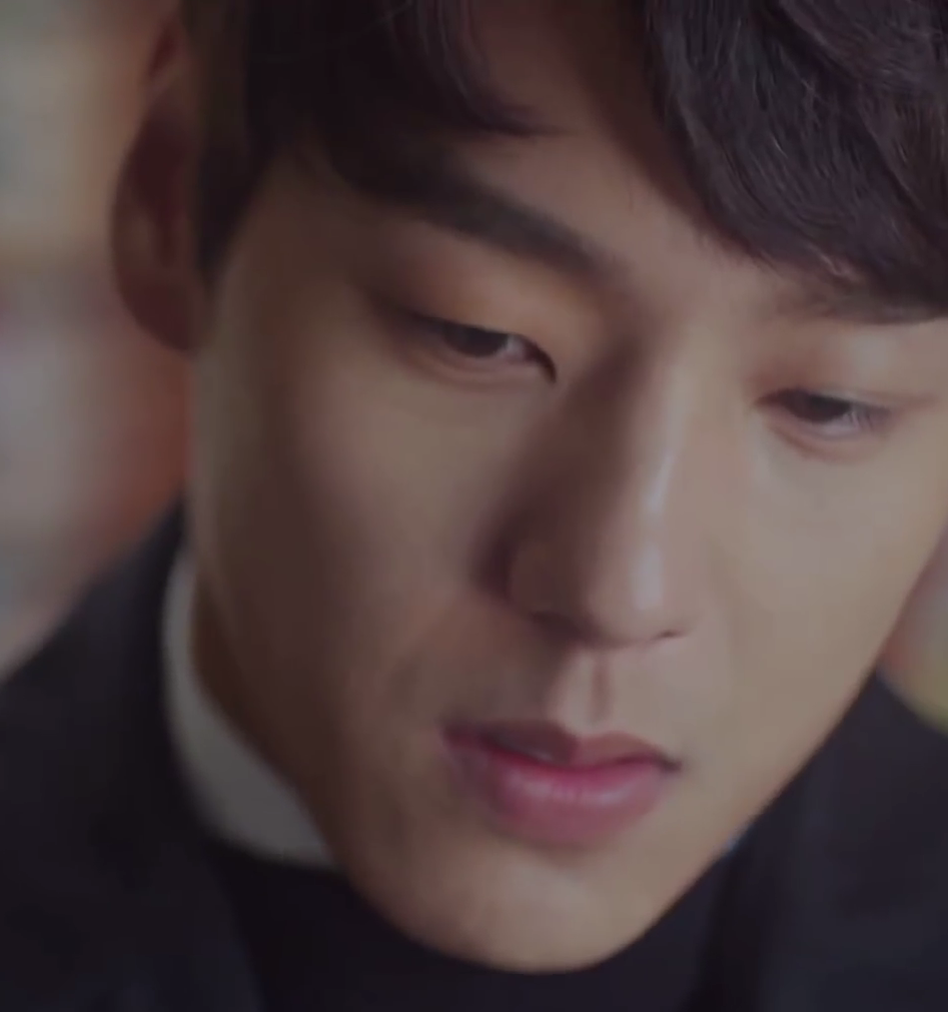 Following this, the audience also comes to know that Baek Tae-min’s mother is plotting to bring Han Se-joo’s reputation down by commissioning a reporter to write fallacious accusations of Han Se-joo and his writing. At the end of episode four, the audience realizes that Baek Tae-min’s best-selling novel, “Fate,” was originally written by Han Se-joo. Potentially having his manuscript stolen and republished under Baek Tae-min’s name, it exposes the reason for the rocky relationship between the two writers.

The endlessly treacherous path of the writer as he navigates the public’s scrutiny and struggles with producing novel content under a tight deadline exposes the harshness of the industry itself. Demanding and unyielding, writers like Han Se-joo are forced into a corner as they are made to churn out endless content. It is no wonder Han Se-joo is on medication for his mental health and eventually collapses into a creative slump.

The drama also makes space for a strong female voice in its female lead. Self-employed in an errand service agency of her own, Do Anything, Jeon Seol (played by Im Soo-jung) is tasked to deliver a parcel to Han Se-joo’s home. However, Jeon Seol is no typical innocent Cinderella that the male whisks in to save. The audience is promptly told that she is academically and athletically accomplished, having attained a diploma in veterinary sciences and been a candidate for the Olympics team. The mystery then lies in deciphering the reason why Jeon Seol decided to give up success to become a “legendary part-timer.” The audience is also told that her name, “Jeon Seol,” means “legend,” adding to the enigma behind the orphan girl. 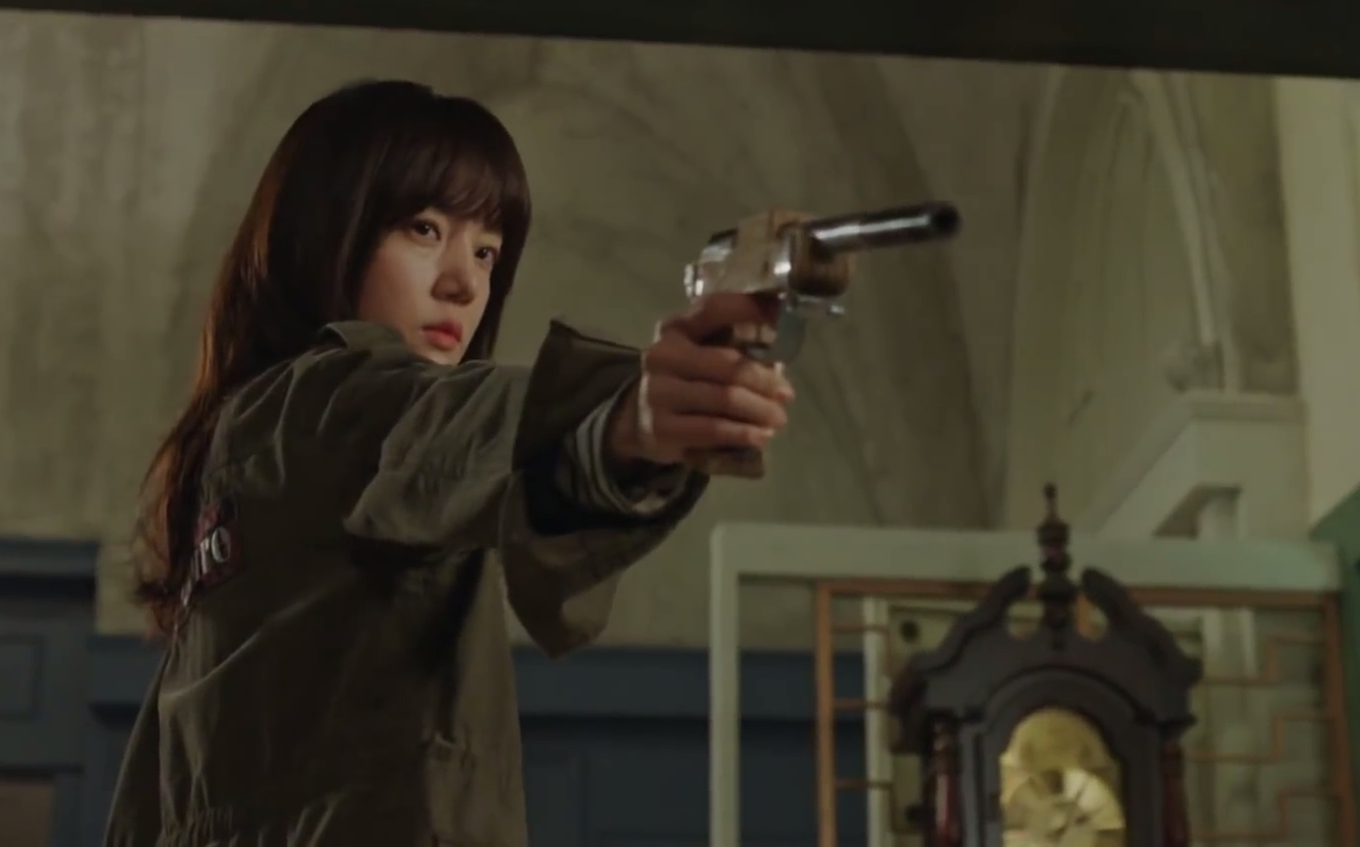 At the end of episode two, Han Se-joo has collapsed into a creative slump and the audience is introduced to the third lead, ghost writer Yoo Jin-oh, played by Ko Kyung-pyo. Han Se-joo, on the other hand, has crashed his car after driving furiously to clear his mind of depressing thoughts. Saved by Jeon Seol who had run off to clear her mind, the heroine figure begins to establish herself against an overwhelmingly male cast. Both in her past life and in her present, Jeon Seol seems to shine through as someone out of the ordinary in her abilities. As a resistance fighter that takes the active role as opposed to the seemingly passive and self-indulgent writer, the female is enshrined as a saviour rather than condemned to be oppressed.

Perhaps one of the greater concerns would be the interweaving of the 1930s plot into the present day. The audience also gets a glimpse of a scene from the 1930s, where the actors look vastly different from their present-day selves. The production value is proven in the interweaving between the past and present in a natural manner. Transitioning between the two time periods with fades and spinning shots, the characters flit between their two selves. The audience are drawn into both realities and make the links between the two. 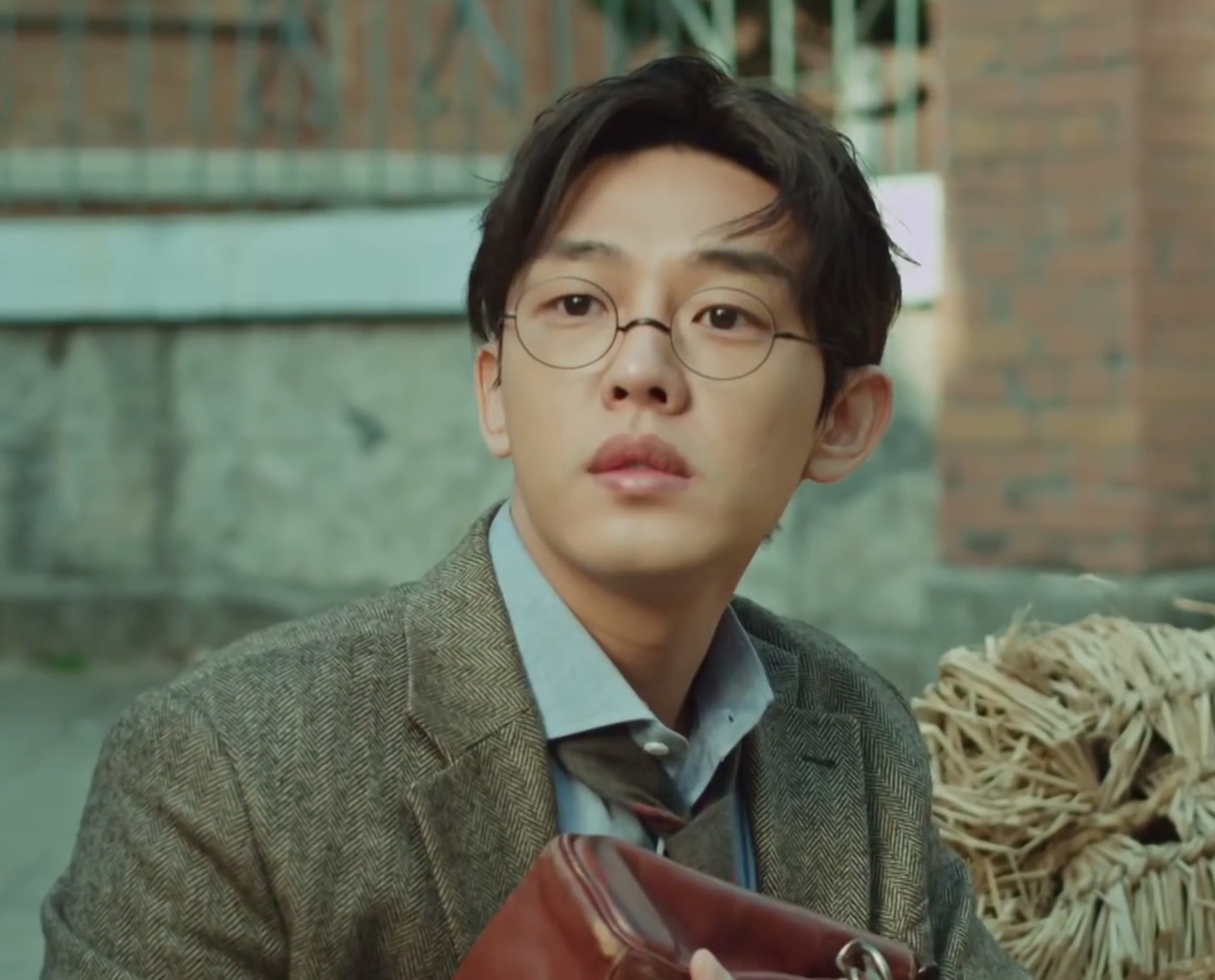 It is made obvious that Han Se-joo was a writer in the 1930s, sitting at the typewriter, charming in his disheveled hair and glasses. The audience is also privy into another fact – Jeon Seol is likely to be the reincarnation of a girl supposedly phenomenal with handling a gun in the 1930s.

The drama also makes these links between the two time periods visibly prominent through the use of objects. Adding to the numerous threads of unrevealed entanglements and enigmas is the question of the typewriter itself that features at the very start of the first episode and runs itself through as an object anchoring the plot – a bridge between the past and present. Han Se-joo first encounters when on a global book tour. It is later revealed that the typewriter originates from Kyungsung, Korea in the 1930s.

The typewriter seems to be more than the ordinary artifact – it has an agenda of its own and starts typing by itself, demanding to be sent to Han Se-joo. The orchestration of a series of mysterious activities by the typewriter infuses the drama with a supernatural strain. Jeon Seol’s pocket watch that is given to her by her father is another object with threads leading into the past. Coupled with fortune teller Wang Bang-wool (played by Jeon Su-kyeong), a lady who is the mother of Jeon Seol’s best friend and having brought her up after she loses her parents, the drama becomes more and more inexplicable yet fascinating. The ominous premonitions by Wang Bang-wool induces an anxiety that hypes up the drama.

The only puzzling point of the drama thus far is the extensive build up with references to the film “Misery” that kind of falls flat. Locked up in the forest cabin together after the car crash, Han Se-joo and Jeon Seol seems to be caught up in a “Misery” situation. For those who are unfamiliar with the 1990 film “Misery,” the film plays out when a famous author, Paul Sheldon, is saved by his fan after a car crash. She recuperates him back to health, but while he is recovering, she finishes his novel and realizes her favorite character is killed. She is furious and forces him to rewrite the novel after breaking his leg such that he is unable to escape. 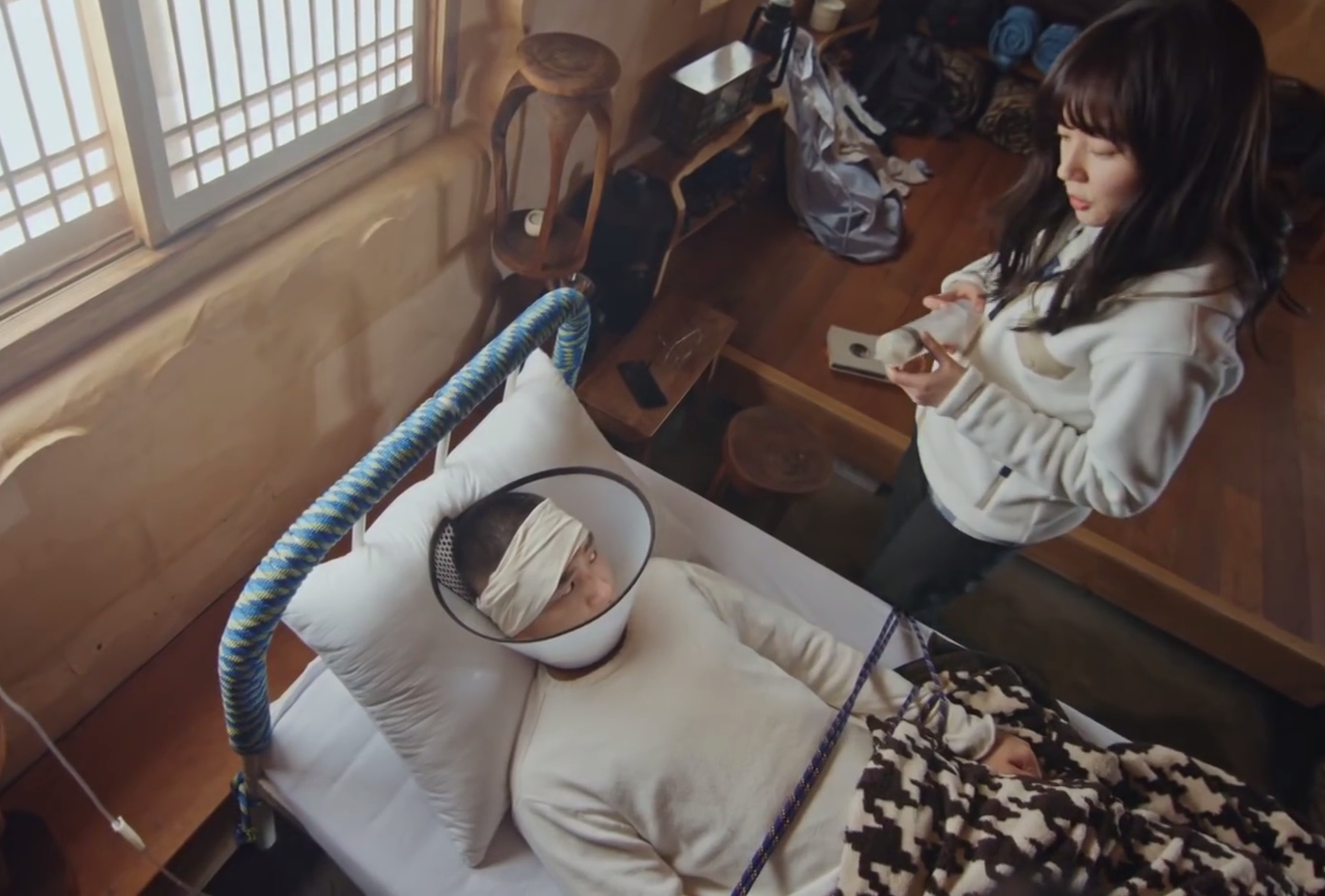 The multiple references to the film that laced the first two episodes seems to build up to this point. Yet, other than paying homage to the film and making such a comical moment possible, the intensive plotting of references thus far appears useless and far too laborious.

Thus far, the first few episodes manages to juggle between the harsher realism of everyday with the more fantastical dimension of the supernatural and themes of reincarnation. Alternating between a serious and comical tone, it offers a well-rounded and thought-provoking experience without being too heavy. Though the recent episodes seem to be bland in comparison with the first two due to the slower progression of plot, the drama seems to be headed in an upward trajectory in the coming episodes.

With new characters introduced and tantalizing cliff-hangers regarding the narrative of the past yet to unfold, there remains much too look forward to. There are so many threads to the narrative as a whole that I am beginning to question whether 16 episodes are sufficient to allow everything to play out fully. Perhaps what really draws the audience in is the fragmented glimpses of the 1930s that is waiting to fall into place – the puzzle pieces that when put together will form a coherent and brilliant narrative.