Too Epik for Words! Epik High Comes Back with "Shoebox" 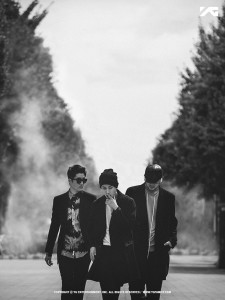 Legendary hip-hop group Epik High has finally come back with their eighth studio album entitled Shoebox. All I can say is that’s it! Class dismissed!

The album opens with an elegant orchestral arc, as if to say from the first track the album is a classic. From the first note of “Encore” DJ Tukutz showcases his skill as both an incredible composer and producer, giving us a track rich in depth as well as a peek into his influences—borrowing much from the likes of hip-hop icons J Dilla and DJ Jazzy Jeff with his use of The Miracles’ 1973 track “I Didn’t Realize the Show Was Over.” The sample and the song’s placement on the album prove quite apropos of the album’s message—the show’s over before it even starts. As soon as they hit the stage, all other acts can just go on home, “Even the hate from my enemies who are still fired up is fuel for my art. So fuck you and thank you. Curtain call.”

But Tablo and Mithra’s lyrics speak of internal struggle, uncertainty, and doubt from everyone around them inspiring them to fight harder, to fly higher: “So I told them, ‘Just watch, all of you.’ All you fuckers who stepped on us, thinking we were corpses, fuck you. We back.”

Shoebox is an album rife with pain, the most pervasive being the pain one feels after a breakup. “Happen Ending” is an example of Tablo taking this anger and transforming the emotion into fuel for his craft and a chance for reflection. In the same breath that he expresses the need to expunge his ex from his very being, he realizes the destructive habits he’s employing are doing nothing to fill the hole she left behind: “Am I really in love? Or am I dating to break up? Once again, it comes to me. An easy ending.”

As an afterthought to “Happen Ending,” “Rich” expresses how sometimes the cost of filling your life with what you think will give you happiness may be too high. Seeking out those things that you think will give your life fulfillment can and will leave you feeling just as empty as if you’d never found them. Filling the void with possessions only leaves you with a lot of “things” but no real sense of self:

“Spoiler” creeps into your soul and festers. The chorus’ cadence, wrapped beautifully in Tablo’s voice, is a throb and lilt, a lament that’s as much begging as it is resignation. Our protagonist has seen the ending of something beautiful before it’s even reached its climax: “I tell myself it’s not true, but I feel the spoiler. Should I watch till the end? Or should I leave now? What if there’s a twist?” You can feel the pain in the music as much as the lyrics. The use of sampled strings and the hollow pop of a drum beat match the thrush of emotions felt at the inevitability of a relationship and the heartbeat of someone desperately hoping things change.

While Shoebox most certainly forces the listener to consider the angles and slopes of life, this is an Epik High album. “Burj Khalifa” gives off a bit of a “Rap God” vibe, each MC’s delivery reminiscent of the way Eminem cemented his status as one of the most important artists of the genre. Epik High, too, has proven to be one of South Korea’s most profound musical ambassadors. With Yankie and Gaeko adding their flow to the track, it’s definitely a song meant to inspire images of superiority over every other artist in the industry: “My rap’ll jump above your heads for the next 10 years, it’ll get louder. Floor noise. I move across generations. My name was found more on medical charts than music charts.”

“We Fight Ourselves” forces listeners to ask, “Is it all worth it?” Younha’s soft, lilting vocal adds character to the track, the lover who forces our protagonist to not only question why he’s there, but to fight himself and his need to find something to take him away from the constant bickering with his significant other: “Everything but your faults is a crime. I protect my lonely innocence with more of my sins. I do it more when you tell me not to. I understand twice when you misunderstand at once.”

The softness Younha provided in the previous song is counterbalanced with Nell lead singer Kim Jong-wan’s crack and growl in “Amor Fati.” One of the album’s most powerful tracks, Tablo himself is cited as saying he wrote it for those “who have been mistreated because they were born the way they are.” The title (Latin for “love of one’s fate”) is a brilliant moniker for a track in which the first line is, “God doesn’t love me.” Tablo explores the corruption inherent in society, a social experiment in which there’s a defined “norm” that everyone must follow. We’re force fed this reality, to the point where some just don’t know where to turn, are stuck in a never-ending loop of judgment and fear, until they’re forced to rebuke it entirely: “They break a perfectly fine wing and make you crawl on the ground. They click tongues and point fingers. Does that mean you can throw stones at the sin-less? Isn’t throwing a stone a sin itself?”

“Born Hater” is the type of track that puts all other artists on notice (and on blast). Featuring Verbil Jint, rookie group IKON’s Bobby and B.I, and WINNER’s Song Minho, the song calls out the entire industry, letting everyone know they need to step up their game. Of course, there’s nothing inherently malicious in the track, but the flow is vicious, and the delivery is just too damn rude! Each MC’s lyric is so nasty, it’s hard to choose just one verse, but the song can pretty much be summed up with the chorus:

Wow look over here, cowards will run away, no doubt
Are you looking? If you don’t like me, then you do it
Hide carefully, I can see you, how dare you underestimate me
The scale is different here, it’s motherfuckin’ do or die

“Lesson 5” is another in the series of philosophical insights Tablo has offered listeners from their debut, the last being “Lesson 4 (Tablo’s Word)” on 2009’s [e]. The world is a mess of people trying desperately to succeed, to bleed each other dry until there’s nothing left. Tablo gives us a moment to consider what would happen if everyone just sat still: “If the whole world shuts up, the first person to be deaf is the king. If you give just one drop of blood to this thirsty world, they stick out their clicking tongues, ‘One glass for me too.’”

Jay Park adds his vocal to track “Life is Good.” It’s a declaration of being happy with life despite the naysayers who would try to bring us down. The cadence of “I’m so good” is self-affirmation, brushing aside the negativity of life and allowing the triumphs we experience to define who we are, not the hate and disappointment life tends to throw our way: “Success is my revenge. My venomous happiness is bigger revenge than holding a grudge. My smiling family looks way better than the blood tears of my enemy.”

When Taeyang released one of the most celebrated comebacks of 2014 with “Eyes, Nose Lips,” the entire YG family wanted to pay homage. Tablo was no exception. He offers the other side of losing a lover: anger. This bit of fight back from our protagonist is almost better than the original track. The venom in Tablo’s delivery gives closure to listeners who’ve been let down by their lovers. Instead of missing the most intimate parts of a lover’s body, Tablo wants to erase every memory they evoke:

I’m prayin’ that your eyes are the first to go.
The way they looked when you smiled.
The way they opened and closed.
Then your nose.
Every single breath against my neck.
And then your lips.
Every empty promise made and said.

Title track “Shoebox” expresses a very simple sentiment: Though the day is long, the search for some type of meaning even longer, I’ll never leave you alone. It may take a long time for our protagonist to come to grips with everything his life was and has become. But at the end of the day, he’ll always come back to the one he loves the most: “I might be a little late. But the time that passes while going home. This silence is the world’s only absolute peace. Never home without you. All alone without you. Baby I’m on my way home.”

Epik High has made masterful use of their guest stars. Taeyang’s voice has the right amount of heartache to give the songs he features on emotional depth. Nell’s appearance is both refreshing and poignant, the crack of Jong-wan’s voice adding a bit of darkness to the album. Won-seon and Younha’s voices are lighter, rose petals falling softly on skin. Meanwhile, each MC who brought his talents and explosive delivery to the project were just as important to their respective tracks as the members of Epik High themselves. 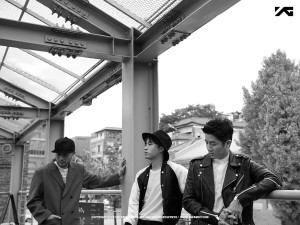 Shoebox is a triumph, expressing both the poignancy of love lost and the purging of inner demons. The image of a shoebox filled with the things you wish to never forget is clever. The album’s title perfectly encapsulates a range of emotions. Tablo is a brilliant songwriter, with a heart and power that pervades every single song he creates. With Mithra Jin’s contributions and guttural delivery, every track grabs your attention and never lets it go. DJ Tukutz is a musical mastermind. He and Tablo have an ear for music that should make producers in Korea ashamed of themselves for not reaching higher. With shades of artists like Nujabes and J Dilla, Shoebox may be the group’s most cohesive and mature work to date.

Quite frankly, as “Encore” states, the show’s over. Everyone else can go home—and I hope you learned something from this master class you were just given.