Roundtable: Turn The Speakers Up, It's Summer! 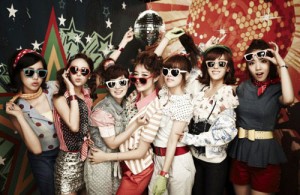 It’s summer now in South Korea, which means a slew of summer singles being dropped by K-pop’s idol groups. We all have our sentimental favourites for the season, but will always welcome a fresh batch of songs with each new year. What are your summer bops, both new and old?

Mark: Summer is always a great battleground for songs contending for Song of the Year status, which is why the market tends to get saturated with higher quality songs at this time of the year. Proof of point:

Sistar seems like a favorite at this point of reclaiming the title but there’s still plenty of summer left. 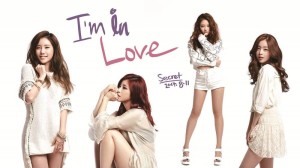 Personally, I was enthralled by Secret‘s “YooHoo” and am highly anticipating their comeback. Girl’s Day‘s “Darling” is also quickly becoming one of my favorite summer jams. And of course my all-time summer classic: “Bubble Pop.” HyunA, anyone?

Lindsay: How about I tell you what aren’t my summer bops; Hyomin‘s “Nice Body” and Sistar’s “Touch My Body.” Both songs painfully boring musically with subpar lyrics, both with hilariously awkward and un-sexy choreography, and both with costume designers who came from hell. I am especially disappointed because I have always felt that I could rely on T-ara and Sistar for catchy, fun, upbeat songs. After the glory of “Loving U.” I guess I put my standards up too high.

I have whole summer playlists comprised entirely of K-pop, but I’ll spare you the full details lest we be here all day. Three of the songs I have been listening to a lot this year are f(x)‘s “Hot Summer,” — a classic, and it doesn’t get more summery than having the word summer in your song — K.will‘s “Day 1,”  — for the times I want a sweet and cute summer song — and, strangely enough, Scarlet‘s “Hip Song.” The last one may seem a little out of left field, but it is a great summer party track, the likes of which no other group has released this year.

Gaya: f(x)’s “Hot Summer” is simply adorable for being so literal about the title. 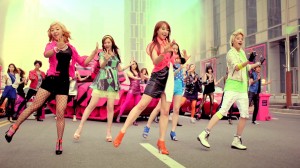 Forget steamy sex, let’s sing about sunglasses instead! Oh, bless you Kenzie. Other summer tunes I like are Infinite‘s “She’s Back,” Shinee‘s “Wowowow” and f(x)’s “Airplane.”

But moving on to 2014, and I have to agree with you, Lindsay: none of the summer releases have impressed me a lot this year. Sistar was more miss than hit, and while Girl’s Day have a nice tune, “Darling” just isn’t my style; as is “Solo Day,” though it comes pretty close. I need a song that helps me forget how cold it is in Melbourne, and it seems I’m still on the lookout for this year’s installment.

Lo: Okay, am I the only person who doesn’t like “Loving U?” Waaaay too much sugar for my taste. I actually like “Touch My Body” more. 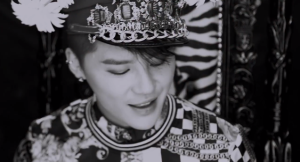 In my mind, spring is for sweet and summer is for sexytimes, so I prefer listening to Hyori‘s “Bad Girls,” Spica‘s “Tonight” and Junsu‘s “Incredible.” Also, Big Bang‘s “We Belong Together.” Not sure why.

Laverne: I thought the rest of the songs on Touch & Move stood out more than “Touch My Body,” especially “OK GO!” which is my new summer jam! But the best summer song has to be Block B‘s “HER.” It’s so fun and catchy!

Andy: “HER” is so great, right? It’s a nice combination of rock and hip-hop (which have become my go-to music genres this year). Add in the hilarious video in typical Block B style, and it’s a winner. 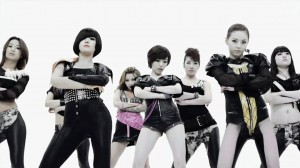 Willis: Even though it was released in 2008, “Sunset Glow” from Big Bang is one of my favorite tracks to play during the hotter months of the year.The smoldering heat works well with that light-hearted song.

I also love to play T-ara’s “Roly Poly” and Brown Eyed Girls‘ “Abracadabra.” Those two songs were defining hits of my summers of 2011 and 2009 respectively. I love the energy and memorable dances. This year I have to say that “Darling” is probably my go to song of the summer so far. It’s always great to hear happier songs from different artists during the warmest season of the year.