What it Means to be a Woman, According to Lee Hyori

So Lee Hyori has got a new album out, and as always her MVs tend to put feminist themes at the forefront. So with that, it’s worth taking a look at how her two most recent releases play up to them. 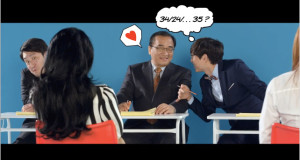 Of more interest for me would be the later release, “Bad Girls”, which looks at “bad” from an entirely different perspective. For most of K-pop in general, when any female idol act approaches the word “bad”, it tends to take on the topic in a rather sexual context. Also, the music video or concept in general starts falling into the pattern of using the colour black to represent a darker side, such that after a while, the whole thing gets very clichéd.

Remember the last time every girl group was into the “black” concept? What originally appeared like a great idea for groups to take on bolder, more interesting images as well as challenge past perceptions eventually turned out to be a marketing exercise for electronic tracks coupled with some sexy posturing in tight black attire.

Which is why the Music Video for “Bad Girl” serves as a breath of fresh air. Sure, the title says “Bad”, but everything about it does 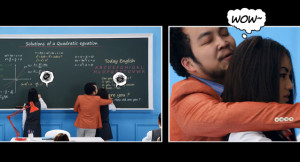 not fall into that category. Yes, our protagonist does bad things by most standards, but in some ways they could be justified. Viewed from another perspective, she is making a stand against the injustices that women face in society, from only the pretty ones getting favoured, to bullying in school, to being forced to think in a set way.

Another thing I appreciated about the music video was how it tried to present the issues in a manner that set one thinking, yet at the same time didn’t force one to be too serious about it. One could just choose to watch it for the cartoon humour and the practical pranks, but at the same time one could reflect on what happened that make her take on such actions just to exact her revenge.

Speaking of actions and reactions, it was very interesting to see how sexual empowerment plays out in the music video. Sure, the guys did exact their fair share of bullying and sexual harassment on the females in the music video, but where it differs is how they eventually get punished for their actions. This is an interesting power play, and props to Hyori for making things clear in the music 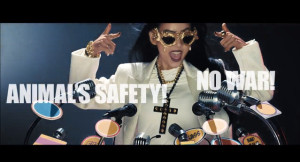 Finally, I loved the ending to the music video, where Hyori takes out some more screen time to insert messages supporting the causes she believes in, like animal rights. While some might prefer to have their pop-culture and social commentary not mix, there are those who are completely tuned out to issues affecting us more pertinently, and I am all for subtle discussions about such topics in any music video, if just to get people thinking.

If “Bad Girl” wears its messages on its sleeve, then “Miss Korea” takes on a more subtle approach. Interestingly, the music video’s smoothly confident and relaxed air hides a pleasant message on being comfortable with one’s skin, no matter who one is in life.

I also enjoyed the overall “swinging 60s” style of the music video, which seemed to hark back to a more enjoyable and slow-paced era of times past. Granted, the music video has a weaker narrative than “Bad Girl”, but who really cares when the feel and style of “Miss Korea” sell the song just as well?

Summing up: whatever the nature of the music videos — whether sophisticated or tongue-in-cheek — Lee Hyori has put a fun and novel spin on what it means to be a woman in a K-pop music video.