That K-pop is unique is an undeniable fact. While there are times when the Hallyu Wave loses its vigour of sweeping new fans into its cultural fold, there is still always a constant trickling of fans into the K-pop fandom. But is it only because of the music that the fandom grows stronger or is there something more to the phenomenon? As someone said on some post I saw some time ago, “We come for the music; we stay for everything else that comes with the music.” Since we discussed about weeding the five most unneeded constituents of the K-pop culture, it only felt correct to also discuss some of the absolute necessities in the K-pop culture. 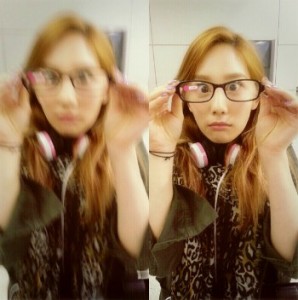 The title ‘Leader’ comes with a heavy baggage of responsibility. Not only do people expect you to act in codified concepts of leadership and righteousness, they also expect you to shoulder the burden of the entire group. The risk not only lies in the creation of a highly stressed out individual but a highly disinterested audience. Why would anyone be interested in watching someone hammered under pressure putting up a serious, no-nonsense front all the time?

This is where the ‘dorky’ leader comes to the rescue. There is nothing as humourous and endearing as leaders who do not imbibe the values of traditional leadership and allow themselves the liberty to fool around now and again (or may be every time). Their ‘dorkiness’ feels inherent as they trip, make out of context remarks or dig their own graves with their (un)intended slips of tongue (Galaxy Hyung, I am looking at you); they remain not only faulty idols, but faulty leaders.

Instead of alienating their fans by the sheer display of ceremonial power, these leaders bring them closer by reinstating the fact that idols are fallible, that even ‘common’ fans have more grey matter than they can ever think of achieving in their lifetime. Pushing negative attributes of leadership such as arrogance and egotism to the periphery, these leaders with their antics come off as grounded and lovable.

2. The Evil Maknae aka The Spawn of Satan 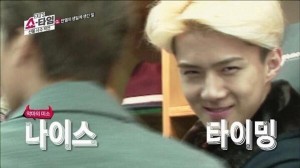 Power is a disembodied element floating across all groups waiting to be seized, incorporated and exercised and if the leader refuses to wear the power suit, somebody else will, somebody who otherwise would have been relegated to a position of subservience, somebody like the maknae.

Caught in an age hierarchy, the maknae is that unfortunate being who whether 14 or 40 shall always be the youngest (and shall always face the threatening call for ‘gwiyomi’). But when one has an easy-going leader, the maknae takes up shapes and forms which are evilly entertaining. This is the member who acts first and thinks later, comforted by the fact that no harm can come to him/her. Snubbing the leader or ignoring his/her existence altogether, conveniently slipping ‘accidental’ truths in variety shows, pulling pretty much everyone’s leg, and/or resorting to cheap tactics like gifting band-aids on birthdays, the Evil maknae rises like an indomitable figure embodying humourous sarcasm and condescension. 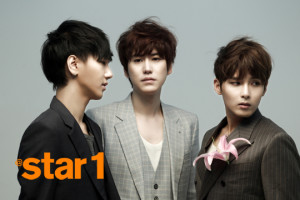 If the dorky leader is the benevolent elder sibling, the Evil maknae is the annoying younger one who gets away with anything and everything. But that is the exact quality which makes the Evil maknae delightful. By virtue of his/her age, the maknae’s (mis)deeds are considered childish, and beyond correction, hoping that some day they will grow out of their imaginary cape and crown. They are, at the end of the day, sly troublemakers who have an art for sniggering but not with the intention to demean, instead with the intention to annoy.

3. The 4D Member or The Original Alien 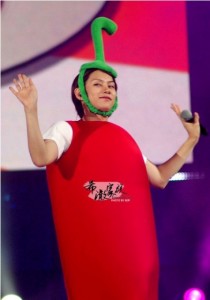 Words fall short to describe this special creation of Nature. They defy explanation, prediction and basic human understanding. As we watch this unique member embrace eccentricity as a way of life, we find ourselves running clueless in the vicious circle of “What?” “How?” and “Why?” These members, who leave us baffled at all times usually have no sense of time, place and context. Actually it would be more correct to say that they own time, place and context, and this sense of ownership, they believe, validates their acts.

Unlike the Evil maknae, their spontaneous acts of eccentricity do not have any malicious intention; their 4D-ness comes as an inherent part of their personality. They are so because they were born so. They don’t look at the world in the same lens as we do. I am guessing, but I have a feeling they are the lucky people who see actual unicorns and leprechauns just because of their different worldview. 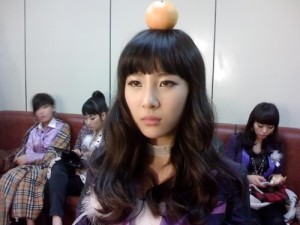 Not only are they oddballs, they can also be scathingly truthful and can never be deterred from speaking their mind. Their acts of transgression don’t seem transgressive because to call it so one would have to be part of the ‘normal’ in some form or manner; they get away saying and doing stuff ‘rational’ people would be castigated for. If dorky leaders feel embarrassed dropping their microphones, 4D members are only that unfazed by such goof-ups; confidently but often disastrously goofing up is a trademark of most 4D members. 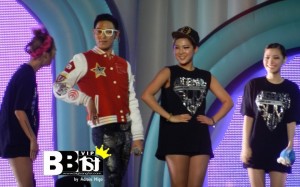 No matter what the 4D member does, it is impossible to hate them. After all, how can you hate someone who does not exist in sufficient numbers so as to be eligible for the creation (and generalization) of a negative stereotype? But it is this dramatic difference which brings fans closer to these members; not because they find themselves in them but because they don’t find excessive similarities between each other. Embracing their awkwardness, eccentricity, and clumsiness with utmost ease and without regret, the 4D members act as an effective middle finger to societal perceptions of perfection and normalcy.

When I was first introduced to the concept of group greeting, I felt a sense of importance as a fan. The entire decorum of greeting and bowing in unison acknowledging my unseen presence and value felt very reminiscent of children wishing their teachers a good morning sans the lazy drawl and indifferent posture.

The group greeting is a very important tool of displaying humility, of making an impact, and also of showing group solidarity; the more synchronized your greeting, the more tightly bonded you appear. Often group greetings define the nature of the group.  EXO‘s “We are one!” stands as a tangible thread of connection between EXO-K and EXO-M and acts as a constant reminder that despite having four Chinese members, their solidarity is not fraught with ethnic differences. 2NE1‘s “What’s up, we’re 2NE1!” defines them as easy-going and laid-back as opposed to some sugary sweet girl group greetings. B.A.P‘s greeting is militaristic in style, the stress being more on the name (“We are B.A.P, Yes Sir!”) as opposed to EXO’s stress on unity. Hello Venus‘s greeting also helps in highlighting their group name codifying it in easy-to-learn gestures keeping in mind Onew‘s wise words to Secret on Star Golden Bell– “I think you need a gesture to emphasize.”

If anyone wants to map the growth of a group, just watch their group greetings: their synchronization is far from perfect in the beginning and the greetings are very rigid, it transitions into achieving perfect unison and fluidity, and ends with deliberate out of sync greeting reflecting their informal relationship with fans where the greeting is no longer an obligation, when their mistakes are forgivable because of the fan-idol bonding built over the years. 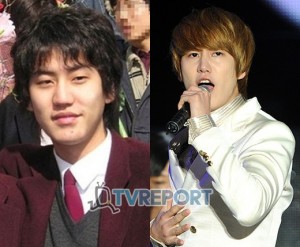 The K-pop industry markets unrealistic images of beauty through its idols putting them on pedestals of glorification, but at the same time, to garner fan loyalty, the industry needs to make them relatable, needs to portray them as people just like us, make us believe that despite their (constructed) idol status they are our friends — they are not greater than us

Pre-debut fan accounts help create that sense of semblance between fans and idols. With their generous variety ranging from documentation of acts of kindness,  plain embarrassment to speculations regarding love interest, hobbies and even fetishes, pre-debut fan accounts provide a context to the current picture of the idol. The fan account then comes to embody a set of ‘verifiable’ facts, and these facts become the ground for comparison between the ‘then’ and ‘now’ of an idol. While malicious pre-debut fan accounts lead to widespread rumours and hatred taking away the right of an idol to defend himself/herself, sympathetic fan accounts often help fans forgive certain mistakes of idol as being part of their ‘true’ nature. 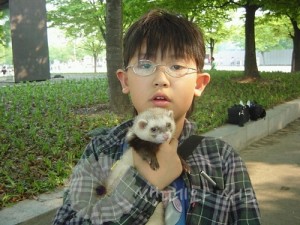 This aspect of K-pop is rather tricky with the scales dipping a little heavily on the harm caused than the benefit done but it is important to realize that these pre-debut fan accounts are the closest one can get to knowing the ‘real’ self of the idol, creating an emotional (but hopefully, not over obsessive) attachment. It is akin to going through the pictures of and listening to your friend’s childhood antics marking a sense of intimacy and comfort.

These are only some of the factors in the long list of things I believe K-pop cannot do without. Shipping, cross-dressing and and androgyny would be some of the more important things, in addition to the current list, that K-pop cannot do without despite its negative implications simply because the potential for subversion, inversion, artistic expression, and revolution in them is immense.

So what are the five things you think K-pop should never give up?