This Is Infinite: Episodes 3-4, Growing Laughter 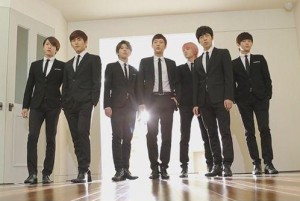 Infinite‘s new variety show, This is Infinite, continues to air on Mnet, and after a slow start, episodes 3 and 4 pick up the pace. While the editing and over-scripting in episode 3 continue to do a disservice to Infinite’s inherently funny nature, the absurdity of episode 4 returns the show to worthy levels of hilarity.

The third episode revolves around testing which member is the best with girls. Looking sharp in matching suits, the members are thrown into various one-on-one situations with dates, who are played by actresses instructed to behave in certain difficult ways with each member.

It’s funny to watch Dong-woo pulling straggling toilet paper from the actress’s skirt without her noticing and L trying to explain the porn on his fake phone (not his actual phone), but all of these scenarios are highly controlled and leave little room for improvisation. It’s obvious the actress purposefully placed the toilet paper and is pretending not to notice it, and then Dong-woo is obligated to remove it, so any notion of “reality,” spontaneity, or unpredictability is lost in these scripted situations. Cameos from Tasty as the girls’ “boyfriends” further highlight the un-reality of the script. The funniest moment of the episode is the recurring humor of Woo-hyun sheepishly performing multiple cartwheels to satisfy his truculent dates. In the end, Sung-jong unexpectedly wins both parts of the competition, which makes me wish there had been more footage of him.

The fourth episode is the best so far, since it offers high-energy competitions with relatively little scripting, harkening back to the days of Ranking King. The members compete 6 vs. 1 against Hoya in a mock winter Olympics that hardly resembles the real thing, in the best of ways. For one event, they bundle themselves in sleeping bags and race, crawling like caterpillars to a finish line; Sung-yeol‘s characteristic yelling as he uses his long limbs to his advantage elevates this to a new level of hilarity. Another event requires them to recreate national treasure Kim Yu-na‘s most famous moves while wearing absurd shoes: Woo-hyun’s bright pink heels are a particular favorite.

By far the best event is a “triathlon”: wearing binocular-glasses that make it near-impossible to see, they have to put on a pair of slippers, thread five beads to make a necklace, and kick a ball into a goal. They stumble in completely wrong directions aboard the struggle bus. Once again, Sung-yeol’s chops lead him to variety victory: He sabotages other members and cleverly picks up the goal itself and carries it to the ball, which he then kicks in with ease, and he ultimately proves the winner of the entire competition. 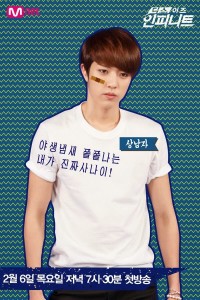 In both episodes, all the members work hard; they react with huge laughs whenever another does something in the least funny, they jump in with “disses” constantly, and they don’t hold back their over-the-top reactions. What I like is that no one member stands out as the comedy king. Some members are more natural or experienced at variety than others, such as Sung-gyu, Hoya and Sung-yeol, and some tend to fade a bit more into the background, like L and Sung-jong, but they all form a cohesive working team, and each one has his own “moment” in an episode. They also achieve relatively equal screentime, though I would love to see more of Dong-woo.

Sometimes though, the editing doesn’t best emphasize the members’ wit. Sung-gyu in particular has a colorful repertoire of variety under his belt, but his dry and self-deprecating sense of humor works best when punctuated with the other members’ laughter or with ironic silence. He typically either makes himself the butt of jokes or makes nonsensical, exaggerated statements, but the bouncy, exaggerated music edited to follow his delivery often detracts from his style of humor.

I’m surprised the producers haven’t realized that Infinite are at their funniest when they’re dropped into ridiculous situations, like in the fourth episode when they stand on ice blocks and answer personal questions about each other to much groaning and pained reactions. Putting them into highly scripted scenarios manages to entertain, but it doesn’t show off the full range of their inventiveness and sense of humor that we saw in Sesame Player and, to some extent, Ranking King, which were also less highly edited. Left to their own devices, Infinite perform more authentically.

As someone who has seen most of Infinite’s previous variety shows, I’m also struck by how much this show relies upon the viewer having previous knowledge of the members. This isn’t a show that’s going to spend time explaining why Dong-woo’s character background is full of animal prints or why Sung-jong smashes a lemon candy; rather, it takes existing images and builds on them or demolishes them. Personally, I enjoy the episodes significantly, and I think the show could still be somewhat funny to someone unfamiliar with their personalities and star texts, but much of the humor is gleaned from having familiarity with the members. I think the show actually has the potential to be funnier if it doesn’t rest so much upon the viewer having prior knowledge, since it would force new jokes to be created.

This Is Infinite finally gains momentum in episode 4, and I hope that future episodes pull the boys further off-script and into even more ridiculously funny situations.