The importance of the 90-degree bow in K-pop

Bowing as part of the traditional Korean greeting, 인사 (in-sa), is customary and one of the first things you learn about Asian, and specifically Korean, culture. More importantly, it’s a gesture of respect. In addition to the bowing is the idea of hierarchy, where there are things like “선배” (sunbae/seniors) and “후배” (hubae/juniors) in the industry. So when a young  junior idol group fails to bow to the senior artist, it becomes tricky, and almost always newsworthy. 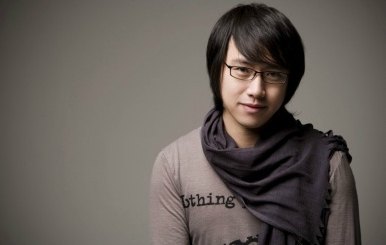 Recently in the K-pop community, the manners of idols has become quite an issue. What really started all this was the group T-ara. They were first accused of their poor performance, but now the issue has moved onto their manners. On October 17th 2011, a senior musician Mo-Se tweeted,

“There is a girl group whose attitude at a certain event became an issue. I knew it. They are also famous for not greeting others. I’ve met the girl who posted an explanation about their poor performance, and not once did she greet me. What’s worse, when we met a few times at the recording studio before their debut, and even then she didn’t do anything. Particularly, when we meet at events, it’s only manners to say ‘thank you’ and greet each other lightheartedly. Let’s not even mention the fact that they don’t greet — all they do is watch me. Wow. They must be big stars. I don’t normally say things like this, but what kind of celebrities or adults are they to behave like this.” 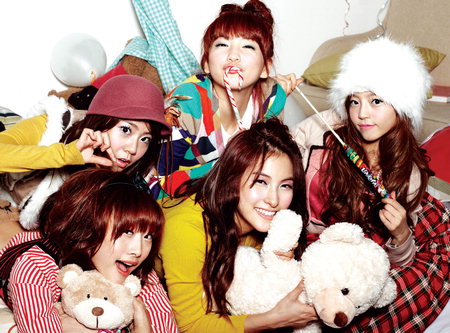 But, T-ara wasn’t the only group with this problem. On October 18th 2011, Goo Hara, a member of Kara, appeared in a variety program Strong Heart and announced that,

“Even though we Kara are all young, it’s already been 5 years since our debut. We’re considered seniors among the idol groups now. But there’s this junior idol group of members who are older than us, and even though we, Kara, bow to them in 90-degree angle, they just nod in return.”

Hearing this news, netizens became sensitive towards these issues because “in-sa” is not only an action everybody needs to adhere to, but it’s even more important for idols to adhere to. To show the good side of K-pop manners, SNSD and Kim Hyun Joong became the “good” examples of those showing good behavior. It is known that on the 21st, SNSD came back on Music Bank, and all the members went around the waiting rooms showing their respect toward all the senior and junior artists. Also on the same day, a photo of Kim Hyun-joong bowing in the full 90-degree position became a highlight, especially because he is more senior than most of those he was performing with, and doesn’t necessarily have to bow so deeply, but did so anyway out of respect. 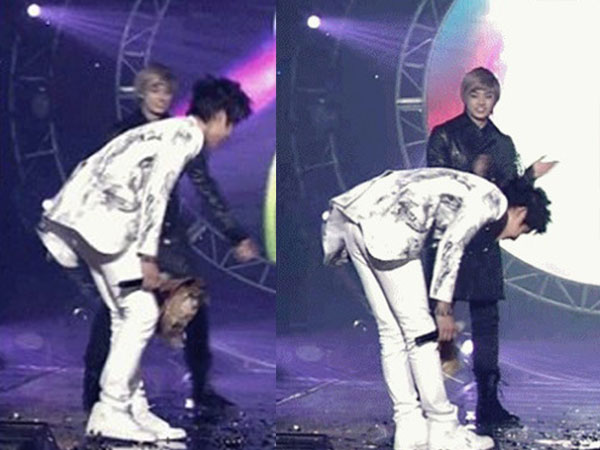 So why is it that some idols tend to ignore others and fail to greet or “insa” properly? Well, I think it’s all about fame, age, and the debut day. First, fame brings arrogance. No matter what anyone says and thinks, when everyone knows your name and everyone is going crazy over you, there are those who become arrogant, and maybe arrogant enough to believe that you are number one and will always be number one. Second, age is very complicated in Korea. And third, the day of a debut is also very important. Regardless of how old you are, the day of your debut determines who is considered senior or junior in the industry.

Now, going back to Kara: it’s been 5 years since their debut, which makes everyone who debuted after them their juniors and everyone who debuted before them their seniors, regardless of the age of the members in those senior/junior groups. It’s totally understandable not wanting to bow to a younger person like Goo Hara when you’re much older than her, but it’s Korea’s tradition and it’s really not something you ignore as a Korean person, and especially as a Korean entertainer.

What do you guys think? Too much political correctness, or merely being polite?