Most people preparing for crowded airports and long flights would be concerned with one thing above all else when it came to fashion: comfort.  But if you are one of Korea’s top idols, “airport fashion” is just another opportunity to show the public a stylish image.  The artists of SM are no exception as they make their way to NYC for the history-making concert to be held at Madison Square Garden this weekend. 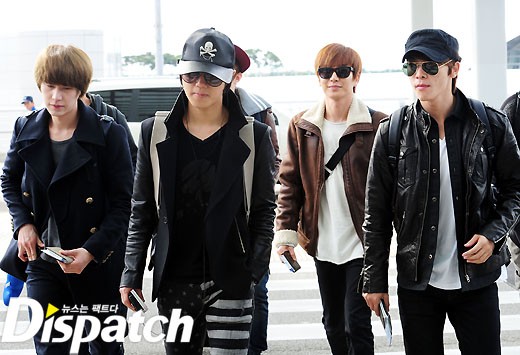 Super Junior took off first on an early flight out of Incheon.  The members embodied cool casual looks for fall as they wore dark-washed jeans paired with a variety of jackets including Ryeowook and Donghae’s in sleek leather, Leeteuk and Eunhyuk in shearling-lined looks, and Yesung and Kyuhyun in wool pea coat styles.  Sungmin, however, showed a more individual fashion sense by rocking a very interesting pair of mustard-yellow pants accessorized with a backpack, jacket and shoes in blue. 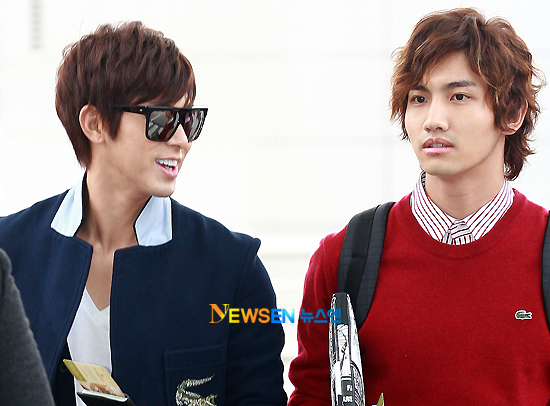 Later in the day, departing from the same airport was f(x), SNSD & DBSK.  Yunho and Changmin show why they were chosen for a Friendship Contract with Lacoste, as they both sported the brand with preppy perfection. 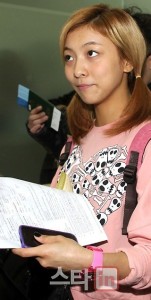 SNSD showcased a number of looks that illustrated why they are considered some of kpop’s top airport fashionistas. Some of the standouts, both good and bad, include: Sooyoung’s drool worthy blue bag, Jessica’s boho-chic ensemble, Seohyun’s chunky knit skirt and Hyoyeon’s patriotic bald eagle sweatshirt.

SHINee left for the states from Japan, and generally went for a casual style with understated accessories, like simple hats, sunglasses and scarves. And then there is Key. Whether you love him or hate him, think he is a fashion icon or a fashion terrorist, Key will undeniably ALWAYS give fashion followers something to talk about, and his SMTOWN NYC airport fashion is no exception to this rule. Two wordscome to mind that perfectly describe his look: Laundry Day. 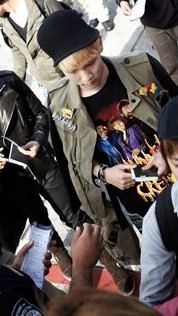