5 Things That K-pop Can Do Without

We all know that while K-pop should really just be about the music, there’s a lot of extra stuff that is packaged with it. For most of it, I’ve come to accept it as a part of K-pop, such as variety shows appearances, the need for a concept and image etc. But there are some of these extra ‘toppings’ that I would rather not have. 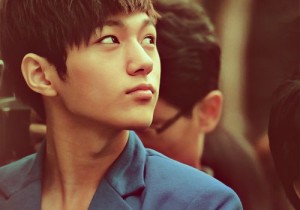 “Hi, I am in charge of the little prince image, Hyesung.”

K-pop fans have definitely heard their idols introduce themselves in such a manner, or maybe in an even more superfluous manner. Isn’t it already strange enough that idols are each assigned a ‘role’ such as vocal/dancer/leader, and will always make it a point to drive it into our brains during their introductions? And now, they have to lengthen their introductions further, by adding more ‘roles’ that have very little or no relevance to K-pop. I suppose the point is to make an impact on the audience, but is it actually working? Now that so many idols have jumped on this bandwagon, isn’t the K-pop universe getting saturated with chic guys and princes?

Who can ever forget your idols’ rookie days, when they had to showcase their ‘variety talents’? It’s practically a pre-requisite of being a K-pop idol, and I can totally imagine managers putting their heads together to brainstorm random variety talent ideas for their idols. While K-pop should really just be about singing and dancing, in reality, it’s all about entertaining everyone, everywhere. These variety talents can take the shape of many forms, be it a special skill, a unique hobby, or even a funny imitation. Considering that variety talent is in pretty limited supply, we often see idols settle for these — voice impersonations or animal impersonations. The term ‘variety talent’ is loosely used in most instances, and it basically refers to anything that can make people laugh and take notice of you. Even the strangest skill can be considered a talent. Case in point: Onew’s ttakbam

“Show us some aegyo”.

I tend to facepalm whenever MCs make such strange requests. Is aegyo some sort of skill that you show off? It’s understandable why aegyo is so popular, since Asian culture has this indescribable love for all things cute. But wouldn’t it be more adorable if the idols show aegyo naturally, than have to demonstrate it on the count of three? Even when idols show discomfort, the audience still take delight in watching their idols’ very obviously awkward aegyo. Come on, how does one plus one equals kiyomi? And six plus six somehow require kisses?

And introducing the version of the kiyomi player that takes the prize –the true version. Preach it, boy. 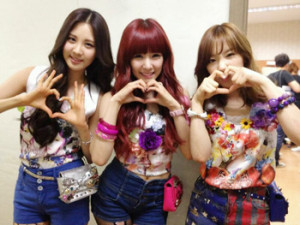 “Please do not call them my fans, they are my girlfriends.”

Who just had goosebumps erupt all over your body?

I have long accepted that fanservice is a staple of K-pop. Winks, hearts – all of that I can accept. What I have issue with, is when idols cross that idol-fan boundary voluntarily, and say overly cheesy stuff, like aforementioned. Firstly, the idols have a clear idea of the demographic of their fanbase, whose majority contains teenagers. And teenagers have the optimal amount of hormonal imbalance to interpret that sentence in strange ways, and fantasize weird delusions. How is it okay, that the idol is aiding in this fantasy? Yes, it takes two hands to clap, but the fact that the idol is doing his part in clapping, does not jell well with me.

Fanservice that is done with the intent of gratitude or entertainment is perfectly fine. But fanservice that borders on – can I say this – manipulation of emotions, that’s just plain irresponsible. Of course, this is not to say that idols perform fanservice with this intent, but the way these statements are interpreted really depends on the individual. And it would do good for the idols to err on the side of caution and not get overly affectionate with their fans, which provides the opportunity for the fan to think there exists a deeper connection, when this is not the case in reality.

And for more mature fans, it doesn’t help that such words cause our fingertips to curl in embarrassment and mushiness. 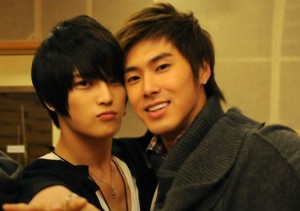 And of course, how can we forgot the one thing that spurs countless fanfics? Yunjae, likely the most popular ship ever, even had its own starring scene in a Banjun drama. It took me a long time to understand shippping, since the basic premise involves our favourite idols being homesexual, and surely that would break a thousand fans’ hearts? But this is how I think of it:

1) Fans imagine themselves to be one of the members in the ship.

2) Bromance (or the female equivalent) between two hot people is just adorable.

And if it’s not one of these, then I’m sorry to say, I still don’t understand shipping. Yes, I can see that a very strong friendship between two idols is cute for us to take note of, but really, to the point of shipping them together as an OTP?

I would have liked to add cross-dressing to this list, but cross-dressing does have its perks in small doses. Basically, this list summarizes some things that doesn’t aid my appreciation in K-pop, yet it still maintains a very large presence whenever I look up shows or videos. Without all these additions, my love for K-pop wouldn’t be diminished in any way. That said, everyone’s list is sure to be slightly different from each other. So what do some of your lists look like?