Catching Up With Lunafly and "Yeowooya" 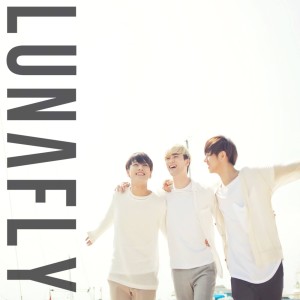 If you think summer’s over, think again. Lunafly just surprised fans with “Yeowooya,” a chill song with a destination MV filmed in Tunisia. As with every Lunafly release, this one has Lukies lamenting that the band doesn’t get the attention they deserve. Also, their PD recently tweeted Lunafly’s goal to gain 100,000 Facebook and Twitter followers and 50,000 Daum fancafe members before they’d do a world tour. While Lunafly manages a calm veneer despite a hectic schedule, these are reminders that they are still a small band that doesn’t have a huge fanbase. So how does “Yeowooya” fit into Lunafly’s current goals and promotional strategies? First, check it out:

The song has the signature acoustic Lunafly sound. The simple lyrics speak of a foxy lady whose bad temper plays with the singer’s heart. Despite the conflicted nature of the lyrics, the rhythm is upbeat. The company stated that there’s some reggae rhythm infused in there, but they probably mean the guitar riffs as the back beat is pure pop. In this way, Lunafly hits a popular summer trend, but through a subtle fusion in the music without it being an overt concept.

The MV also reminds us of another popular summer concept, the destination MV. However, since Tunisia is new territory for K-pop videos, the scenery is eye-catching and different, not to mention beautiful. The unsteady, sometimes unfocused camera gives the MV more of a home video feel, keeping with Lunafly’s organic, yet polished style. Like always, there is a large emphasis on playing music, not only through impromptu jam sessions, but also through the concert scenes, giving the viewer a completed journey. Overall, “Yeowooya” shows how the band is on-trend, but not in a way that is inauthentic to their style.

While the song is pleasant and the video pretty, it’s almost too laid back. Even during the chaotic airport shots there is no extra energy or “wow” moment. It doesn’t have to be all sparkle and lights, but “Yeowooya” doesn’t give much variation in its composition and feels like it’s marking 4/4 time until the end of the song. Pair that with the measured video and we don’t have as emotional a release from Lunafly as we’ve had before, though a solid one. 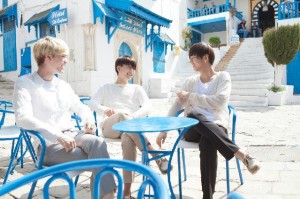 Lunafly has always been a band with untraditional promotion methods, as we’ve covered in the past. However, for their last single, “Fly to Love,” they promoted the old-fashioned way via music shows and colorful outfits. While surprising, it was a smart move to generate more awareness within Korea and with foreign K-pop fans who missed their debut. It led fans to wonder if Lunafly would start promoting the “traditional way,” and if this was a desirable thing for a band that’s built its reputation through small concerts and YouTube videos. However, with “Yeowooya,” it appears they’ve gone back to their old ways, most likely because it’s a digital single and not a full album.

The reason to look at Lunafly specifically in regards to promotion is because they navigate uncharted territory when it comes to K-pop structure, and tracking their progress shows how these methods could work for groups that don’t fit the narrow, Big Three mold. Just as we’ve seen with Crayon Pop going from guerrilla concerts to signing with Sony Music Entertainment, non-traditional methods can work. However, in the case of Crayon Pop, they have a viral dance and a more outrageous image to grab viewers.

Lunafly’s problem is their lack of visibility. They’re on track to garner a large, international fanbase through their YouTube covers and radio activities, but while they have a “base” in Korea, they don’t have high visibility in larger media outlets, which can affect international reach as well. To put it another way, they’re not regularly popping up on your Twitter feed, reminding you they exist. Therefore, “Yeowooya” might be a treat for fans and a summer song similar to what many K-pop groups produce, but it won’t get the coverage of other singles and most likely won’t be effective at amassing new listeners. 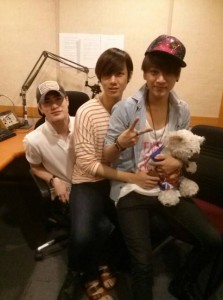 “Yeowooya” itself illustrates another reason why Lunafly has yet to hit it big — it’s mellow without much to differentiate it. We can appreciate that Lunafly writes their own music, sings well and has some beautiful songs, but if they keep releasing similar sounding tunes with their current under-the-radar strategy, it will widen their fanbase by inches, which might end up too little, too late. This has nothing to do with the artistic creation of music, but rather to do with the fact that they’re stuck in a system that values speed, constant change and promotion on music shows. Breaking through that structure may work over time, but will not produce an overnight sensation. While it’s an admirable strategy that makes fans root for them, it’s also clear that they want a larger fanbase, and will likely have to go back to the combo-promotion style of “Fly to Love” to achieve it.

“Yeowooya” probably won’t get Lunafly mass Facebook likes or Daum members, but it’ll add to their solid repertoire and keep them going until their next release. 3.5/5.