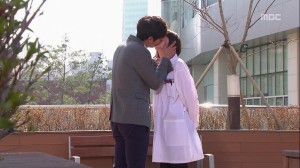 The last week in K-pop marked the end of March and what a March it was.  It was fairly quiet last week although G-Dragon did Go Crazy in his fashion for his new release “Michi GO” and for the debut of his One of A Kind World Tour in Seoul over the weekend. The K-dramas Horse Doctor, Advertising Genius Lee Tae-baek, and  Level 7 Civil Servant. I really enjoyed seeing Joo Won in a rom-com, but the script and directing just failed him. I kept waiting for the story to enfold and get better, but it just never did.

If you don’t know by now, the following are the 5 Things that happened in K-pop last week that I think were a bit more special than the rest.  And yes, there are spoilers.

The guests last week on running man were actresses Lee Yeon-hee and Go Ara and for most of the episode everyone paired off leaving a three men out creating an all male team and the big nosed hyung, Ji Suk-jin, out as referee in this sham battle.  The pairing of Lee Kwang-soo and Yoo Jae-suk was hilarious although in the end Kwang-soo was unable to protect this ‘queen.’  There was also this hilarious moment later in the game when all the girls were doing a little dance to get Suk-jin to give them the ball…

4. MIR is a Limbo Master

Some people hate the show All the K-pop because it pushes some of their favorite idols into uncomfortable and semi-compromising situations during games on the show.  I find the show funny and entertaining.  I will say that I have a new found respect for MIR as he wins the limbo challenge at a ridiculous height and with GLAM‘s Zinni.  Zinni was a good sport and coach in getting the win–even giving MIR a peck on the cheek as a prize. If you don’t want to watch the whole segment, their winning performance begins at 5:45.

3. Ye-dam Knows Where is the Love

K-pop’s current wonder kid Bang Ye-dam gave a great performance of the Black Eyed Peas “Where is the Love” on the last episode of K-pop Star 2.  The performance was even labeled as his best ever by Park Jin-young.  Well, he must have found inspiration after YG pulled  out all the stops letting him meet G-Dragon at his concert practice facility and giving him the opportinuty to work with Tablo and Taeyang.

It’s not a situation I ever suspected to see on Dad! Where Are We Going?, but Yoon Hoo‘s dad, Yoon Min-soo, found himself in an uncomfortable situation recently when Song Jia came over for a visit. Well, Jia did state that she was going to marry Hoo-oppa in 20 years and Hoo wasn’t complaining.  Hoo’s just so squishy…

All I know is that if I were Hoo, I’d steer clear of Jia’s dad Song Jong-kook for a while.  It was bad enough when Jia shunned a piece of food from him only to eat Hoo’s offering instead–I wonder what he’ll think after watching this episode?

1. As Long as you Love it–they’ll keep doing it

I have really been enjoying the covers done by groups like LEDApple and Lunafly on YouTube.  It’s a perfect use of social media for bands not getting the love from regular Korean broadcasting to get their names and music out there to the masses.  This week, Lunafly did an awesome cover of Justin Bieber‘s “As Long As You Love Me” which I dare to say, rivals the original.