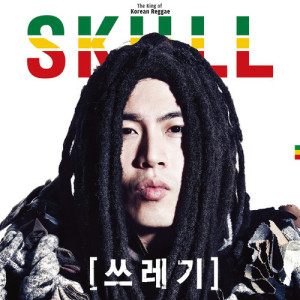 Reggae seems to be in this summer. And let’s be honest with ourselves: there have been some mixed results. 2NE1’s summer track “Falling in Love” was a miss. Where “I Love You” infectiously stayed in our brains for months after summer came to an end, “Falling in Love” is already forgotten, with the hope that the next track, “Do You Love Me?” will be 2013’s true answer to 2012’s infectious hit. This is a pretty big let down after CL’s epic solo “The Baddest Female” primed us for a summer of excellence.

On top of having a largely forgettable sound, the music video looks like it was made by a YG asleep at the wheel. The choreography is slow, and Park Bom seems incapable of keeping up with it. Add in Sandara’s less than stellar cultural appropriation with the bindi, and where the music video for “I’m the Best” insisted it was the best, “Fallin in Love” insists that it is the meh-st.

But not all is lost. There is at least one success to be counted for the first single off their new album: they managed to do reggae completely inoffensively. While borrowing ideas from Jamaican music, the Teddy-penned track manages to make it 2NE1’s own, for better or worse. It comes complete with too much autotune, leaves us wondering what Dara’s purpose is, shows off CL’s infallible rapping chops, debuts a more grown up Minzy stepping up her game with some singing, and as usual, finds Park Bom’s voice in good form.

Meanwhile, the men are certainly not getting left behind. While 2NE1’s music was only offensive to the ears, when I first saw and heard it, it seemed to me that the same could not possibly be said of Skull & HaHa’s “Ragga Muffin.” Aside from straight up blackface, it seemed like one of the most offensive pieces of music and music video making to ever come out of K-pop. While parading around in a shirt that reads “Bob Marley,” Skull looked to me like a textbook example of how to do blackface without going anywhere near black paint.

Indeed, his hair looked so fake that it looked more like a costume made complete by the Marley t-shirt and another that reads “Exodus,” which is presumably a reference to the Marley album. Get it? Now the song is officially legit reggae because there are dreadlocks and Bob Marley references. Black Jamaicans and their culture are a costume to put on and voila, reggae. Inasmuch as Skull may intend this to be a sign of respect, to the outsider, it just looks like terrible cultural appropriation.

Some have argued that K-pop has been doing this kind of tasteless appropriation for a while and that groups like Big Bang, and in particular its idols Taeyang and G-Dragon, have been two of the most egregious appropriators. It’s true that Taeyang seems overly obsessed with his two giant cornrows, while G-Dragon has donned all manner of Afro-inspired wigs in the last few months. It has been argued by commenters here and elsewhere that what these Big Bang members are doing is exactly the same thing as Skull’s performance of Blackness. This is certainly open to interpretation. In “One of a Kind” for example, G-Dragon appears hugging two brown skinned children with Afro puffs. This can be read as inappropriate tokenization of Black children, although the children appear to be multiracial, so that assessment could be an oversimplification.

In either case, while the debate about authenticity and appropriation in G-Dragon’s existence will likely continue endlessly, and I can see both sides, I felt for a long time that there could be very little debate about Skull and HaHa’s failure to pay their dues. If, like me, you start with “Ragga Muffin” as your introduction to Skull, you might be left wondering whether he has paid much attention to Bob Marley. It’s hard to believe that he has listened to the title track on Exodus or looked up the lyrics. The song was written during a time of political turmoil in Jamaica, and it was a direct response to Presidential hopeful Michael Manley’s campaign slogan, “We know where we’re going.”

Yeah-yeah-yeah, well!
Uh! Open your eyes and look within:
Are you satisfied (with the life you’re living)? Uh!

The song like much of the album, is meant to be uplifting: a call to Jamaicans to build a better world. A stark contrast to the bootylicious, seemingly drug-induced partying of the “Ragga Muffin” music video. If Skull and HaHa love Bob Marley so much, you’d think they would take the ethos of his music more seriously. It’s worth noting that the phrase “ragga muffin,” in addition to being the nickname of Marley’s son Stephen, was a style of dancehall reggae music that started in the 80s, driven by the musical innovations of another Marley son, Damian. But it’s not immediately obvious that Skull and HaHa have any idea what they are doing here. If they meant to reference this era in reggae or Stephen, they are wearing the wrong Marley.

These are all thoughts I had and the piece I might have written a month ago. But in that time, a few things have happened. G-Dragon had yet another blackface incident, and I found out that Daesung had probably the most egregious one in the Big Bang family a few years ago. In the last week, I’ve wondered about where the line between appropriation and admiration is. Maybe it’s blurry. In interviews, Skull talks about how Bob Marley’s music spoke to him as a child. Maybe that’s what those shirts were about. I can’t knock him for feeling that way; I grew up on Marley too. While I now accept that we have a shared appreciation, I can’t help but wonder: is Skull not doing his due diligence in being respectful or am I just an old fogey who is railing about what the kids these days have done to the music? Maybe it’s both.