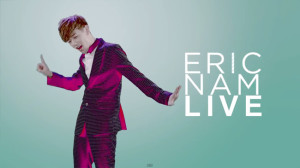 This year in K-pop has seen a variety of genres crop up and have bigger success than they may have ever had before. There’s always going to be the dance/electro/dubstep permutations just as surely as more ways to pop bubblegum crop up. However, so far in 2014 we’ve seen a resurgence of pure funk that probably hasn’t really been seen since the ’70s when the genre was at its peak worldwide.

It’s well established that South Korean pop music borrows heavily from Western musical influences, especially from the States. However, back in the ’70s and early ’80s, there was one universal groove, and countries all over the world were wrapped up in unadulterated funk. South Korea could funk with the best of them, turning out tracks from singers like Lee Eun-ha, Kim Nam-mi, and Moon Ji-young. These ladies had smoky, luscious voices that matched perfectly with the sexy implications of Funk and Disco. Compositions were built around a heavy bass line, rhythmic guitar licks, and pounding drum patterns. As with the birthplace of Funk, the States, musicians were a more prized commodity than the actual singers, bands in high demand because of their technical skill and understanding of the musical patterns indicative of the perfect funk song.

However, the ladies that pervaded the music scene at that time were all in line to try to be the next Gloria Gaynor or Donna Summer. Kim Nam-mi in particular had a gruff boldness to her sound that matched the power and thump of some of the heaviest Funk note for note. Her track “Oh! That Makes Sense” has the sort of sensual groove backing it that would allow a big vocal to just sit in the music and carry the song to imaginative heights. Coming in on an elaborate rim shot and falling into a profound bass measure, the song is luscious, and Nam-mi’s voice is equal to the task. 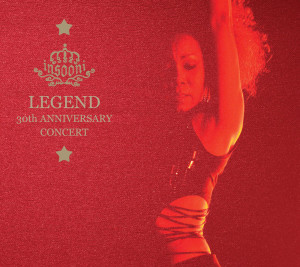 Of course, the Queen of Soul in Korea, Insooni, had her fair share of success in the ’80s with her powerful voice and the driving rhythms of the band backing her. The legend’s first big hit “Every Night” remained high on the charts from 1983 to 1984 and gave South Korea a musical hero. She was and remains one South Korea’s most important artists for her huge vocal ability, her ability to make consistently high-quality music, and her cultural influence. It’s no mistake that her big introduction came when Disco was hitting the peak of its groove.

Funk was a purely musical enterprise, made up of musicians who, while technically exemplary, were more concerned with the ability to produce music that could get people moving and stand the test of time. It’s why bands like Earth, Wind, & Fire, Heatwave, and Sly & The Family Stone were so popular and have a discography of seemingly endless hits that are easily recognizable to any true fan of music. Funk’s rebellious younger sister Disco served the dual purpose of getting bodies on the dance floor and illustrating the excesses of a generation dripping with hedonism and the desire to stay young, beautiful, and sexy forever. It was a new-age Prohibition, instead of alcohol being the sin of choice, drugs and sex were the dominant modes of indulgence. South Korean society is noticeably more conservative as far as any sort of displays of indulgence is concerned; however, that doesn’t mean people didn’t want to get down and let loose. The Funk music of the day expressed that, giving way to the dance music of the ’80s, until a new kind of pop music, full of more sugar and spice than its predecessors, grew in popularity in the ’90s.

Now nearly 35 years after Nam-mi’s gritty dance track, it seems K-pop has gone back to reconnect with a bygone era of big vocals and even bigger music. Back in February, retro R&B goddess Park Ji-yoon offered “Beep,” a Disco-inspired piece of pop that comes straight from the vault. It’s classic Funk at its finest—heavy bass, thumping guitar, pounding drum beats. It’s got that flavor reminiscent of the type of groove that got people dancing all those years ago, preserving the sound and musical intelligence that saw Funk and Disco become such important eras in musical history. It’s accompanied by a video paying its own sort of homage to the most popular dance show in the ’70s and ’80s, Don Cornelius’s Soul Train. The tribute is apt, considering the music is the same fare that would get people shimmying down the Soul Train line and showing off the latest dance moves.

Following Ji-yoon’s success, group Lunafly tried their hand at the more straightforward funk, with equally impressive results. Though no one would deny its pop inclinations, including a rap break from label mate Brown Eyed Girls’ Miryo, there’s a heartier composition that’s reminiscent of the type of funk that was heard in the transition from the disco of the ’70s to the less bass guitar heavy dance music in the ’80s—instead the sound relying more on the backbeat of the drum.

And then, there’s Eric Nam. His hit “Ooh Ooh” is an exciting mix of funk, disco, and rare groove reminiscent of the British late ’80s/early ’90s record label Acid Jazz. The indie label produced legends The Brand New Heavies and Jamiroquai and introduced the world at large to a brand of funk they hadn’t quite heard anything like. Composers Han Jae-ho, Kim Seung-soo, and Hwang Hyeon certainly have a musical knowledge that spans further than the scope of what’s already being produced in K-pop. “Ooh Ooh” has a lilt on its edges similar to Jamiroquai’s earliest hits—songs like “When You Gonna Learn” and “If I Like It, I Do It.” The three musical minds came together to create a song that’s so funky, it’s actually shocking.

Eric and Ji-yoon’s tracks are so closely linked to that era of all things funk, it’s hard not to get excited at the prospect that the genre will be making a comeback. Though it’s still early doors yet, the success of these two artists in particular sparks a little bit of hope that there might be a new wave of dance music on the horizon for K-pop, one that’s more instrument based, in which the success of the song really does hinge on the musical foresight of producers and an excellent backing band.

Perhaps it was the success of electro-funk band Daft Punk last year with their massive hit album Random Access Memories that’s sparked this sudden interest in all things funky. Perhaps labels are trying harder to differentiate from the more popular dubstep-laced dance music saturating the market. Whatever the reasoning, the future in K-pop is funky, and I’ll ride that wave until it crashes into the shore.