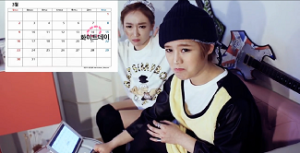 With around thirteen distinct days in a year dedicated to celebrating love, Korea has made couple culture a monthly event. While not all of these days are celebrated as heavily, they exist to celebrate couples and thwart those who are not. On April 14th, Black Day is unique for typically being a day where single people commiserate by donning all black attire and eating black colored foods like jajangmyun. Sad music may often be the soundtrack of choice on a day where people bemoan not being in a relationship. The group Pascol recently returned to the music scene with “Merry Black Day.” This song attempts to assign a happier sentiment to a day where the solitary folks would typically feel more pitiful.

Debuting in early 2013 as a three member group, Pascol has been absent from the scene for quite a time. They have now returned as a duo with members J Sun and Moon Bin taking a more direct role in producing, writing, singing, and rapping in their latest track. Featuring Heyne on a Chinese rap introduction at the beggining of the song, “Merry Black Day” is a unique track full of personality. The song has a strong beat and features a mixture of rapping and singing from both members. The lyrics attempt to ascribe a party mood and atmosphere to the one day for single people. Instead of feeling depressed about not being in a relationship, Pascol has decided that Black Day should be a day of partying and enjoyment. The lyrics are quite simplistic, but they fit the mood of the song well. Also, certain lines wishing for the demise of couples made me chuckle.

The music video starts with Pascol exiting a black car with two other men. They are all dressed up in all black attire, and their stern attitudes and stance show their reluctance at relegating their day to sadness. Heyne makes her only appearance at the beginning dancing along with Pascol at the studio before the story gets off to a start. The girls are shown lazing around in black and white in the studio while days pass by. These days are special because they the notable days that are dedicated to celebrating couples. The members make concerned, sad faces as these days pass but emerge from their reclusive location to celebrate Black Day in the city.

The MV transitions between red saturated scenes, black and white filtered shots, and full colored scenes. The members and accompanying two men walk down a street in Korea singing along and using a speakerphone to express how merry Black Day should be. The members and a bunch of backup dancers eventually gather at a basketball court. There is some break dancing and some moves performed in unison. The dancing is very loose and conveys a sense of having fun and enjoyment. 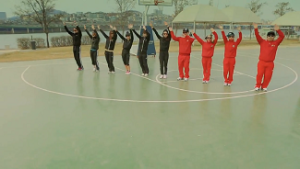 The traditional elements of Black Day are something this MV and song allude to. The members are seen eating jajangmyun, a black bean noodle dish which is popularly eaten on Black Day because of the color of the black bean sauce. The people in this MV are often seen dressed up in all black. However, this all black clothing motif is broken when the members of Pascol and two other guys take on full body tracksuits that are red in color at the latter half of the video. This deviation from tradition indicates that they aren’t willing to accept all of the implications of sadness that Black Day may entail.

Overall, this was a great comeback from Pascol. It definitely showcased a strong personality and gave a moment for both members to shine throughout the song. Vocally, they both sounded great and the track was extremely catchy. The MV was entertaining in showcasing their celebration of the day for single people. The attitudes of the members in the MV are hilariously serious at times, but the celebratory atmosphere ultimately shines through. “Everybody solo hands up!” 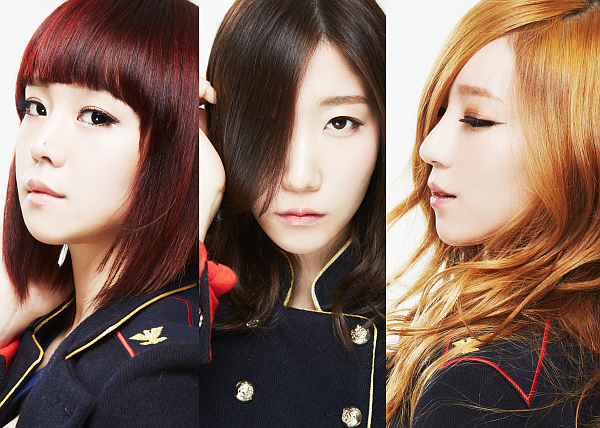