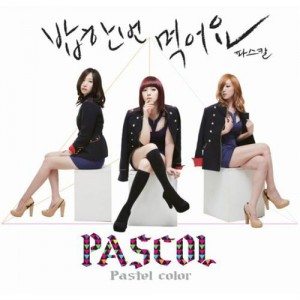 Newly debuted rookie group Pascol has to meet a lot of expectations in order to keep from falling into irrelevancy. As so many of us K-pop fans would know, the K-pop scene has become saturated with different acts, all seeking national recognition and fame, and for a group or singer to achieve anything close to success, they need to stand out and be exceptional. Gone are the days where a catchy song and a likable set of individuals can lead to a decent amount of success in K-pop, for especially in recent times, the competition is rough and ruthless, with rookies having the hardest time in competing. 2012 was, quite frankly, a pretty great year in debuts, bringing about now notorious groups like B.A.P, Exo, or Nu’est and heavily desired soloists such as Ailee or Lee Hi. Being one of the first debuts of 2013, would newly formed group Pascol be able to live up to the standards to avoid irrelevancy?

Pascol, literally standing for “Pastel Color,” is a three member vocal group comprising of members J Sun, Moon Bin, and Yuna. Collectively signed under new company Tiptop Entertainment, the three members know first hand the difficulty in breaking into the K-pop scene as all three have tried their hands in debuting as soloists before, only to find less than satisfactory results. Nevertheless, Pascol prides themselves as an orthodox vocal group, putting their voices in full center, and in the current state of K-pop in the moment, which is unfortunately full of idols severely lacking in talent, their approach is a refreshing and commendable sight. 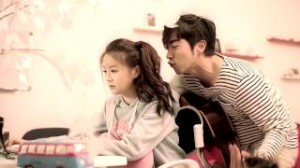 Pascol’s debut song is “Let’s Eat Together Sometime,” a song of loss, realization, and regret. With the lyrics describing a lover’s epiphany of the importance of her partner only after he’s gone, the track is surely an emotional one.

And for the most part, Pascol executes it well. Living up to their classification as a vocal group, the group’s collective vocal prowess truly is exceptional. Their three members’ timbres clearly contrast with each other, adding dynamism and complexity to the song. From the softer vocals demonstrated in the verses to the more powerful voice featured in the chorus and pre-chorus to the huskier musings of the rapper, each member sounds distinct and recognizable, allowing for each member to have their time in the spotlight. Moreover, the group’s emotional capacity is commendable considering the group’s minimal experience, for the group is fully able to embody that feeling of subtle desperation that the song builds itself around. Cradled by a slightly faded instrumental comprising of orchestral instruments and stable percussion, the track is a very agreeable one, being an inoffensive and impressive, albeit slightly boring, listen. My only true gripe would be the rap portion of the song. While the rap was able to match the overarching mood of the song, it felt slightly unneeded and out of place, for I would have much preferred for the group to sing the entirety of the song. 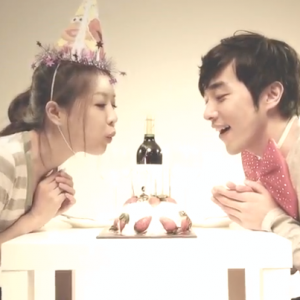 As for the music video, it was a very suitable accompaniment to the likable ballad. However, unlike the lyrics which only suggest an unfortunate breakup, the music video handles the topic of losing a lover slightly differently. Rather than featuring a reversible break up as the cause of loss, the music video uses the death of a lover as the catalyst of the ensuing grief, and this change makes quite a big change in the song’s meaning. The song, while generally mournful and depressed, has optimistic sections, where the narrator tries to build up courage to ask her former lover to “eat together sometime” in an attempt to amend their broken relationship. However, in the context of the music video, this optimism instead appears more like desperate bargaining in an unfortunately irreversible situation, adding a bit more depth into the meaning of the song.

The video starts off with the male protagonist mourning the death of his lover, packing up her pictures in the box and proclaiming that while she is dead, their love is still alive in him. The rest of the music video is told through alternating flashbacks of different times, occasionally going back into the perspective of the very devastated male protagonist in tears. The flashbacks’ contents vary greatly at showing us notable happy moments in the couple’s relationship, depicting the two casually and teasingly playing each other. However, other flashbacks depict the female protagonist in a heavily depressed state, probably illustrating scenes only prior to her gradual death. In these scenes, the male protagonist tries his best to cheer his hopeless lover up through showing her pictures or trying to playing his guitar to little avail. The constant shift between the two types of scenes create a very jarring effect, highlighting the despair and extent of loss of the situation. 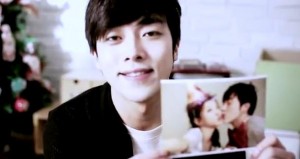 The aesthetics of the video only help in creating this jarring ambiance, differentiating the two types of flashbacks through effective use of filters. In the happier moments of the couple, a warmer, slightly distorted flashback is used, while in the more depressive moments, the filter is very washed out and lacking in contrast, illustrating the bleakness of the situation and helping viewers differentiate the two sorts of scenes. Moreover, the video also creatively utilized its filters to surround certain characters or images selectively. For example, when the male protagonist was trying to cheer her distraught lover up, the filter around him was notable warmer than his partners’. While this threw off the visual uniformity of the music video, this effect created an interesting and telling dynamic of the nature of couple’s relationship at differing moments.

In conclusion, while a very commendable effort and a very promising group, I still fear Pascol might fall into irrelevancy, for they lack the certain star power that compels fans to gather around an emerging group. Moreover, even the nature of the track they’re promoting works against them, since ballads have a very limited demographic in the K-pop scene. Nevertheless, I still wish Pascol the best in the future. As a group, their talent and standard would allow them to get far, and I certainly want to keep my eye out for this exceptionable unit.

Overall, I give “Let Eat Together Sometime” a satisfying 3.1/5. Readers, what are your thoughts? 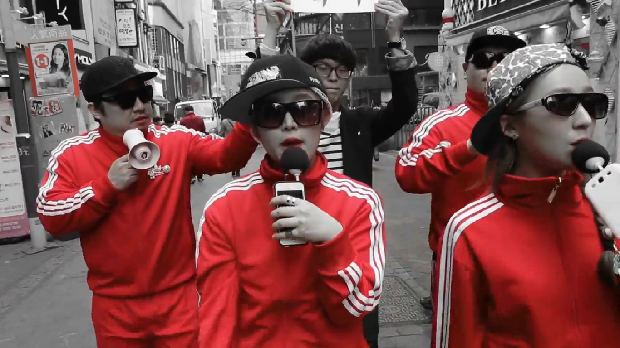