Roundtable: of K-pop and Western Collaborations 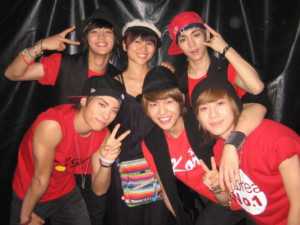 K-pop has been seeing an increasing number of collaboraions with creative minds from the West as of late, though to often mixed results. Leslie recently wrote of the difficulties (and danger to Exo’s safety) that American choreographer Tony Testa‘s creations present. It raises the question of why such collaborations are even done, sometimes, and can cause us to forget some of the good collaborations that do come out.

What are your thoughts on K-pop collaborations with Westerners? Which do you like, and which do you not? What, in your mind, makes a good Western collaboration? And should K-pop start looking elsewhere than the US?

Pat: Rino Nakasone and NappyTabs. Anything they touch, I love it. For me, the golden days of SM choreography was when Rino Nakasone was their choreographer. Can anyone deny that “Replay,” “Genie,” “Juliette,” “Love Like Oxygen” and “La Cha Ta” were all better technically when put against “Overdose,” “Wolf,” “Growl,” — hey look! Three Exo songs in a row! — and “Mr. Mr.?” As for NappyTabs, everything from their contributions to So You Think You Can Dance and SM choreography is fabulous.

As for what makes a good collaboration, I think a healthy dose of appreciation or respect for another regardless of the language barrier is something important. If the Western person collaborating doesn’t respect that what this K-pop artist is going to be performing whatever he or she contributes, then it becomes messy and lackadisial. 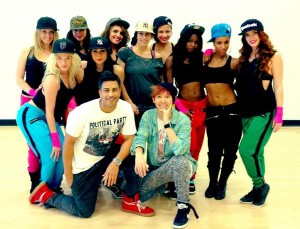 Gaya: Seconding the NappyTabs love; they have produced some good stuff for K-pop and their choreography for “I Got A Boy” was not only the saving grace of that comeback, it gave us a chance to see girl groups attempt some more dynamic choreography (in comfortable footwear!) than what they’re usually allowed.

I also have to agree with appreciation and respect being key to a good collaboration. It’s great to see that K-pop is used as a place to experiment with new things, but the other side of that coin is idol groups end up becoming guinea pigs to some pretty haywired ideas that don’t end up benefiting anybody than the “creative mind” responsible for it — they get a nice paycheck, some publicity and almost no accountability for the content they put out.

I have to confess, I often secretly hope for a K-pop collaboration with A. R. Rahman, but I also have a smeaking suspicion that it’s not gong to happen until Rahman becomes irrelevant enough in Hollywood, and maybe even in his native India, for him to consider it. And that’s if an offer is made at all; sometimes I just really wish K-pop would stop pandering to US soft power because it really limits its potential. 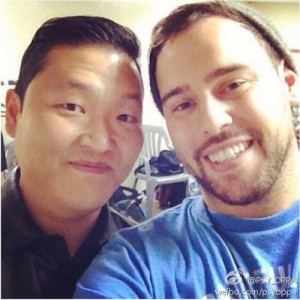 Lindsay: Collaborations between K-pop idols and Western artists is something that always catches my eye. Every time some well-known Western pop star tweets about how awesome their hangout with G-Dragon or Psy or CL was I can’t help but feel apprehensive. As Gaya said, K-pop stars often get included in the odd off-hand project that doesn’t actually make it into mainstream media in any significant way. For example, while I thought G-Dragon and Missy Elliot were great on stage together it isn’t like many outside of the K-pop fandom were even aware that stage ever happened. Just because the international star is famous doesn’t mean a collaboration will actually have any concrete benefit for the K-pop idol or group.

That being said, I do think collaborating with singers, composers, and choreographers from around the world can only benefit K-pop in the long run. Getting inspiration from different places is key to the continued development of the genre if we don’t want it to get stale. I’d like to see more collaboration between K-pop groups and the European market because it seems like the market it more open to diverse types of music than, say, the American market. It surprises me that there isn’t more European/K-pop pop star collaboration already.

Willis: I think the products culminating from Western and K-pop collaborations are quite intriguing. I especially loved Sky Ferreira and G-D’s “Black” as well as all of NappyTabs’ K-pop contributions. 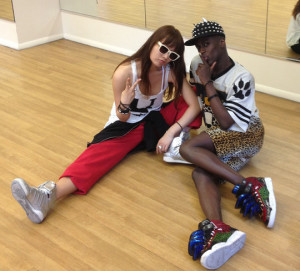 On the flip side, sometimes there can be a disconnect from the joint venture. I found SNSD’s “The Boys” jarring. Sometimes choreography may also rely too heavily on gimmicky illusions. That is not to say a varied style is bad. Even though I was not a fan of Jonte Moaning‘s choreography, there was an added dimension in stage dynamic brought to both Wonder Girls’ and T-ara‘s live performances, respectively.

K-pop should definitely look to places outside of the US to remain fresh. In some cases it has. Most notably, Orange Caramel has their pan-Asian influenced releases and MBLAQ has latin influences in some of their tracks.

Andy: It seems that we have a general acceptance that NappyTabs is awesome and we could use more of them. I also think that perhaps Parris Goebel would work well with a few groups. Can we get more choreography from dance crews, please?

I instinctively cringe when I hear of K-pop and Western music joining forces. When it comes to music, sadly, I’m usually disappointed when there is a collaboration with Western artists. There seems to be such a disconnect, and sometimes a drop in quality, when K-pop and Western artists work together. Yes, in order for K-pop to continue to progress, outside collaborations are important, but some artists completely miss the mark. For example, when SM takes previously released Western songs and simply change the lyrics: it’s just lazy, in my opinion. On the opposite side, I think the G-Dragon-Diplo collaborations are pretty darn good. Everyone involved needs to be on an even playing field and there also needs to be a mutual beneficial relationship. Don’t force the collaborations simply in hope of increasing the company’s market share. 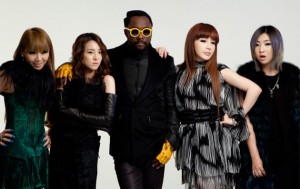 I don’t somehow have more respect for K-pop artists when they do these collaborations. Especially considering those they work with are ones I tend to avoid (like will.i.am). It’s important for styles to mesh well, and for K-pop groups to retain their individual colors. After all, isn’t that why we listen and are fans to begin with?

Camiele: I tend to have a problem when K-pop artists collaborate with American (because that’s all I’ve seen) artists/producers/songwriters because for the most part there’s an obvious lack of respect from the foreign entity toward the K-pop artist. I honestly think it’s a superiority complex. Barring Missy Elliott’s collabo in stage with GD (she just seems to love everybody in general and just wants to collaborate with everybody, which is the mark of a true artist) Americans tend to not take anything from Asia, particularly East Asia, at all seriously.

It’s not every American, of course. Shinee’s collabo with The Underdogs was brilliant because The Underdogs treated them as artists first, maintaining their style while ensuring it fit with Shinee’s–what a collaboration is. And that’s what’s missing–mutual respect as artists. K-pop artists are seemingly desperate to break in to America at any cost, even sacrificing quality and self-respect; Americans are inclined to take advantage of that for a few easy bucks.


As far as choreography’s concerned, the dance community, no matter where it is, is a family. That’s it. Dancers are only interested in creating, and they want to involve everyone in that creative process, especially other artists. Whether we as fans like it or not doesn’t factor into the true spirit of the choreographer. 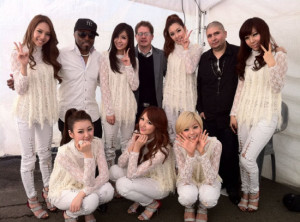 Leslie: I really find that appreciation and respect for one another’s work, as Pat mentioned, are key to a successful collaboration. All too often, K-pop companies seem to bring in (mostly) American artists for collaboration to advertise how ~Western~ and cool their artists are, not necessarily because they think that said artist’s style will complement that of their own. On the other hand, many of these artists don’t really understand the market they are entering. And considering the flippant disregard Western media has for K-pop, it would be no surprise if they don’t even take it all that seriously.

That being said, I wish that K-pop would look elsewhere than the US for collaborations. While the American market is the market to enter, and quite a few of previous collaborations have been rather good, there are other places where K-pop has more interest where it would be great to see some collaborations. I’d love to see some work with more South-east Asian or Latin American artists for a change, but the cynic in me doubts that will ever happen so I’d settle for at least more European artists.