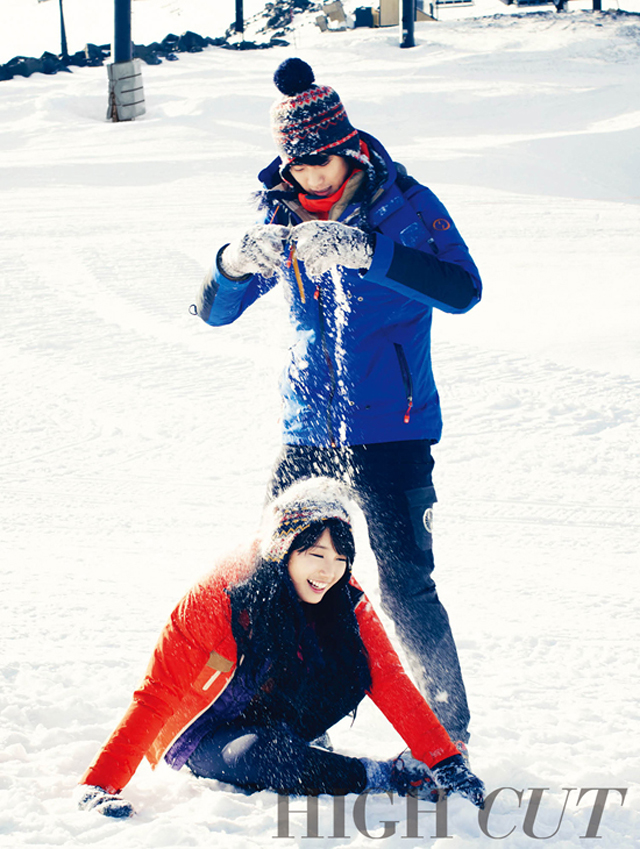 This week in K-pop news, our writers shared their musings on the recent works of Zia, C-REAL, Sunny Hill, Hello Venus, Joosuc and Ailee, and December.

In terms of Korean television, we looked at the best of last week’s music shows, Jay Park TV, Amy’s love for Song Joong-ki, and some notable OST champions.

As for socio-cultural topics, we talked about sexuality versus sensuality, fangifts, Christmas season in K-pop-land, koreaboos, and whether honesty is the best strategy for addressing plastic surgery.

While our writers certainly had a lot to say this week, you guys did too!

Here are five comments from our readers that stood out this week:

Brent Fahrmeier on From Sexual to Sensual:

I love the move to sensuality in Kpop and I hope it sticks or at least weeds out the more overly sexed up stuff. I think it takes the right group that has talent and class to pull off sensual and those are the girl groups I like. I think you brought up some good examples of this. Exid‘s Every Night quickly jumped into my top 5 of the year right next to Sistar‘s Alone for being great smooth tracks from groups with vocal talent and a classy catchy choreography. Also I would like to point out that Secret quickly came back with Talk That after Poison got some backlash for overt sexuality. Talk That is a great example of sensuality used right, In my eyes the difference is that sexuality looks cheap (in that you are literally trying to sell yourselves without substance) and tries too hard to say “have me, I’m yours”; sensuality on the other hand takes a confident woman that knows she’s sexy but also has talent and goes about it in a classy way so that it rather says “come to me, if you think you can”. The dancing of both styles show this difference pretty well too. Sexy dances are legs open and chest popping with “hot pants”, while sensual is more side shots and body waves, and leg swaying. Don’t get me wrong, I love the eye candy of a sexy song and MV, but the girl groups that pull off sensual and confident keep my attention even more so than the “fierce” concepts and the songs are in my head for much longer. Just my overly complicated two cents. 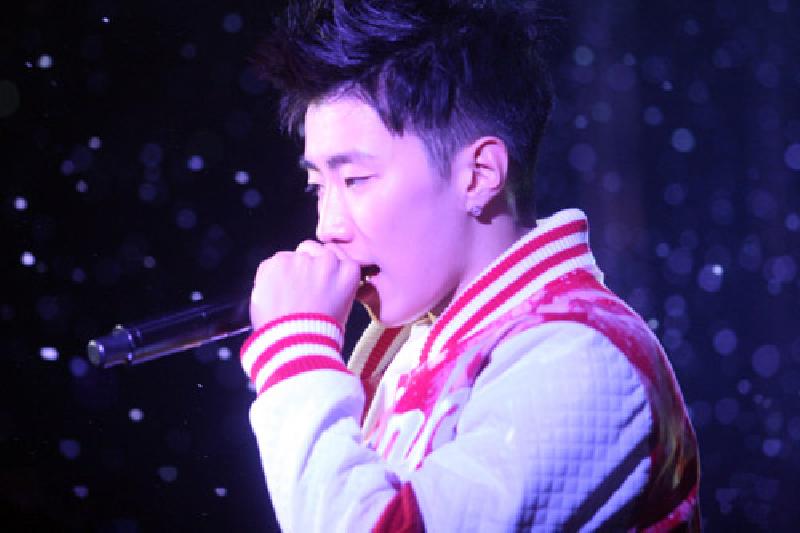 CertifiedNB on Jay Park TV Is Here to Entertain:

On the contrary, I actually believe Jay Park TV‘s main goal is not to entertain but to share as much of his life to his fans as possible. It’s not all comedic sequences, no theme in footages just random clips thrown here and there, not even a single regard on his image and whatnots. There are clips that show how he and his friends work hard behind the scenes, before and during the battle. Clips that show exactly how Jay and his friends roll, regardless if it’s funny or not. But of course, a lot of these are funny in a sense that it’s actually what most of us do in our own time, or we know or have some friends who acts and have fun like them, or that simply watching them all have fun makes us smile too.

Jay himself said this series is for his fans – something him and aom had in store for his fans. It’s primarily because he’s not allowed or not given enough opportunity to be on TV and he knows how Jay deprived everyone is. At least for his kfans, they can attend his bboy battles or live performances in clubs and festivals but for International fans, there’s no way of watching him other than on concerts and fancams. And this is what he came up with. Brilliant idea! 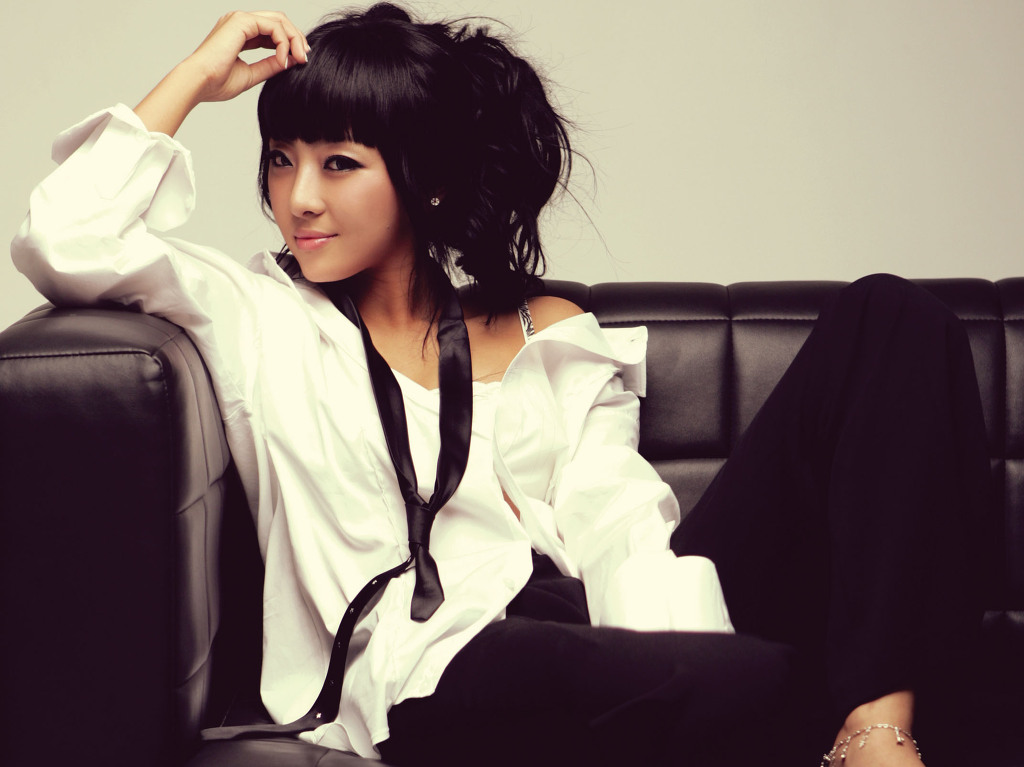 Jasmin Davis on Honesty is the Best Policy for B.E.G. and Plastic Surgery:

Honesty tends to be the best policy, but with plastic surgery, it’s hard to tell. The purpose of plastic surgery is to change the structure and appearance of the body, often used cosmetically by celebrities to look ‘better’. A standard must have existed before the surgery of what they (or the company) found to be attractive. Such standards exist within ideal types, such as Yoona: big eyes, S-line, small nose, pointed chin, etc.

K-pop is already built on superficial appearance, with idols maintaining an image where ever they go. They keep a professional and personal life separate. Plastic surgery exposes a character flaw and destroys that idol image of being ‘perfect’. Because of the standards that they’re professional life dictates, it’s best to keep it a secret. It’s best to maintain that image to keep themselves safely in the limelight.

I find that with their age, Brown Eyed Girls have no trouble admitting it. They are grown and matured adults who have come and gone through the celebrity spotlight. Being honest really expresses their maturity with the subject and understanding and growth of it.

I find older artists are able to be much more honest than newer ones. Plastic surgery is a part of the business. In a utopia, a person could talk about it openly without facing scrutiny from both fans and the media. We don’t live in such a world, and plastic surgery is only discussed and performed under the table, especially when celebrities are littered with ‘image’. I don’t believe celebrities can be honest until we either drop the ‘idol’ title, or when their established or irrelevant. 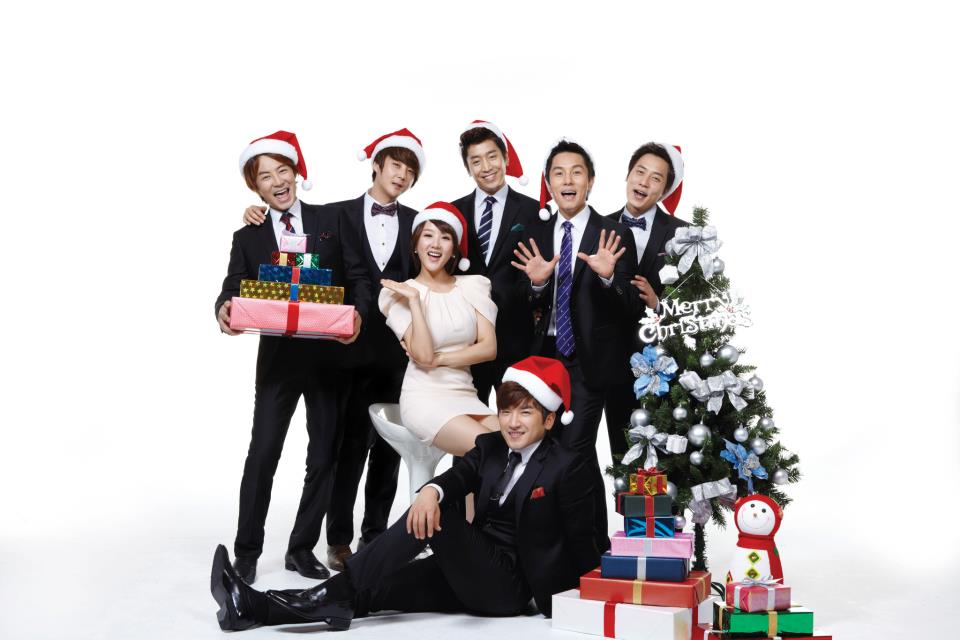 sakurahae on Koreaboo: Phase or Foe?:

The thing that bothers me the most about people who are obsessed with anything is their need to justify WHY they are liking something, and how its flaws aren’t really flaws, and how it is sooooo much better than everything else out there.

The thing is, is cant you be really interested in something without glorifying it? I mean, Kpop and the K-entertainment culture has as many flaws as the next market, you know? Just because you like it doesn’t mean that its better because you like it, which i feel is the main reasoning behind extreme fans of ANY thing. You like Kpop, so kpop has to be better than every other market to justify your liking it. And because some people might get on your case because they don’t understand why you like kpop, you cling to kpop and degrade other cultures markets. I like kpop because i like kpop. There doesn’t have to be a reason. it is okay if it isn’t considered ‘authentic’ or its considered ‘fake’ by people around me. I dont have to defend it and say that it is the most genuine thing ever.

I feel like that attitude is part of why the ‘koreaboo’ is so verbal about their love of kpop. people around them may not understand why they like what they like, or may tease or belittle them for it, so OF COURSE it becomes this Me vs them attitude, which leads into trying to defend everything which leads into glorifying everything because you want to set what you like and yourself apart from THEM. 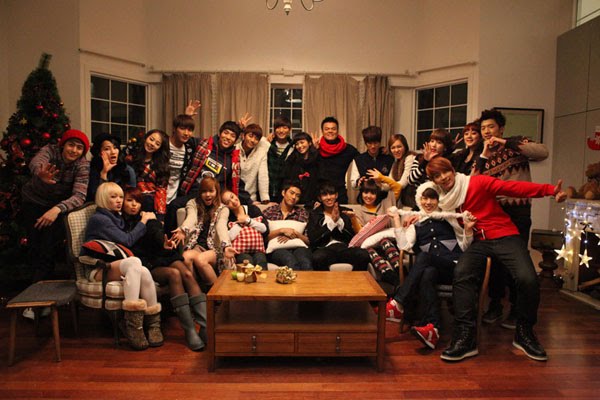 Nate Broadus on Christmas in Korea, It’s Time for Romance!:

Whether you celebrate the season as some sort of romantic interval in reality, or even religiously or secularly, the thing I most admire about this holiday is the fact that it gives a great many people the opportunity to push their petty grievances into the closet (if only temporarily) and come together to celebrate a phenomenon that is bigger than themselves. In a world so hellbent on setting fire to the ground moving at such violent speeds, having a season that forces you to focus on the people that are important to you is not only welcomed, it is essential.

Christmas allows everyone the opportunity to get away from doctor bills, house payments and that asshole at work/school that you can’t stand, and instead focus on family and friends. Sure, sometimes it can feel like replacing one earth splitting headache for another (awkward family gatherings, shopping, cooking and baking, etc) — but at least your family and friends can do one thing all the bills, house payments and assholes in the world cannot: return your appreciation. Even if your family seems to get pleasure out of nitpicking you to death, they still love you. Nobody would take the time to nag, nitpick or criticize if they gave less than a shit about you, that I can promise. You don’t have to like everyone you love, but having people you love, who love you, to spend the holidays with is something to be exalted. No matter if these people are friends or family, by blood or otherwise, all but the tragically misfortunate have someone with which to spend this season. 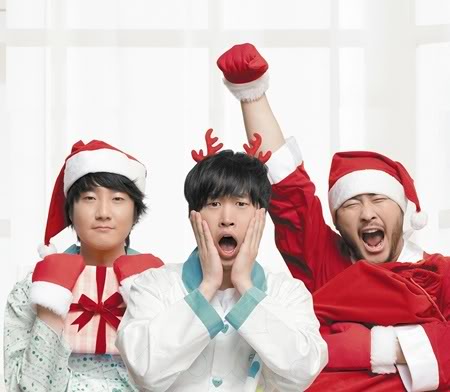 Marketers will always try to find some way to capitalize on emotion. It is their job. However, there is an underlying aspect to this holiday that cannot be manufactured, manipulated or twisted to fit a mold; this aspect is the kindness and decency the holiday brings out in the majority of people. There will always be exceptions, but generally, Christmas grabs a hold of the jerks in all of us and wraps them up in a big bear hug. It holds on so tight that we have no choice but to let go of our “childishness” (immaturity) and embrace our “childishness” (some residual innocence and goodness that we didn’t know still existed anymore), just for a little while. Whether you show that kindness by serving up a hot plate of turkey and dressing to a homeless person in a soup kitchen, or by carefully wrapping up a Lightning McQueen toy for some little kid you think the world of, both are rooted in some base sense of decency that manifests strongest at this time of the year. Corporations do a good job of providing people something TO give, but they cannot conjure up at will whatever it is inside us that compels us to spend our hard earned money on the people for whom we love (even if we don’t particularly LIKE all of them).

Overall, life can be a son of a bitch — but it is nice to be reminded of its goodness, on occasion. Christmas is one of those occasions. Whether you spend it focusing on romance, shopping or in the kitchen, each one is a labor of love. The types of love may vary, but any season that brings our love of something beyond ourselves to the forefront is reason to celebrate.

That’s a wrap for this week! As always, thank you all for being such great readers, and feel free to leave additional comments below!