Christmas in Korea, It's Time for Romance! 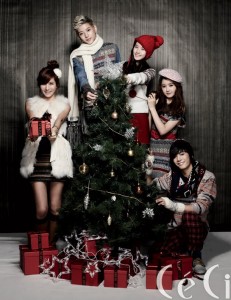 Christmas: it isn’t a universally celebrated holiday, but it has certainly made its way around the globe to many countries and cultures, with East Asia being no exception. When I think Christmas I think a fresh tree that smells like pine needles, big platters of home-baked cookies, a cold glass of eggnog by the fire, a break from school and work, and spending lots of time with my extended family, but what does Christmas mean in Korean? And what does it mean to K-pop idols? No doubt, it is a good time to market idols singing Christmas songs, but it is also a time for religious families to celebrate and for young couples to frolic in the winter cold.

South Korea isn’t the only East Asian country to celebrate Christmas, certainly, but it is one of the countries where the celebrations are most widespread because, compared to Japan and China, Korea has a large proportion of Christian citizens (around 30%). Also, in East Asia, South Korea is the only country to recognize Christmas as a national holiday, meaning students and workers are given the 25th off, but not an extended holiday like in Western countries. It is obvious that religion plays a big part in this and in the popularity of the holiday in general among families and children. Also because of the religious influence, going to traditional Christmas and Christmas Eve church services is popular for Christian Korean families, which is a tradition many Americans don’t even take part in anymore. 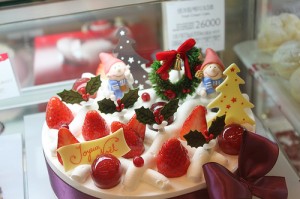 Even though Christmas is a national holiday, it still isn’t the all-encompassing festival that Christmas is in the US, for example. The larger population of South Korea is still Buddhist or non-denominational, so although people do celebrate the traditional Christian form of Christmas, there are also many people who just get into the holiday spirit without the basis of the birth of Jesus Christ. Despite the celebrations being more subdued than in Western countries, there are still exchanges of gifts and small holiday gatherings. Instead of the consumerist gift extravaganza that Western countries see on Christmas morning, in Korea it is more common to only give one gift to each person (generally someone close to you) or give gifts of money, and usually gifts are exchanged on Christmas Eve instead of Christmas Day.

With the overall westernization of Eastern Asia, in recent years many holidays have begun to be celebrated in one way or another that weren’t originally from that region, as was discussed in my earlier article about Halloween. Similar to Halloween, Christmas has taken on its own form in Korea that isn’t exactly the same as in the West, most notably the emphasis on couple romance. Sure, Christmas is a time when people think about being with the people they love, and that may include a significant other, but traditionally the love is focused more towards immediate and extended family. You won’t find many people going out on dates on Christmas Eve in the US, they’ll all be too busy enjoying their family (often in a place away from home), whereas in Korea lots of people will go out on dates or go clubbing. In popular culture in Korea (and Japan), Christmas is seen as a romantic holiday, comparable to Valentine’s Day, but with Christmas lights and Christmas cake. 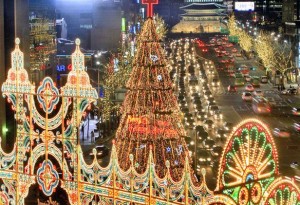 If you know anything about Korean non-traditional holidays, you probably know that romance is a big part of many. Although some of the holidays are more obscure, there is at least one romantic holiday most months out of the year, with some of the better known ones being Valentine’s Day (multi-cultural), White Day (also celebrated in Japan), and Black Day (not so romantic). So it makes sense that in a pop culture where romance and love are emphasized that Christmas would be equally romanticized for non-Christian people. And really, who can deny that the feeling in the air around Christmas lends itself to romance? The colorful lights, the cold weather so perfect for snuggling, giving gifts, and of course, some of the most popular Western (non-traditional) Christmas songs. 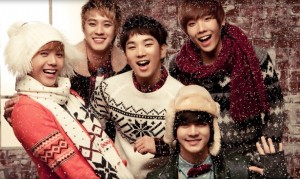 If you listen to popular Western Christmas music, there are many songs that emphasize being with that special someone on the special holiday and likewise it is easy to see where the misunderstanding may have come from that Christmas is a romantic holiday. Despite that there are very traditional Christmas songs, such as “Deck the Halls” and “The First Noël,” those aren’t often the ones playing on the radio, what you more often get are songs more like “All I Want for Christmas is You” and “Last Christmas” which focus on the couple aspect of the holiday. Likewise, the majority of original release K-pop Christmas songs have to do with relationships and love. It only makes sense that if Christmas is a date holiday in Korea that is how the K-pop companies are going to market their groups and songs during this time of year to make the most sales. 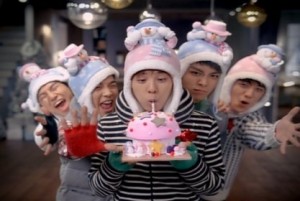 Some examples of romantic K-pop Christmas songs in recent years include MBLAQ’s “White Forever,” Boyfriend’s “I’ll Be There,” Pledis Family’s “Love Letter,” Girls’ Generation’s “Diamond,” and ZE:A’s “My Only Wish.” These are only a few examples of the avalanche of K-pop songs with the same basic meaning; it is Christmas, I miss you, I want to be with you, snowing, etc. Combining the consumer’s love of idols and the Korean love of romantic holidays, Christmas turns into a marketing dream for entertainment companies with a catchy Christmas song to release. Not to mention the opportunity to dress idols up in adorable matching holiday outfits and do big company-wide projects that let fans see all their favorite groups from a company working together.

Does all this pressure to have romance make the idols feel lonely? We all know how most entertainment companies feel about idols dating, secretly or publicly. And what about everyone else? Doesn’t it make Christmas that much more depressing if you don’t have someone to spend with it? Maybe not, since the holiday isn’t as big a deal as it is in the West perhaps people who are single are OK with simply not celebrating. Or, of course, they can just hold all of their bitterness in until Black Day. Maybe K-pop bands should start coming out with Black Day songs about breaking up to capitalize on that market as well. 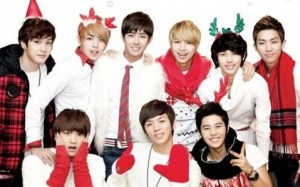 Christmas may not be the same in Korea as it is in Western countries, but I think the underlying emotion is the same, spreading love and caring, whether it is through family time or time spent with a special someone. For some people who have difficult family lives and may not find joy from spending time with their relatives the emphasis on romance as opposed to family may be refreshing and make the holiday more enjoyable in a different way. I certainly know people here in the US who would be just as happy, if not much happier, to spend Christmas with one important person instead of feeling the pressure to live up to a whole family’s expectations. Korea has plenty of traditional holidays where family and ancestors are the emphasis, so having Christmas be yet another date holiday doesn’t strike me as anything wrong, even if it is different from the Christmas feeling I grew up with.

Happy Holidays, Seoulmates! What type of holiday celebrations are you having now?

A Christmas When Teen Top Acts Cute For A “Snow Candy” 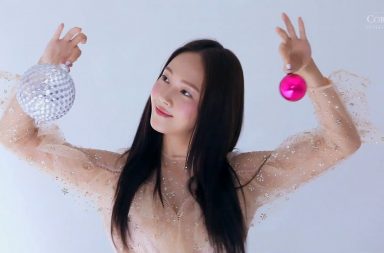 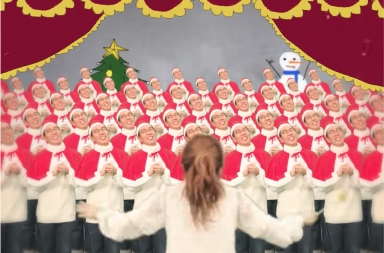