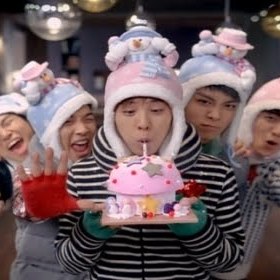 Christmas is less than a week away, and by now most people have finished with their Christmas shopping and gotten their gifts for loved ones in order (at least, that’s the aim…) But what about our dear idols?

It seems they don’t have to wait for Birthdays and Christmas to be showered with gifts and well wishes; along with the now customary rice donations on their bias’ behalf, fan-sites also send in various luxury goods and electronic devices; and fans can give individual gifts at fan-signs or by mail, among other ways. Off-stage, an idol will almost always be wearing or using something that was a fan gift, something that fans always appreciate.

What are your thoughts on fan gifts? Have you ever sent a fan-gift, or would you consider sending one? 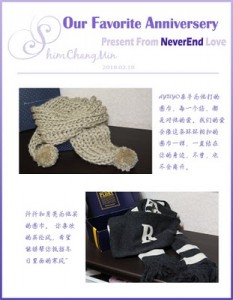 Nicholas: While I appreciate the intention behind any fan-gift, I feel that some of them border on excessive. A good example are the birthday gifts of some of the more well known idols, where the total value of them run into the thousands. That, at times, is more then what we spend on ourselves as a treat. Also, I might suspect that where rivalry is concerned, fan clubs might compete with each other to see who can give the most expensive or coolest gifts to the point it gets over the top, or possibly among the group members to see who gets the most love.

Before sounding too pessimistic, though, I do still like fan gifts. The thought put into gift selection does show how much fans love them and as long as the idol appreciates it then nothing wrong with it. Also in some ways the gifts serve as a nice supplement to the other perks they already enjoy.

While I have not sent a fan gift so far if I could, I would try to send my biases something useful and hopefully personal like a scarf. The best gift from any fan though is still the (rational) support, I guess.

Ambika: Fan-gifts done in bulk always amaze me with their complexity and range, and not always positively. There tends to be variety from food to electronics to brand-name clothing, showing the affluence of a fandom. It does seem excessive, and I can just hope that the idols put those gifts to good use. 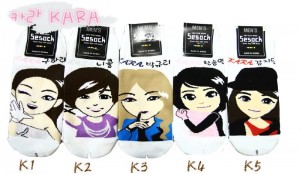 What I think is okay, though, is when groups of fans get together to make donations to a charity or somehow better the situation in another area in the name of their favorite idol group, granted it’s to or through a legitimate organization using the money well. Of course I’d like people to have that motivation on any normal day, donating for the sake of improving the lives of the less fortunate. But it’s still nice to see the influence of K-pop idols doing some good and bringing about some level of awareness and activism.

I haven’t ever sent a fan-gift  and I’m not really planning on it in the future. But if I were to, like Nicholas, I’d like to send something useful, most likely some type of clothing. Maybe socks. You can’t have too many socks, right? 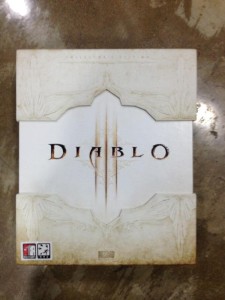 Johnelle: I have mixed feelings about fan-gifts. I see no problem with fan-gifts when done reasonably–asking fans to donate a couple of dollars towards planned special gifts for the idol or maybe a nice meal for the cast and crew of the show an idol is on. But when it gets into the ridiculous realm, with fans buying or planning to buy tons of luxury items–I feel that is stepping into the realm of misuse of a fans’ affections. There even was a bit of controversy a while back when that video game came out (Diablo, I think) and a bunch of idols had SNS’d about wanting it and a bunch of them got it as gifts from fans. I also think it’s wrong when fandoms use fan-gifts as a way to prove superiority over other fandoms. Most fans aren’t well off or rich and it’s kind of baffling to think that even after spending their money on CDs, concerts, merchandise, etc. that they are also donating money towards buying gifts for idols when some of those idols have a lot more money than they do.

I also agree that it’s a good thing when fans donate money towards charities or buying rice for the less fortunate in the name of their favorite idols–it’s hard to go wrong when you’re donating money towards a deserving charity. 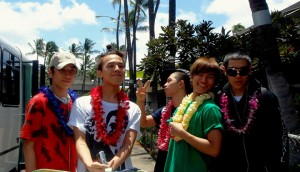 I have actually bought fan gifts before–for some of my favorites that have passed through the islands I bought some of Hawaii’s best like chocolate covered macadamia nuts. We have this thing in Hawaii: some call it omiyage, others hookupu, but basically what it is is that you never go anywhere empty handed. So if you’re visiting friends or family or they are visiting you, you always have some kind of gift–food or items from your homeland to share with them in thanks for them inviting you over or visiting you. So, if say Big Bang were ever to come back to Hawaii to visit and I was able to get a gift to them that’s what I’d buy: some Hawaiian delicacies like chocolate covered macadamia nuts, 100% Kona coffee, maybe a slack-key guitar CD, and some cookies and candies from Big Island Candies–some of the best goodies available in Hawaii that they may never have the chance of trying because an idol can’t always go out and shop around–and’ I’d like to share that part of my homeland with them.

In the end what people do with their own money, is their own money business. But I would like to think that fans know what the limitations of their love and budgets should be. 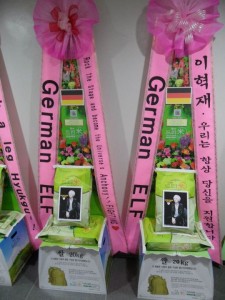 Maryse: For me, fan-gifts are fine as long as there’s an appropriate reason to give to an idol. But sometimes, idols get so pampered and spoilt that some of them start making use of the “love” given by their fans by requesting for things they want and fans blindly buy those expensive gifts for them.

I, too, think it’s fine when fans donate for charity or buy rice under their idols’ name.

Personally, I’ve never bought fan-gifts for idols and probably won’t because I think that it’s good enough that I express my support for them by buying their music. But if I were to send a fan-gift, the most I’d do is to send a donation for the less fortunate in the name of my favourite idol.

Gaya: I heard that fans bought a piece of land in Scotland for an idol’s birthday, though I think the land was part of some preservation scheme? In any case, seeing all these extravagant gifts freak me out. I though fan mail was letters and cards, not Louis Vuitton wallets and iPads. In fact, if I were to send anything to an idol, it would just be a letter of support, telling them how much I enjoy their music and other work.

You’d think that idols would be able to buy things for themselves, but then you hear about low pay, etc., and suddenly, it’s not just a show of support, it’s almost like a survivor kit; I feel like there is an element of saviourism involved. That’s what stops me from sending less popular members of groups gifts, because then I’d more interested in making up the shortfall due to their lack of popularity rather than genuine interest and care.

Like Johnelle, I would love to be able to share some Australian food with my favourite idols (I wonder what they’d think of Vegemite?), but, ultimately, I agree with Maryse that the best way to support your idols is to buy their albums: what better way to reward the ward work they’ve undoubtedly put in? 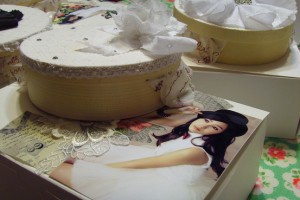 Dana: I just remember reading a really strange and unfortunate article in the Wall Street Journal about the ridiculously expensive catering companies that have cropped up in Seoul in response to fans who wish to purchase lunch for their favorite idols. At the equivalent of $70 for one box, I happen to think the entire enterprise and practice is a bit ridiculous. I know that some people draw fulfilment from seeing their idols happy, but it’s a bit disheartening to me that people — and really, in most cases, kids — would spend their hard-earned money on something outlandish for someone that they don’t know personally. I’d rather use that money to buy something for my dad, brother, or friends — you know, people who know and love me (I hope?) and who might one day reciprocate (…I hope?).

I don’t really have a problem with fan-driven efforts to make donations or give to charity in the name of certain idols, but I really wish that idols themselves would be more vocal and get behind issues. If an insanely popular group like SNSD were to come out in support of a certain idea or policy or what have you, it would perhaps lead to more informed and less wastefully extravagant fan gifts. But that’s a pipe dream, I think.

If I were to send a gift to any idol, I think it would be something practical, like ColdEeze — a zinc supplement that shortens the duration of the common cold. It’s my number one go-to if I have the sniffles, and it’d get them back on their feet much faster!