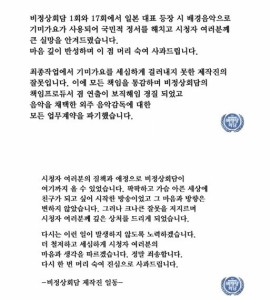 During the seventeenth episode of JTBC variety show Abnormal Summit, the Japanese national anthem (“Kimigayo”) played in the background as part-time Japanese panelist Hitomitsu Takeda made his entrance. “Kimigayo” also played in the background of the show’s pilot episode, long before the show had garnered much attention. Viewers across South Korea were outraged with the multiple instances, calling for the cancellation of the show. Following the latest incident, KakaoTalk pulled its sponsorship from the show. Though the staff issued a public statement, apologized at the beginning of the eighteenth episode, and fired the producer and the director, netizens are still unsatisfied.

Non-Korean fans of Abnormal Summit panicked with a possible cancellation on the horizon, asking time and time again, “what’s the big deal?”, failing to understand the history between the two nations and the meaning behind the anthem. With the necessary historical context, it’s much easier to understand the outrage from Korean netizens.

In 1905, Korea became a protectorate of Japan, following Japan’s victory in the Russo-Japanese War. In 1910, Imperial Japan officially annexed the Korean peninsula. During Japan’s rule from 1910 to 1945, Imperial leaders forced Koreans to sing “Kimigayo” as a sign of loyalty to the Japanese Emperor. The same anthem was sung throughout all of Imperial Japan’s puppet states, colonies, and protectorates, replacing all local anthems. After World War II, the empire of Japan ceased to exist, and only the score of “Kimigayo” was played during official ceremonies, sans lyrics.

In 1999, the Japanese government passed the Law Regarding the National Flag and National Anthem, making “Kimigayo” the official national anthem of Japan. The passage of the law was met with negative reactions, both in Japan and in other Asian nations, namely those formerly under imperial rule. Opposition stems from the anthem’s ties to Japan’s violent reign. In Korea alone, male laborers were forcibly sent to factories in Japan, where many died from harsh and dangerous working conditions. Korean women, along with women from other Japanese-occupied territories, worked against their will in brothels as comfort women.

Though “Kimigayo” is the official national anthem, some Japanese citizens refuse to sing it for myriad reasons. Following the passage of a Tokyo directive requiring the singing of “Kimigayo” at events, 388 teachers in Japan have been reprimanded for refusing to sing the anthem. In a lawsuit filed by Tokyo high school teachers in opposition to the directive, presiding Judge Koichi Nanba stated in his verdict that it is “an undeniable historical fact” that the anthem was a “spiritual [prop] of Imperialism and militarism from the Meiji Era (1868-1912) until the end of World War II,” adding that the anthem was not yet a neutral symbol.

In Korea, many have voiced fears of the eventual forgetting of Korea’s history and the stories tied to “Kimigayo.” For a number of years, Korean history wasn’t a compulsory subject on the College Scholastic Ability Test (CSAT); rather, it served as one of the exam’s selective subjects, as mandated in 2004. The percentage of students who chose Korean history as a selective subject dipped from 27 percent in 2004 to 7 percent in 2012. Under academic pressure, many students zero in on the exam’s primary subjects: mathematics, Korean, and English. Despite recent news of Korean history returning as a compulsory subject on the 2017 CSAT, anxieties regarding the preservation of history remains. Combined with attempts from Japanese politicians to downplay, ignore, or flat out erase the country’s violent Imperialist past, the fear has heightened. 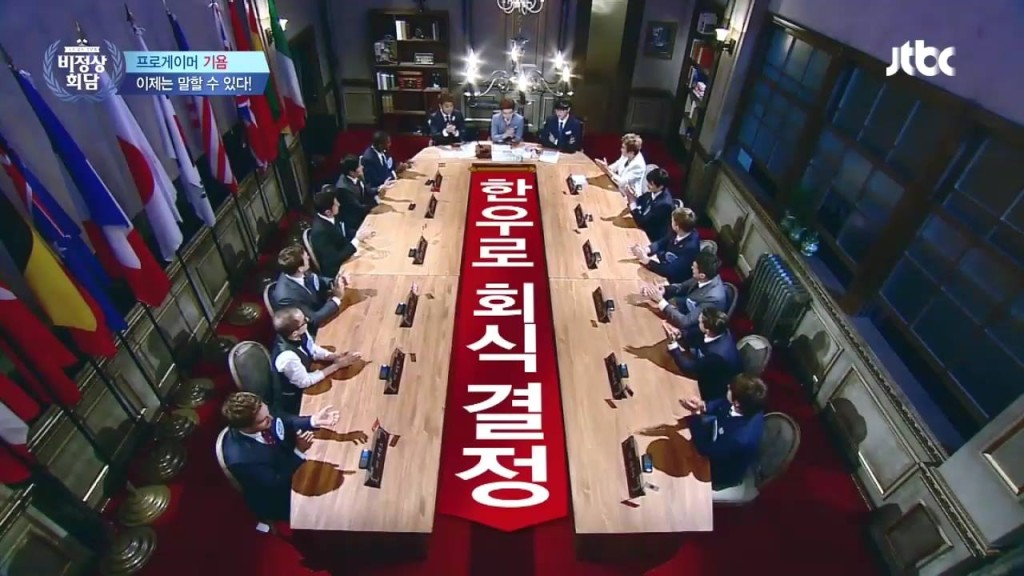 It’s easy to fall into the trap of our own interpretation of details—if it seems minor to us, negative reactions are over-the-top and unnecessary. The echoes of violence and political stratification don’t go away overnight. It may be hard to comprehend the gravity of an Imperialist symbol playing on a Korean show, but we must understand the point of view of Korean fans. Ultimately, we aren’t the show’s intended viewers, and this incident will most likely lower its ratings.

Though Abnormal Summit has continued as scheduled, with ratings forecasts still unclear, netizens continue to flood posts with their dissatisfaction. With a significant dip in viewers, the show might be forced into cancellation. If JTBC were to cancel Abnormal Summit, a number of other networks would love to snatch up these “hot trend” panelists, namely Sam Ochiri and Enes Kaya. I would certainly miss the show’s format, the insightful debates, and the amusing banter. But 90 or so minutes of weekly laughter and smiles aren’t worth the discomfort of a nation.