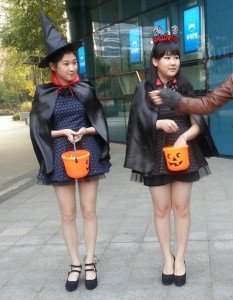 Oh Halloween, a holiday where men dress up like women and women dress up in lingerie. But in all seriousness, the holiday has become less about being scary and more about costumes in general.

This isn’t necessarily a bad thing, as costumes play an important part in society. According to Jungian psychology, we each have a persona and a shadow, the latter which we rarely show to the world. The Halloween holiday, and wearing a costumes in general, allows us to show our hidden selves in the characters we choose to impersonate.

So that means Jo Kwon’s inner personality is a bloody nun? Probably not, but his costume certainly brought out some of the issues that can arise during Halloween, when people are faced with shadows they would normally subvert. 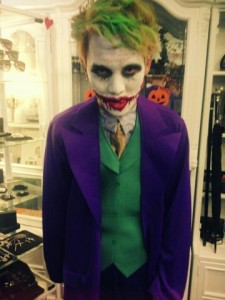 Historically, Halloween is theorized to be based on a number of more ancient festivals, such as the pagan holiday of Samhain celebrated by the Celts, and All Saints’ Day from Christian traditions. That being said, it is the Puritan sects of Christianity that have always opposed Halloween and it wasn’t until a large number of Irish and Scottish immigrants came to the US that it began being widely celebrated.

So why is Halloween celebrated in Korea? Well, that depends on what you classify as “celebrated.” Like many Western traditions, Halloween has been adopted by Koreans, but it still isn’t quite the same as it is here in the US. There simply isn’t the European history to the event, no traditions of dressing up to scare the demons away from your home, and trick-or-treating seems fairly non-existent. That last point is pretty understandable because if Koreans are learning about Halloween from expats — namely working professionals who we will assume are old enough to be on their own — they are getting a view of the holiday which solely involves dressing up and going out on the town with friends. 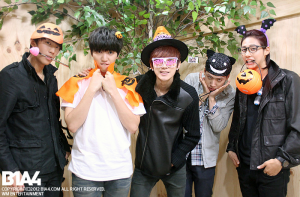 Underneath the fame, idols are normal young people too, and they seem to enjoy dressing up for Halloween as much as the next Western influenced Korean person. This year, photos surfaced of SHINee’s Key as the Joker, 15& as cutesy witches, Park Han-Byul with creepy fake stitches, and a number of boy groups, such as EXO-M and B1A4, wearing decorative Halloween accessories. Nevertheless, these weren’t what I would’ve considered as costumes. Logically, they were all done in good fun but the one costume capture that ended up causing a commotion was 2AM’s Jo Kwon dressed up as a dead, or maybe, bleeding nun.

As far as traditionally scary Halloween costumes go, I’m giving this one a 10/10; however, the internet community wasn’t as impressed as I was. While half the people who saw this photo enjoyed the sheer creepiness of it, the other half seemed to think that Jo Kwon went a little too far. Two things are true; one, nuns are religious figures who are viewed in a holy light by many, two, people dress up as far more offensive things than a bloody nun every year. It is understandable that some people who may be strict Catholics, would be offended by seeing a nun fashioned hauntingly by a man. But honestly, isn’t it a bit much to condemn Jo Kwon as a disrespectful person for one Halloween costume? If you go out on Halloween weekend in a city in the US, you are going to see costumes of priests, nuns, school girls, pedophiles, pimps, “Indians,” gangsters, and “sexy” everything you can possibly imagine. Are some people offended by this? Probably, but if they voice it they are seen as extremists. Why? Because Halloween is seen as the one time of year when wearing anything is acceptable. This doesn’t account for the fact that there are people from different cultures around the world who may not celebrate a Western style Halloween and may not find the humor in it. 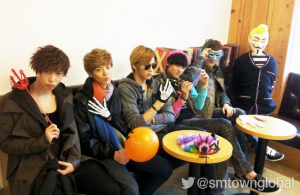 If Jo Kwon had randomly dressed up as a nun for a variety show, the anger and offense felt by netizens would’ve been more understandable. Religion has and will continue to be a delicate subject and sensitivity towards it doesn’t appear to be diminishing. Another touchy subject is how much free speech idols are allowed to have. The responses to Jo Kwon’s photo included people lambasting him for sharing such a picture on the internet. So, the idols wearing accessories that barely qualify as costumes are better than the costume that stays true to Halloween’s roots of being a festival where people wore grotesque outfits to scare away bad spirits? This has been the trend worldwide with Halloween recently, it seems. It has become more about people expressing their inner “shadows,” by being cute or sexy, as opposed to warding off evil shadows in the outside world. 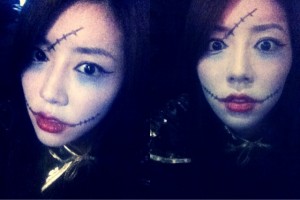 If Jo Kwon had included a caption with his photo that said something along the lines of “all nuns should die,” or something else offensive to religion in general I would be right there with the internet community in questioning him, but he didn’t do that, he simply wore a scary costume on Halloween. This is one of those issues (along with race, sexuality, etc.) that never fails to get under people’s skins. Reflecting on how this came to pass, Jo Kwon would not have opened up about his “Halloween creativity” if that meant that he would receive netizen harassment. Certainly, he must have enough attention to embrace as a public figure. Unfortunately, the reality of the situation is that he will have to live with the internet community calling him disgusting and disrespectful for a while and the eventuality of this is that he may lose some of his Catholic or Christian fans. Let’s all just be thankful he didn’t wear a skin-tight, red latex nun outfit like Lady Gaga.

What do you think, Seoulmates? Is Jo Kwon’s outfit all in good Halloween fun? Or has he crossed the line to being offensive?