Brown Eyed Girls (or B.E.G.), they are not K-pop rookies, and they have proven that by speaking, or singing, honestly and humorously about plastic surgery on SNL Korea. With their “Plastic Face” parody of Lady Gaga’s “Poker Face” they poke fun at the double standards of beauty and plastic surgery in South Korea without concern for their own image. Brown Eyed Girls aren’t rookies in the field of plastic surgery either, with some, if not all, of them having gone under the knife at some point and there is no point in denying that now, not with them giving a not-so-subtle nod to their own debut period photo in the video.

Seeing this level of honesty from k-pop idols is refreshing to say the least. B.E.G. has always been a little more honest than other idols about plastic surgery, with the exception of ZE:A’s Kwanghee perhaps, with both Narsha and Ga-In openly stating that they received plastic surgery and are happier because of it. And why not? B.E.G. was a group that people in the K-pop industry worried about because their looks weren’t up to idol standards, so it must make the members feel much more confident and stable in their group’s popularity to have the faces they are expected to have. Luckily, due to their popularity, they can also make a bold, if humorous, statement about an issue like plastic surgery without as much backlash as a rookie group could. 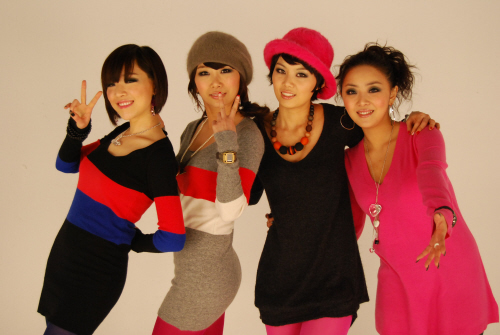 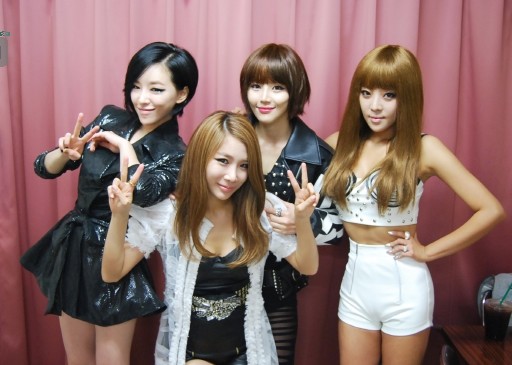 As for the parody, first, awesome use of Lady Gaga’s song, second, the use of curse words is awesome as well. Normally, vulgarity should be used in moderation, if at all, and only to emphasize a point in a particular way, but in this parody the strong use of curse words makes it not only funnier but also more honest. Who wouldn’t be mad if they went through a bunch of surgery to look more like the “ideal” only to be told that natural beauty is better anyway? Well, reality check, natural beauty is a deception, especially in K-pop.

B.E.G. says it themselves in the parody, that natural beauty you think your girlfriend has isn’t real, and that is because people aren’t honest about their plastic surgery. Sure, we’d all love to be gorgeous by genetics, but that simply isn’t possible and so the double standard is created. B.E.G. is one of those groups that got plastic surgery after debut, as opposed to before, so their transformation is noticeable, where some groups may get plastic surgery before debut so the public will never know. This is another reason being honest would be better for the K-pop industry in general, it isn’t fair to the fans or the idols that get plastic surgery later in their career to pass off so many idols as “natural” beauties because it creates an unreachable standard. Not to mention it creates fan delusions, because, honestly, how many times have you heard, “my oppa would never get plastic surgery!” being said in some form on the internet? In K-pop, groups will do just about anything their companies tell them too to maintain their popularity. 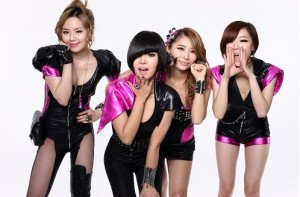 In the parody, B.E.G. end up making the point that everyone has the same face, an unfortunate societal side-effect of rampant plastic surgery. They are right, after all, if everyone in South Korea decides to get the same eyelid surgery, the same nose surgery, and the same jaw surgery there won’t be anyone with an individual beauty left. They even go as far to point out the popular place you can get surgery, Apgujeong-dong in Gangnam district if you’re wondering, and that surgery is cheaper than a designer hand bag, which all points to plastic surgery becoming more and more mainstream.

What is so bad about everyone looking similar? Arguments for “being yourself” aside, if everyone was equally attractive wouldn’t society be more fair? B.E.G. is pretty open about plastic surgery giving them more confidence, so even though they may have similar facial proportions to others now at least they have the proportions that South Korean culture sees as beautiful. This is probably where their argument for a more honest, accepting view of plastic surgery comes from; because it made them feel better about themselves they see no reason not to talk about it openly. If this became the common view of plastic surgery it would be a lot healthier than the current dishonest double standard of wanting people to look a certain way to be attractive but then condemning them for using minor surgery to get there.

Above everything else, honesty is the message we should take away from this parody. If being honest about getting plastic surgery weren’t taboo this wouldn’t even be an issue and B.E.G. wouldn’t have gotten negative feedback for getting plastic surgery in the first place. If plastic surgery is going to be the norm in socialite and idol South Korean culture honesty needs to be adopted as the policy or the system will continue to have a double standard that sets impossible ideals for people who can’t afford or don’t want plastic surgery. If you get plastic surgery, go ahead and own it, this especially applies to idols, so fans can stop having unrealistic expectations for their own body image. We can all have double-eyelid surgery and get a v-line chin if we want, but first we have to accept plastic surgery as an image change, like getting your hair styled, as opposed to viewing it as a negative process that turns people into “plastic monsters.” 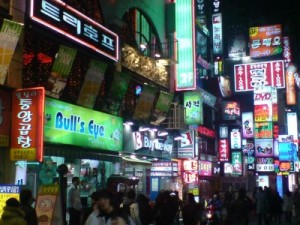 Do we want to accept plastic surgery? Or would we rather push harder for the reinstatement of natural beauty as the ideal? It is hard to say when the K-pop industry is so rooted in a specific image that isn’t at all conducive to being natural.

What do you think, readers? Are you on board with Brown Eyed Girls message to be honest about plastic surgery?