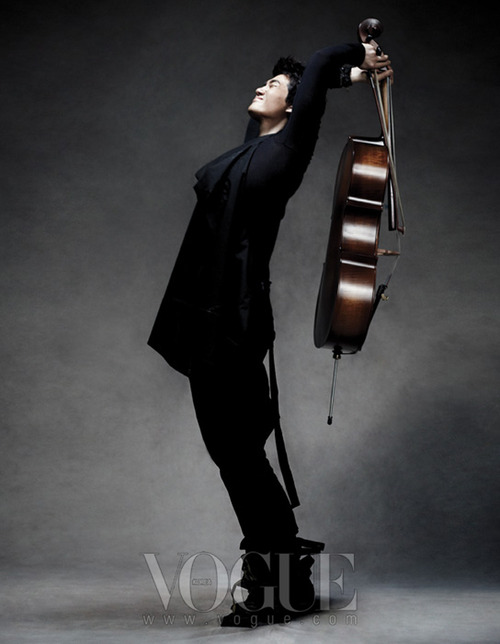 This week in terms of idol and music news, we talked about Infinite, rookie possibilities, Tahiti‘s debut, a case for Super Junior‘s continued relevancy, an objective look at the T-ara situation as well as a Roundtable of our thoughts and speculations, C-Clown‘s debut album and MV, Beast‘s “Midnight Sun,” some of K-pop’s greatest divas, LOEN Tree, Ace of Angels, Teddy Park, Sung-hoon, and AJ going to college.

Regarding culture, tv and fashion, we talked about Immortal Song 2, a mid-year look at the best actors and actresses, lab rats of K-pop fashion, Sistar for Vogue Girl, online harassment of idols via Twitter, as well as MV parodies.

Here are five of my favorite comments from articles this week:

Marisu-dono on Roundtable: The T-ara Debacle:

What I really don’t understand, is how somebody who’s supposed to be an old hat in the industry, FUBAR in a PR perspective? And yet, judging from his history, get away with it time and time again (SeeYa, SGWannabe, 5dolls).

This is not the first time idols under his purview have been under the public scrutiny for bullying and/or leaving with tension. And each time the idol that has “renegade” against him, ends up somewhat giving up their cause. Nam Gyuri appeared a couple of times with SeeYa before quietly leaving, and Hwa Young has apologized publicly for her “actions.”

All in all, his crisis management and subsequent smear campaign against Hwa Young as pointed out by the authors, is laughable. Not to mention how he manages to sound like a gangster and seemingly imply to threaten Hwa Young in a couple of interviews. A team of llamas could probably do better.

One would think, rationally, Hwa Young with the backing of netizens (including sane ones) could give him the finger with no consequence. Yet, here he is with confidence that borderline arrogance, claiming that he is fully justified in his actions and he was the one that was wronged. And unfortunately he received his undeserved apology. 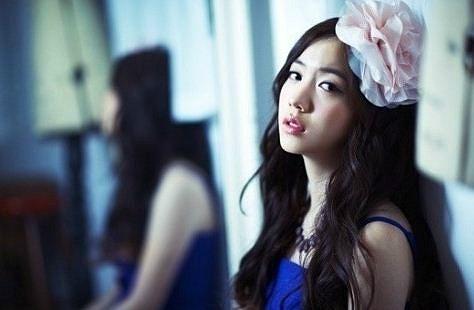 This begs the question, what power or influence does he hold against his idols, that they become frightened of him? This is despite having what seems to be the upper hand in terms of image and him consistently bs-ing his way to the media. At the risk of sounding paranoid, I think there’s something really shady going on at CCM.

Personally I think if the netizens who do indeed really care about Hwa Young, or just about the seriousness of bullying, should spend more of their time calling out the CEO himself on his shady practices. While I don’t condone nor excuse the actions of the members of T-ara (passive-aggressively ganging up against a colleague online), focusing on them is not nipping the problem in the bud, but rather just slapping a temporary band aid.

As noted, this is not the first time CCM has faced such problems- and each time the CEO is more often than not in the center of the controversy. His blase and borderline abusive treatment of his idols, the way he steamrolls those who have wronged him, fostering an environment in which his idols feels pressured to compete with each other – I think he is the biggest bully. Netizens need to realize that the problem is also inherent with the system in which there is a serious power imbalance and subsequent misuse, and this is what they should focus upon rather than a massive witch hunt on the girls who are a tragically flawed product of such a brutal system. 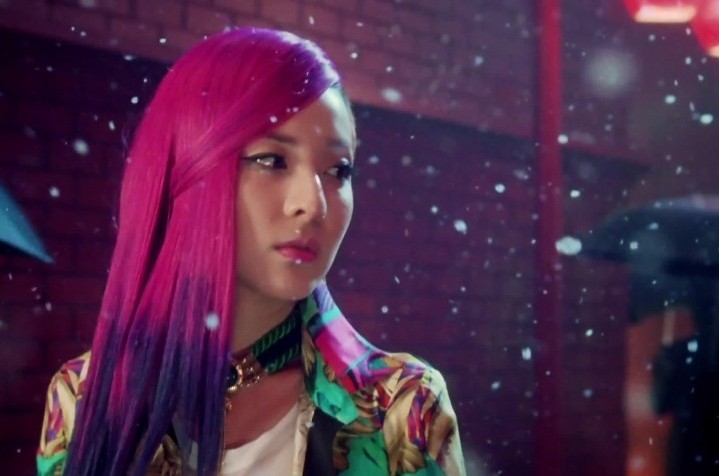 Michele on The Lab Rats of K-pop Fashion:

I’m surprised you didn’t mention Dara from 2NE1 as a lab rat. I think her, even more than Hyoyeon, gets the sad part of trying out new looks. I love Hyoyeon and I feel bad for her because until recently it seemed like stylist didn’t care too much about her appearance. It’s not that they kept trying new looks on her (She wasn’t the only girl in SNSD to go blond or to have those curled bangs at one point), just that the new looks they gave her didn’t suit her. 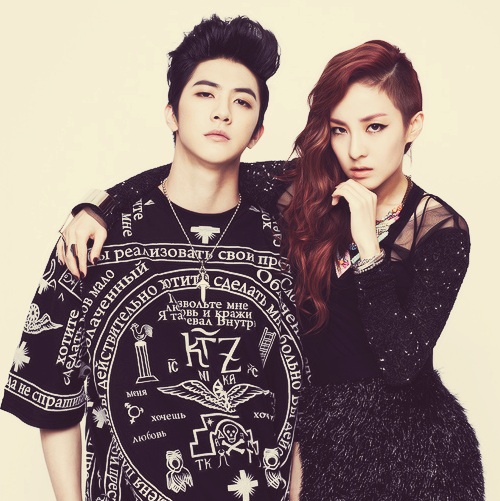 Dara, on the other hand is constantly given weird looks, even weirder than her members. Just look at her hair : from her palm tree hair during their debut, her crazy hair in the It Hurts MV, to her vegeta hair during I Am The Best and now with part of her head shaved (and the hair she still has dyed in different colors). You can also look at the clothes she gets: that cap with those ridiculous long threads during Ugly or the fact that if one of the girls has to wear baggy clothes that won’t fit, it’ll be her.

I think Dara’s styling is actually quite interesting because she is the prettiest girl in 2NE1 yet she gets some of the most awful stuff. She looks very delicate and feminine but since 2NE1 is marketed as strong group, I feel the stylists try to tone down her beauty by giving her awful stuff. While CL and Minzy have the attitude to be in 2NE1, Dara doesn’t so her clothes try to make up for that. This leads to her having many styles that we can only look at and wonder what were the stylists thinking. Had Dara been in another group she probably would have been the face of the group and the girl whose style rarely change. 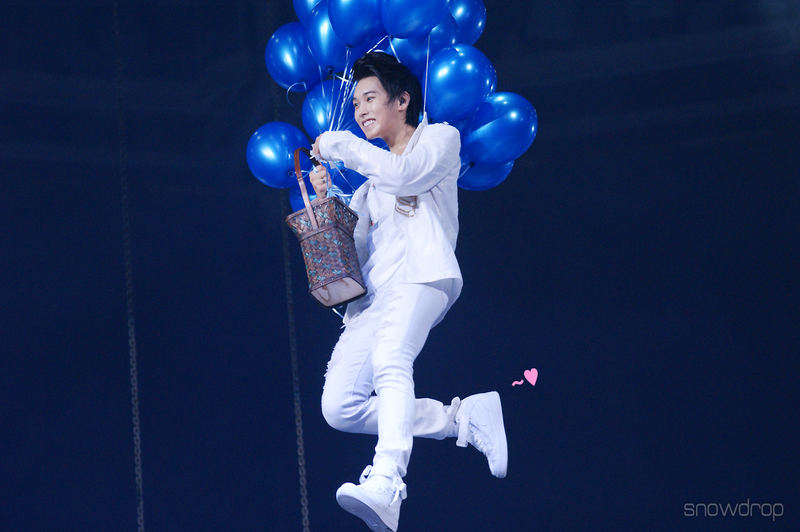 Camille on A Case for Super Junior’s Continued Relevancy: 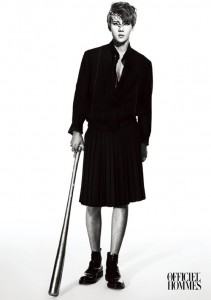 Actually, with EXO being split into two right from the beginning, they were already eliminating all the problems they had with Super Junior. Battle for cameratime has already been reduced from being against 11 other guys to only 5. Yesung is one of Super Junior’s lead singer, yet his face was famously not shown on television until the third week of music promotions. The EXO kids don’t have to worry much about that when performing with their own subgroup. Line distribution is also more equal, with each member getting their own time to shine in any song, yes even Sehun‘s single lines in songs.

I commend Super Junior though, for still going strong, even after everything they’ve been through. For a group that nobody, even the members themselves, thought it would last, they’re still here. Each member now has something going for himself, and the group gets to perform for their fans in many different places around the world.

And that “Doing It” skit in SNL Korea was just genius. Ryeowook should really consider pursuing acting, or even musicals. Boy can act better than some of the actors in the group. 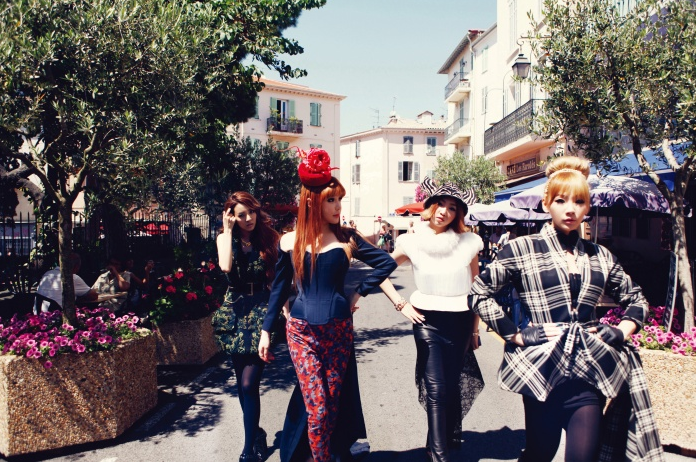 Honestly, I have yet to feel exhausted with his works the same way I feel about, say, Brave Brothers‘ tracks. I think the only song that I really didn’t like was Go Away, because I felt that the song didn’t need to sound that electronic to be honest.

What I do like about Teddy though, is that while he mostly prefers electro club bangers for 2NE1 to release, he still tries to make songs a bit opposite to those title tracks so fans and listeners can make choices. The highly upbeat Fire was followed by a bit mellow song like I Don’t Care; Before releasing IATB there was Lonely; Despite IATB’s very successful run he decided to do a more relaxing song like I Love You as a follow-up. And can I just say, that this dude creates way better stuff whenever he collaborates with other in house YG producers? His collaborations with Masta Wu and Kush are mostly way off the hook for me. His stuff with Lydia Paek is pretty good too.

Speaking of Masta Wu and Kush, I am wishing that they will do some great stuff for 2NE1 again. Let’s Go Party, Stay Together and Love Is Ouch are gems, It hurts is just hauntingly beautiful, and Clap Your Hands is just all around a fun song without being too in your face like IATB (altho I love that song’s craziness lol) and to some extent, Can’t Nobody. Oh, special mention to Big Tone too, because I’m Busy is just level 9000 awesome as club bangers go – if only I could come back in 2010 and relive 2NE1’s straight up electropop days I would nominate this song to be one of the title tracks LOL. 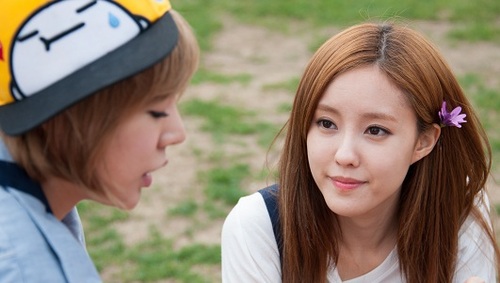 CALguest on The T-ara Bubble Busts Yet Again:

Ten years from now, these girls of T-ara are going to regret having this kind of relationship at a time in their lives that is most important.  It’s very unfortunate that there is so much discord within the group, especially when they have worked so hard to get to where they are.  And because of their lack of restraint from using the social network as a personal diary, they may have very well dismantled all the building blocks of their success themselves. 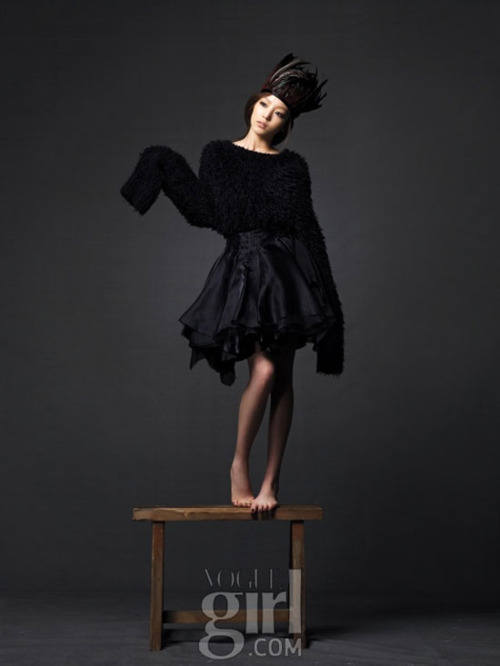 Although I don’t believe these girls are innocent of bullying, I strongly believe that the environment provided by KKS and CCM plays a major factor in the relationships amongst the girls.  For me, this company and its CEO have only been the epitome of a bully.  It’s earlier girl group, See-Ya, was torn apart in a hauntingly similar fashion back when I started popping in around the K-pop arena.  Nam Gyuri was ripped to pieces/made out to be the bad one while the other two stood by the company’s defense.  And if that wasn’t enough, KKS spoke up rather aggressively when KARA was going through their shaky year, even so far as “suggesting” banning the girls who sought to change their contracts.  I think the bullying started from the top of the food chain and it’s rather sad to see that these girls (bottom of the food chain) lack the desire and/or power to stick together and fend for each other, gave in to bullying.  This workplace environment, and I would like to point out, quasi home environment, then becomes a huge episode of Survivor where you must fend for yourself or else the big man will oust you.  If one thing is for sure, the big man is succeeding in ousting those who cannot bully like he does.

What’s important for the industry to get out of this whole T-ara debacle is that 1) K-entertainment needs to address these engrained “seniority” rituals aka bullying.  And by “address”, I mean that they need to acknowledge that it exists across the board and take measurements against bullying and bullies.  2)  Idols/stars need to take note, do not emo vent on social networks especially with hundreds of rabid fans and anti fans alike following every move and every breath you take.  Instead, learn to seek advise from others, and learn to share emotions amongst fellow artists openly.  3)  This is perhaps the most important thing that I think Korea as a whole needs to do, is focus on MENTAL HEALTH.  Don’t treat mental health as a taboo.  Stress and depression are both serious mental health issues, and I’m most positive that both held a lot of weight in what went down with T-ara.  Especially in an industry as demanding as K-pop, I believe every company needs to hire personal psychologists…something along the lines as a school counselor.  (And, CEOs are forbidden to play company counselors.)

Thanks for tuning in, and as always, feel free to leave additional comments below.