Ace of Angels Rock Out With "Elvis" 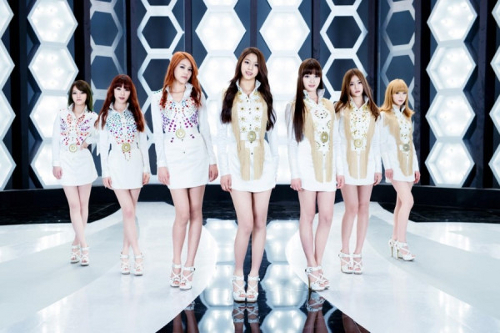 FNC Music is home to two of K-pop’s most well known bands: CN Blue and F.T. Island, who provide variety to the K-pop scene by eschewing the conventional dance group route for instruments instead. Earlier this year it was announced that FNC was to debut a new girl group, Ace of Angels (AOA), a revelation which got many fans very hopeful for an all-girl band. Other girl bands like Clinique and SpinEL have hardly progressed in their careers, with only K-indie band Sweet Revenge tasting some mainstream success in K-pop with their song “Rule Breaker.” With FNC’s experience and success with bands, they would seem to be the company with the best chance of debuting a girl rock band that could become a  permanent fixture in the industry. But would they? The group’s first video teaser showed the members in the traditional V-formation of a dance-based group, but their second teaser shows a band set-up. Is FNC trying to have both?

Well, the plot is simple enough: 7 members of AOA make a grand entrance to the muggle world, whereupon they move in V-formation into an un-manned store to do some shopping. As you do. Our seven angels are busy looking at shoes and guitars when they are interrupted by the arrival of latecomer Youkyoung, also known as “the half angel” in FNC’s teaser material. While there is no proper explanation given regarding Youkyoung’s half-angel status, it can be inferred that she is considered as such because she is only part of the band, and not the dance group. 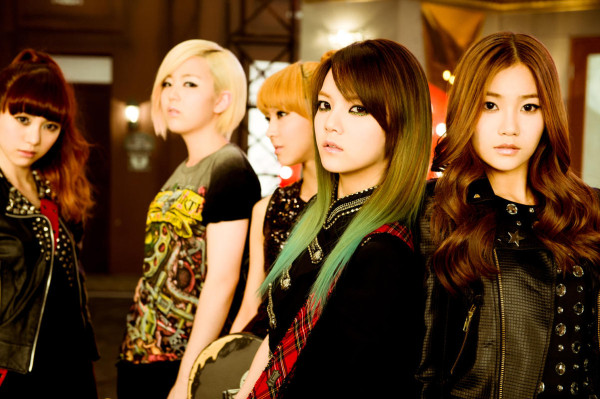 Ah yes, the band: Youkyoung plays drummer to the five-member off-shoot of AOA, which also includes guitarists Choa and Jimin, bassist Mina and keyboardist Yuna. The latter four are also the ones who sing and rap the majority the song, with the odd line from sub-vocalists and dancers Chanmi (also the maknae), Seolhyun and Hyejeong. Youkyoung has no lines in “Elvis,” which could further explain the “half-angel” tag: she’s the member who doesn’t sing. The MV shows us both the band and the dance group, and it’s not made clear how this structure is going to work. The reason for it is unclear: did FNC want to debut a conventional girl group, but also then threw in the band concept as a way to differentiate AOA from the rest of the rookie competition? Did they feel like they had to, because of the same reasons fans were looking forward to this debut; that FNC Music is apparently the place for rock bands in mainstream K-pop?

The most viable explanation may be that the girl group is the main group for AOA and the band is a sub-group, included in the MV as a way to introduce them to the audience. If this is the case, then it will be interesting to see what songs the five band-members produce and how well they will be received by fans. What seemed like a really confusing set-up at first now seems like a wise move by FNC to allow the group to gain popularity before breaking out the band to ensure it has the best chance of success, rather than debuting the group as a rock band. This way, FNC can (to use the incorrect idiom), have its cake and eat it too by debuting both a girl group and a girl band.

But more will have to be done to gain the audience’s attention. “Elvis” may be somewhat catchy, but the song is severely lacking in terms of lyrics, which are generic at best. “Elvis” consists of several nonsensical phrases strung together, none of which have anything to do with the King. Even a superficial passing reference to one of his songs in the lyrics would have sufficed, but AOA leaves us 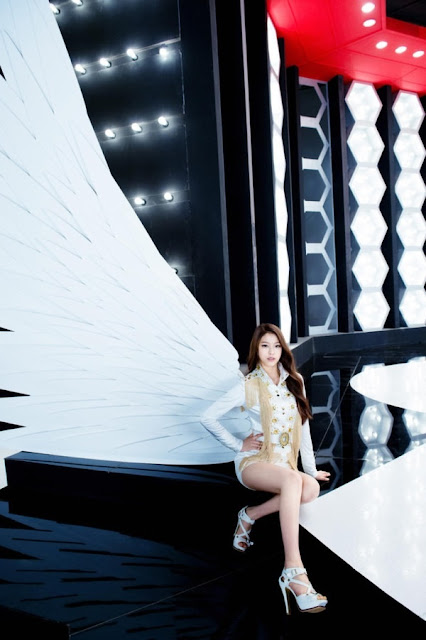 hanging. The name “Elvis” may have simply been used so as to better associate AOA with Rock and Roll and nothing more, missing the opportunity to boost the lyrics with references or puns that could have made the song stand out more from the competition. The only substantial reference to Elvis are in the bejewelled and gold-embroidered white outfits the dance group wears in one of the dance sets, a nice nod to the King’s own dazzling jumpsuits.

Performance-wise, each member manages to stand out in some way despite the large size of AOA. Most viewers, though, will remember blonde drummer Youkyung, leader and blue-haired rapper Jimin and face-of-the-group Seolhyun. Seolhyun was  the girl featured in F.T. Island’s MV for “Severely,” and FNC is using the audience’s familiarity with her to bring further attention to the group–she takes centre-stage during the chorus and is also the first angel we see land on Earth.

Despite a disappointing debut track, the MV works well to properly introduce to the audience the group’s concept(s) and members. “Elvis” scores at 2.5 out of 5 from me, with the hope of more engaging future releases (and more band play, too!) What do you think of AOA? Do you think the rock band part of their concept is going to work out, and has “Elvis” piqued your interest enough to find out?