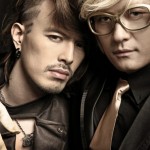 Norazo is a Korean duo that debuted back in 2005 and started gaining attention in 2008 with their “Superman” song and video. Throughout their career, they released five full-length albums and experimented with a variety of sounds and styles. While bringing something new each time they promote, Norazo is one of the bands that have a trademark; the bizarre effect and the goofiness in their lyrics are the assets that make them unique.

This month marks their comeback with the track “Woman Person,” which doesn’t stray away from their previous releases:

Norazo’s “Woman Person” revolves around the idea of naivety and innocence, the whole package (melody, lyrics and video) centering on the theme of childhood. The guitar sets the cheerful, careless mood and the drum beats add a final touch to a particularly pleasant instrumental. Kids mumble the lyrics in the background and interjections like heok-heok and wing-wing make it sound as if it were a children song.

The vocals are decent and don’t fail to match the song. But there is something about the dynamics of the group that has become bothersome. Lee-hyuk‘s attention-grabbing leads to Jo-bin being overshadowed. Sure, there’s not much place for shadow in a duo group, but the two of them aren’t equally exposed. It wouldn’t be noticeable if it were proportional with Lee-hyuk’s vocal improvement. “Woman Person” attracted some unfriendly comments that the Immortal Song 2 contestant is wasting his talent while in Norazo, trying to keep himself on the same level with Jo-bin. It is uncalled for; the guys are both talented and they can work together so that they can both benefit from it like they did in “Rockstar.” However, this is not a major problem as long as it doesn’t go farther in that direction.

Now onto the song itself. Supposedly, the son of the lyricist behind “Superman” penned “Woman Person” and furthermore, he is at the respectable age of 8. Whether this was a publicity stunt or not, the lyrics convey the light-heartedness of childhood and the sweet nature of a little human willing to gradually discover the world. The way the protagonist of the lyrics approaches women is endearing, his authentic curiosity resulting in unusual lines: 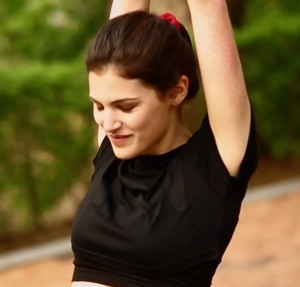 Just by them wearing dresses, I get curious

He is determined in finding out more about them, but he is not a player. Despite playing with bees just a moment ago, the character is passing through a meaningful and life-changing experience, being absolutely convinced that his little heart won’t ever favor anyone else except for his first crush:

Even if it kind of hurts, I want to leave it there

I just wait for my only woman person, for you

There is some incoherency, but what is there to expect, it’s a child’s song! They’ll never be suspected of a good attention span. In fact, it is a perfect match for the video of the song. And if you think you didn’t understand the video, then it’s alright, it just means you haven’t watched Leon, the Professional. The MV reenacts scenes from the Luc Besson movie, with Jean Reno and Natalie Portman’s characters played respectively by Jo-bin and Lee-hyuk. Just a side note: despite Matilda being a girl, there are hints that Lee-hyuk is actually a boy, a kid that has a love interest; playing a girl was just necessary to resemble the movie. 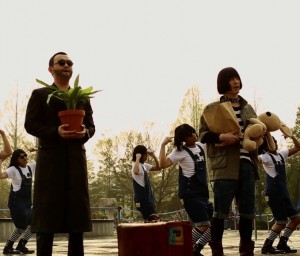 The plot suffers dramatic changes. If Leon prepares Matilda in acquiring the needed skills to kill her brother’s assassin, the two Norazo guys are following their crush, trying to make her fall in love with them while remaining incognito. The rooftop scene, depicting Mathilda’s first use of ammo (of some sort) is converted into two men who are playing Cupids, hitting the girl with a heart-loaded sniper.

Similarly, when revisiting her home, Matilda no longer eavesdrops on the killer. Lee-hyuk is shown instead, hiding under the bed (an allusion to the way her brother was killed in the movie) while watching in admiration as the girl plays his Hello Kitty guitar.

And lastly, the denouement is far from being violent. In the original movie, Leon protects girl by sending her out of the building. He nearly escapes too, but Stansfield shoots him. As he holds his last breath, he tells his killer that Matilda has a message for him and puts a grenade ring in his hand only to reveal that his coat was full of grenades. The building blows up and the vendetta is finally over. The MV, though, replaces the grenade ring with a real ring and the grenades with flowers. The story ends with the girl walking away while smiling.

The visual aspects were carefully handled. The lightning and the chromatics are more joyful than the original movie’s, but they stay loyal to its atmosphere. In addition, the streets, the convenience store and the apartment look so alike that it seems the video was shot at the same place. There is high attention placed on the details: the milk-drinking badasses, the rootless plant and the stuffed toy appear as well in the video. The movie itself was a good pick, featuring a combination of good humor and tragedy that suits the duo’s image. 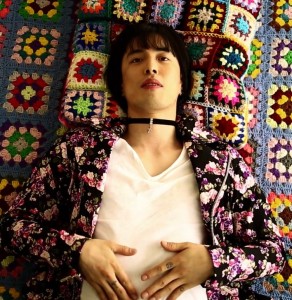 Moreover, the men convincingly play along. The aim is not to be persuasive as actors, but to cheer up the spectators with their quirkiness. Jo-bin acted all serious, while Lee-hyuk looked worried but determined. The video also lives up to its pretenses. Who didn’t at least smile when Lee-hyuk was caressing his tummy, imitating Matilda’s love confession?

“Woman Person” is a typical Norazo release: goofy, relaxing and amusing. Norazo has a well-established identity that — hopefully — they won’t give up. Their style uses mockery, satire, derisory fun and mismatched lyrics, but in their way, they have substance. Unfortunately, their place on the Korean music scene is not that firmly rooted. Though they are entertaining and manage to perform live, they are often overlooked. However, it is indeed good that they got this far and managed to release this much until now.

Overall, the track is witty, charming and enjoyable. The melodic line is well-executed, the lyrics are adequate and blithe and the video is refreshing. It might be just a personal point of view, but it lacks something to make it addictive, it needs a bit more of an undefined flavor to get there. Considering this, the final rating would be 4.5/5. What is yours? What do you think of Norazo? 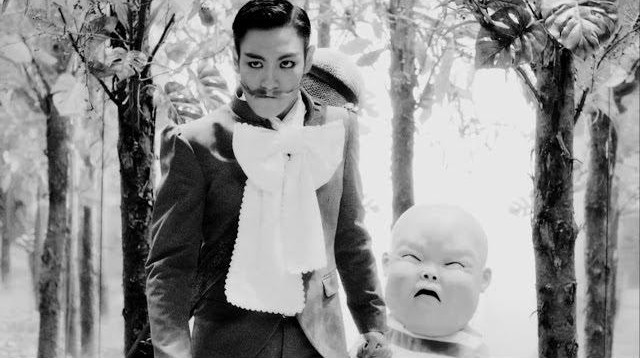