As K-pop enters the second quarter of the year, the scale of the releases get larger, with Core Contents Media (CCM) releasing teasers for its new girl group, Gang Kiz.

Putting aside the question on whether every imaginable niche in K-pop girl groups has already been filled, and whether CCM has had too many cuts of the girl group pie (Davichi, T-ara, 5dolls and previously, Seeya), I still love my girl groups, so it’s worth giving them a once-over. 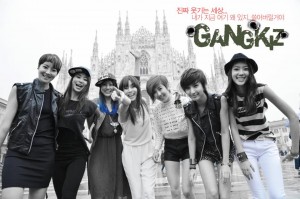 Like most girl groups, Gang Kiz definitely draws from what is industry best practice. There are models in the group (which settles the looks and figures side of things), there are actresses too (which settles the individual promotions side), but at this time there have not been too much mention of their singing or dancing abilities, so until they give a live performance or show a member covering an old favourite, no further comments on their ability to hold a note.

Also, CCM has definitely been pretty hard at work with ensuring that they get the attention of K-pop followers. There is the news of how closely they are working with CCM’s flagship act T-ara, how they have gotten and rejected endorsement deals (in this case, lingerie) and crucially, the scale of their ambitions in how they want to equal the best and the brightest.

I am okay with such name dropping, especially since it gets harder and harder to stand out in a sea of debuts. However, there is a very fine line between promoting oneself and getting too showy about it, as seen with EXO. Also, for the most seasoned listener, nothing beats quality singing or a track that simply grabs one’s attention.

Where CCM and Gang Kiz have definitely chosen to focus on, would definitely have to be the teasers. Filmed in Milan with some artistic direction courtesy of T-ara, it certainly does smack of big money spent and a fair amount of effort.

So question is, do the teasers deliver on their promise?

Unfortunately, from the first one, no. The whole behind the scenes, dancing/posing in the middle of the streets thing could have just as easily been pulled off in Seoul. Maybe the Milan architecture looked better, but if I were CCM, a better plot device and back story might have proved more interesting. However, for looking at seven pretty young debutants, this teaser definitely served its purpose. And maybe the T-ara cameos did help spice things up.
The second one was definitely a fair bit more interesting, and did try to delve deeper into the whole concept of them, which could mean anything between the cute-mature scales. To sell the mature concept, we get dark, moody backgrounds, fake guns, the girls running away from “somebody” we do not see and attempts to hitchhike. Balancing this would have to be posing in coloured clothing, and shooting… water guns. 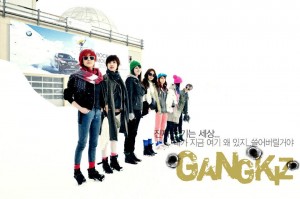 At the end of the day though, the video definitely lived up to the CCM trademark of showing a lot, while saying very little. There was very little on what the concept was going to be or any semblance of the plot. But then again, it could work in CCM’s favour to keep fans guessing, and to have absolutely no expectations on the song or music video, such that there would be less disappointment or criticisms on the fans’ part.

The song used in the teasers, titled “Honey Honey,” does have the retro-funk influences beloved by T-ara and A-Pink so far. It makes for a good ear-worm and that cowbell sound does make for a nice sticky hook, however there’s the feeling that sound had been done one too many times, and might come across as stale by the time it releases.

To sum up, what there is so far are teasers that show a lot but say very little about the final product, coupled with a sound that runs dangerously close to being annoying and dated. Add to that how close they run concept wise to T-ara, making their unique selling points very weak. 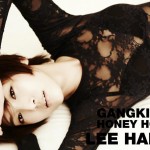 About the only strong point they have so far would be their ages, which could open them up to more mature concepts in the future. However, if that were to happen, CCM would have to be careful about it, to not fall into the same fate as Rania, which ended up being misunderstood by the public, and their abilities overshadowed by controversy.

The term “Gang Kiz” tends to evoke images of toughness and a large group. From the look of things, they are going to need a fair amount of strength and a bit of luck to stand out among many other established acts.

Note: At the time this article was written, the mini-album and music video for Gang Kiz had not yet been released. Stay tuned to Seoulbeats for our thoughts on their released material!