T-ara Has the Winter Blues in "Tiamo" 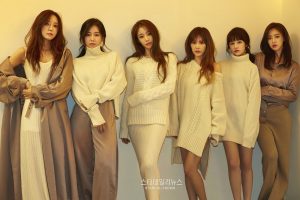 It’s been a little over a year since T-ara had a comeback, and they’ve broken that silent streak with “Tiamo,” the first of the winter releases headed our way. And&End and “Sugar Free” may have failed to vault them back to pre-scandal domestic fame, and while “Tiamo” is a departure from their pop dance titles, it may not have been the way for them to go. The song is decent, but unless you’re a fan of the group, it’s not the song that will pull you in. Nevertheless, the MV and lyrics aspire to be about much more than simple heartbreak.

In the video, Jiyeon is wandering through a field, which is barren and dry, how things become at the end of the fertile season. She receives a call from ‘Tiamo’ that gives her pause. Here we see the first sign that this person still means a lot to her. She hasn’t changed the nickname in her phone, and so that small reminder of tenderness shocks her. She looks away from the phone to see her reflection in a mirror, which she gets sucked into when she reaches for it. This is the period of reflection after a breakup where a person sits and thinks about all the things they’ve been through as a couple. 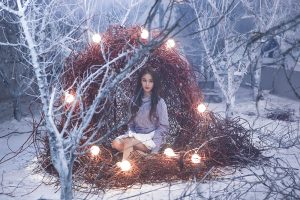 In the mirror world, Jiyeon is found sitting in a bird’s nest. Many birds fly south, away from the cold in the winter. If a bird is injured or gets lost, they may find themselves stuck in a bitter cold place alone. Thus, Jiyeon’s entry into the cold mirror world is into a place all alone when she should be with her mate. As she wanders through the world she finds a key — the key to her heart, maybe? The key unlocks a nearby red door, which leads her to the far end of the mirror world, but which is basically the same place. There are white and red boxes which she glances at but don’t open. These boxes are the thoughts she don’t want to think about — about being left, about love fading:

There’s a desperation here, the feeling that something cherished is slipping away and there’s a serious need to keep just a tiny bit of it close. It will not be what it once was but it’s enough to satisfy for now.

Jiyeon finds another key in another tree which unlocks another red door and she finds herself right back in the same place. The boxes are still there untouched. Everything in the room is the same. It is only when she takes the time to look around her and take in her environment that things click. She holds the key in her hand and her reflection comes back. This time when she sees herself, she knows the true extent of her sadness and can understand it. She glances down at the ringing phone again, a trail of tears sliding down her cheeks.

It is interesting to note that ‘ti amo’ is the Italian version of a sentiment expressed in many languages — ‘I love you.’ The difference is that while, in English, ‘I love you’ could be said to family, friends, or even a pet, ‘ti amo’ is a phrase specifically reserved for use when a person is deeply in love. 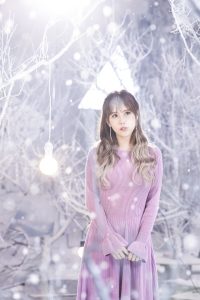 Winter is the time of year when things end: the nice warm weather fades away, the plants start to die, and many people begin to feel melancholy as the days darken quicker. “Tiamo” captures this sense of ending in the form of the ending of a relationship, where the break up is still fresh and any reminder is still painful. “Tiamo” doesn’t just represent a hard breakup though. It’s a stark reminder of how loss can make us feel lost until we confront and deal with our feelings about it.

T-ara has lost a lot, namely their fame and reputation in an industry where those two things rule. More than being about the loss of a loved one, “Tiamo” can be seen as a loss of the good days when they were on top of their game. Those boxes in the video can represent the thoughts they’ve had about losing their fans, and their fears about their future should they not replace or regain those fans, thus their reluctance to open the boxes. As a group with a lot on the line, T-ara has to face their reflection, or own up to those actions and thoughts, and accept them before they can truly move on and become better than before. Moreover, being in this group is part of who they are and what they want to be more than anything, hence the term “Tiamo”.