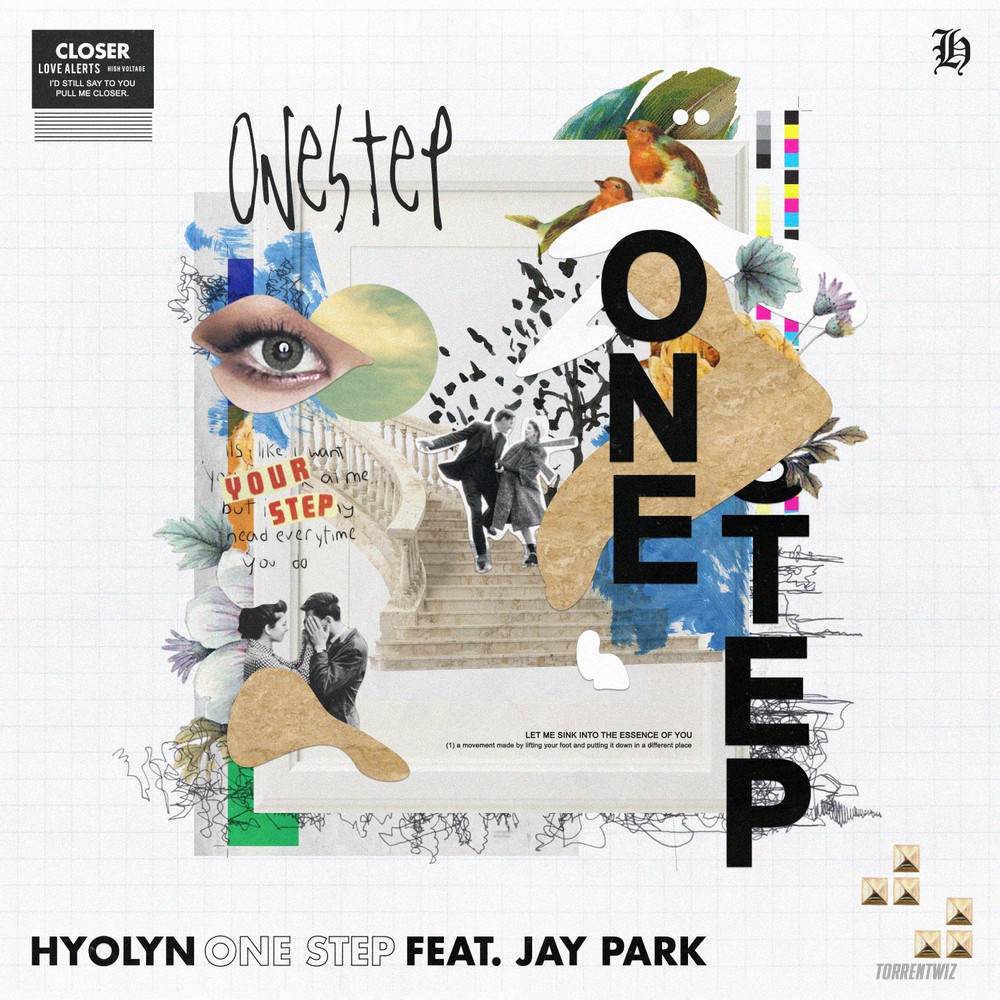 Three years after her solo debut, Sistar‘s Hyorin is making her first comeback! Before her title track “Paradise” had been released, the songstress shared two pre-releases, one of which is the sultry and slow ballad “One Step”.

Featuring AOMG‘s Jay Park, “One Step” draws heavy influence from ’90s R&B, and contains airy vocals that fit right at home against the song’s calm and relaxed melody. Jay and Hyorin’s voices mesh together and act as a a great complement to the melody, but there’s a quite a bit left to be desired. Independently speaking, neither R&B nor ballads are new territory for Hyorin and Jay Park, so there’s nothing truly distinct about the sound each of the two foray into on “One Step”.

What’s interesting to note is that this isn’t the first time the two have worked together. During Hyorin’s time on Unpretty Rapstar 2, the two had collaborated on a track entitled “Money”. While “Money” attests to what both artists are capable of together on a hard-hitting hip-hop beat, “One Step” displays their softer, more passionate sides, adding a new dimension to their collective musical personality.

Lyrically, “One Step” is nothing really new, and quite juvenile for the mature and charismatic image Hyorin has been associated with.  The protagonist has turned completely lovesick, as illustrated in the pre-chorus:

The chorus itself further elaborates on the situation. While the protagonist and love interest are in love with one another, the interest still hasn’t made a move:

The MV that accompanies “One Step”, while cheeky, is also quite underwhelming. The visuals are heavily saturated with ethereal and hazy hues of pink, which is then somewhat balanced out with scenes containing more earthy colors like blue and brown. All of the pink in the MV may be symbolic of the lovesick state Hyorin finds herself in, or it may simply be the color that the directors chose to work with in the process. The only question left to be answered concerning the color palette, however, is whether or not there is simply too much pink. Is it blinding, or is it beautiful?

There is next to no storyline within the MV, and the physical absence of Jay Park places more emphasis on Hyorin’s actions and being. The majority of the video focuses on Hyorin having fun while partaking in various activities. In some scenes, she’s taking selfies while lying on a couch. In other scenes, she’s reading a magazine on top of a bed. There are also scenes interspersed of her in a bathroom, as well as in a hallway.

The scenes that stick out the most, however, are the ones where Hyorin is sitting in a diner booth eating and looking at her phone. Pink is definitely omnipresent in these particular scenes, but there’s something about them that makes the monochromatic color palette seem just fine. Whether it be Hyorin wearing a pink choker and dress, the smile that braces her face, or the neon sign hanging above her head that reads “Because I’m Happy”, it is here that the pink truly makes a statement.

With that being said, the main question I repeatedly asked myself

was whether or not the song would’ve been better supplemented by a MV that had something of a storyline. While Hyorin’s natural charisma shines graciously throughout the MV, there are times where it seems like the charm is a little forced, particularly in terms of aegyo. In some cases, the little faces she pulls feel more natural, and add to her personality. In others, it seems more than obvious that the faces she’s pulling are supposed to be cute, but they actually come off unnatural.

Once again, Hyorin has shown off her vocal skills in another great song, with Jay Park tagging along to create an interesting and catchy duet. My only issue is that Hyorin can almost always be trusted with ballads, and sometimes it’s nice to switch it up. “Paradise”, on the other hand, has proven to be just enough to reveal a jazzy, fresh side of Hyorin that listeners have never seen much of before.