Music and lies have always had an interesting connection. It is taken as a given that music is honest, a pure form of expression straight from the soul. Of course, that is a ludicrous idea, especially in the world of pop music, but on an subconscious level, the expectation of truth in song is still there. As such, songs about dishonesty pack a great emotional punch, because it amplifies the honesty present. Truth matters most when it is placed in direct contrast to lies. Today, we’re taking a look at four songs that deal with dishonesty.

First is T-ara’s “Lies”. It falls into the category that many female-centered songs about untruth, such as EXID‘s “L.I.E.“– that of the woman scorned. 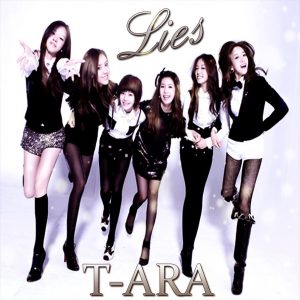 Here the lies are deliberate and malicious attempts to sway the cheated-on member of T-ara back to their ex-boyfriend. It is put forth that the boyfriend was never honest with her; that he was always promising love and fealty that he had no plans to live up to. It paints the lies as cold and calculating, a betrayal of the highest order. To T-ara, lies are the worst thing a man could do.

A complete 180° from T-ara’s “Lies” is G.o.d‘s “Lies”. While most songs about dishonesty are from the perspective of the victims, G.o.d are the perpetrators. They have fallen in love with another woman, and thus have to end things with their current girlfriend. They are forced to acknowledge they not only lied to their girlfriend when they spoke of love, but that continuing to stay with her would be a lie as well; there is no outcome here that will not result in pain.

Yeah, it’s like this, it had to be
I lied to you, eventually I made you cry
But I had to be like this after facing your true feelings
I thought I could set things straight
My mind, my choices
Nothing could be done
If I didn’t do it this way, if you didn’t leave me
You know, more than anyone else
With no choice
I’ll deceive you, I’m sorry for I’ll make you cry

Of course, lies are not always as simple as an untrue statement. Sometimes, they are situations, webs of implication and emotion that are carefully constructed to keep the victims enthralled. This is the case in Jimin‘s solo from Wings, “Lie”. He laments being caught in a girl’s lie, but the lie in question is not a mere lie. 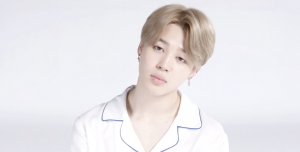 Instead, it is her very love that is a lie.  Jimin is trapped in an unhappy relationship. He is utterly miserable in a way very few songs speak of, yet remains unable to break free. Something about this scenario keeps whispering in his ear that if he stays just a little longer, he’ll be happy. While Jimin has recognized that that is not true, he sill can’t find a way to free himself from the pretty lies and their ugly truth.

Finally, we have the classic song about deceptions: Big Bang‘s “Lies“. One of their most recognizable songs, this was the track that gave them their breakthrough to mainstream success, as well as one of their most powerful. Once again, the lies in question are not deliberate untruths, but a situation. However, Jimin was ensnared in a deliberate web of manipulation that promised happiness. For Big Bang, the happiness itself was the lie.

Big Bang speaks of lying to themselves about getting over their, of their relationship being a lie, of cruel words they said being a lie. They scenario they paint is brutal: a relationship that fell apart into fights and anger, where honesty had just gone out the window. By the time of “Lies”, it has devolved into bitterness, regret and hurt, held together by lies about moving on and past happiness. At this point, it’s hard to tell what would hurt more: continued lies or laying the truth out on the table.
Dishonesty is a fact of life. People lie everywhere about everything, but it always hurts more when those lies come from a source we trust. Music is one of those sources, and when lies are confronted or committed in song, it becomes so much more personal. Lying in music gives a track a great vulnerability and potency, one that is often put to good use.