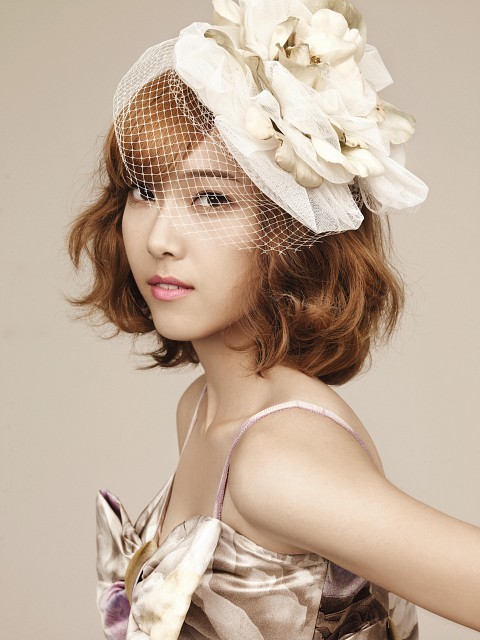 We’re back with another Comments of the Week!

This week, you guys battled it out in the comments sections, debating about subjects such as anti-fan culture, idols turned actors, fanclub colors, who should be the next K-pop star, controversy in Thailand, the bromance of pretty boys, celebrity rankings, female body image, and the remake of a classic film.

What were five of our favorite comments from this week?

Bstar5 on Jessica’s Wild Romance… is Not So Wild:

I think it’s already been proven for both dramas and variety shows that casting idols doesn’t exactly equal high ratings.  Many of these shows they’ve been on have had the lowest ratings and in the case of the idol filled Family Outing 2, those low ratings led to cancellation. TMTETS [The Moon That Embraces The Sun] just recently received the most money for overseas broadcasting rights and the only idol in the cast was Siwan who wasn’t a big name before he did the show.  So if the only reason these producers are casting idols is to make money, maybe they should focus on producing a better show instead.   Any idol who hasn’t really proven they have acting skills should be made to audition with all of the trained actors for a main cast role in a major drama.  If they’re not good enough for the part, they shouldn’t get it. A major drama should not be an idols training ground. Their poor acting skills become glaringly obvious when they are surrounded by people who know what they’re doing. If their agencies are hell bent on getting their idols into the acting world they should make sure they’ve got skills first. If they’re already getting those roles despite their lack of skills they should still be working on them until they’re solid. 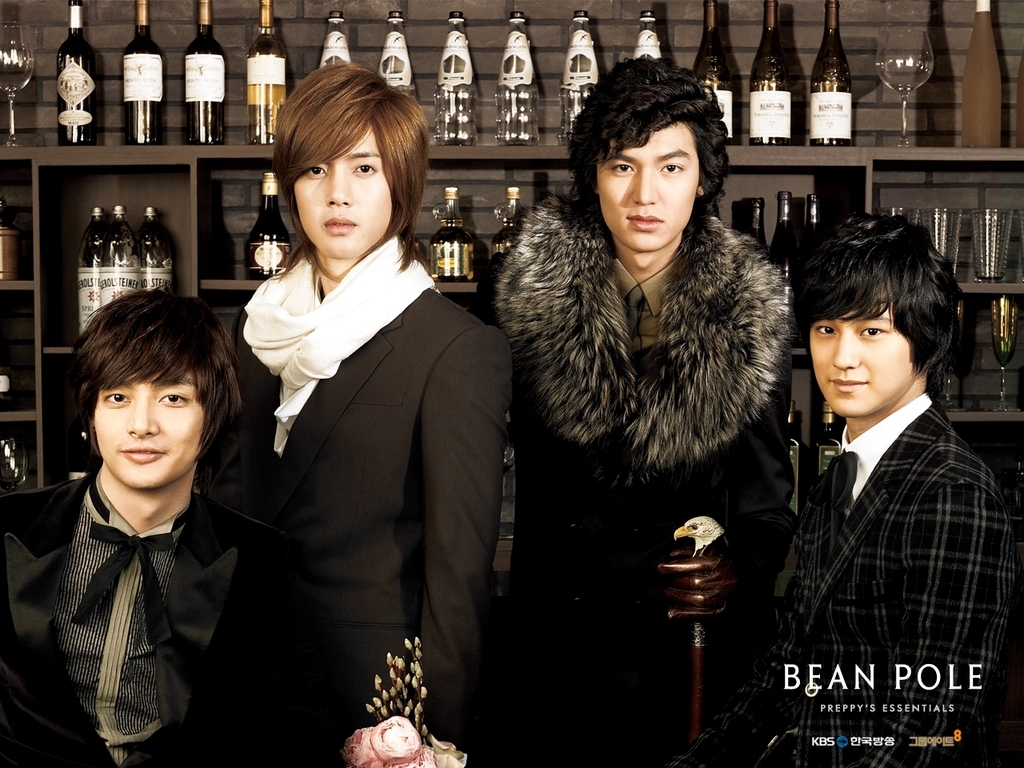 I think I never even knew the word anti-fan until I entered K-pop. Back then I was shocked people too so much time out of their day (an/or night) to hate someone. I’m surprised they didn’t get stokes from all the stress to make people’s life miserable. I remember thinking “wow, people sure know how to waste their time.” But I was too naive. As I stayed in K-pop longer I realized anti-fan don’t just hate, they harm! OMG son! Did they really have to go to that extreme? Where are their parents? I would have send my child to see a psychiatrist if I see them writing blood letters or see them stab pictures of anyone. Are the parents antis, too? It seems like they only appear to cry and apologize for their behaviors. How many of these people go to jail?

But being in Kpop for about 5 years (I know, I’m still a baby), I learned fans can be just as obsessed (and/or dangerous) as anti-fans and they are all scary people. What scares me the most  is that I am starting to see some side affects of being a Kpop fan. Before, when I dislike a band, group, or singer I would just avoid them. Dislike Britney Spears? Change the station. Dislike country music? Learned to zone them out. F4? *shudder* Told my friend to never show me their drama, music, merchandise, etc and I will let her rant about them to me. Now, I feel frustrated whenever I hear Kpop I don’t like, even more so when they are overexposed or given too much prop for their bad music. They might have the right beat, but I sure do not know what message they are trying to give. Also, sometime I cannot tell if they are trying to sell sex (like being clad in little or exposed clothing while singing something suggestive to a bunch of male population who thinks of sex 90% of the time) or talent.

I finally learned how to deal with it. Focus on one-three good group/solo artist and ignore the rest! HAHAHA. Even though this might make me a Kpop idiot and I might miss out on some good things out there, there are no blood letter being sent to someone I don’t know personally (my friend turned enemy on the other hand…) nor am I shipping myself to Korea to stalk an already probably traumatized idol. 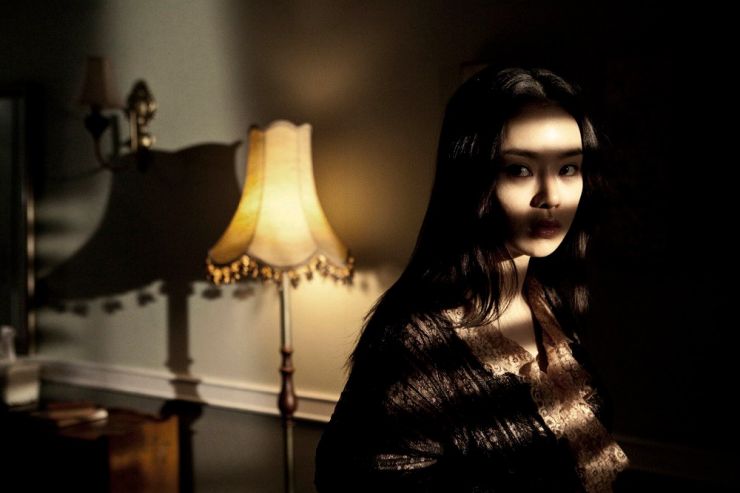 Both the Kim Ki-young original and the Im Sang-soo remake of The Housemaid are among my favorite films. I definitely agree that “Golden Age” Korean cinema is overlooked although that may be changing to some extent now.  There is actually a surprising amount of Anglophone scholarship on Kim Ki-young’s Housemaid and other Korean films from that period. Madame Freedom (Han Hyung-mo, 1956) is another gem from that era. A Flower in Hell (Sin Sang-ok, 1958) and Marines Never Return (Lee Man Hee, 1963) are also good and and surprisingly complex and critical depictions of the Korean War and the American troops stationed there afterwards.

While I agree that Kim Ki-young’s original was very good, I strongly disagree with your analysis of Im Sang-soo’s remake. Im’s remake was in the main competition category at Cannes; a far cry from being “made for tv”. My guess would be that the film’s appearance at Cannes is the principle reason for its relatively widespread availability in the US. Although it’s not as subtle as the original, I’m pretty sure that Im was not going for subtle in his attack on the bourgeois. It seems strange to omit the emphasis on class criticism in the remake as that is one of the biggest changes. The remake was also a lot more erotic with several steamy sex scenes. The ending is certainly different but in more of an auteur art house way instead of a cheesy commercial way. 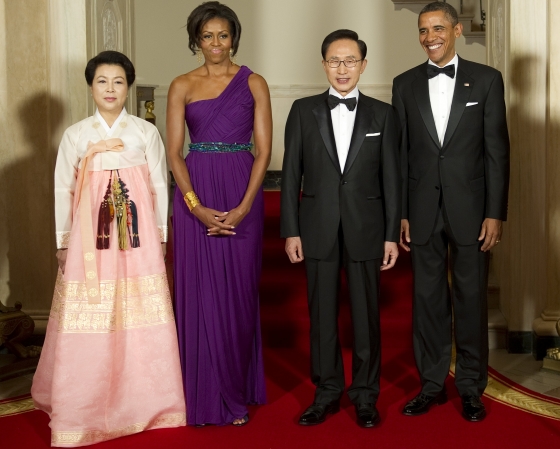 CJux on The Korean Forbes “40 Power Celebrities” List — Is It Accurate?:

You know, this isn’t the first time Forbes shows its bias. Their 30 Under 30 List was so ‘white’ that it did not feature a single African-American brilliant mind, revealing that these lists are predominantly media-oriented. Their most worldwide powerful women lists tend to be dominated by 70% of American names even though the world outside America does not recognize many of those names (and the stereotypes they rely on for their judgments are astonishing; after all, what could possibly be the reason for Michelle Obama ranking in #1 other than being the wife of a president?). Billionaire power lists reveal a preference for enterprisers than investors; makes one wondering if these guys have learned anything with our past economic crisis.

I tend to dismiss Forbes’ attempts at making lol-lists, but this time I went to check their criteria as I was curious why BoA was disqualified from the top 20. Considering, you know, it’s about powerful celebrities…? So here’s the criteria Forbes used last time, and I presume the same used for this one:

1 – the most-searched names on South Korea’s Internet portals
2 – the celebs’ annual income and donations to charity
3 – number of endorsements
4 – mentions in Korean and international media
5 – the number of magazine cover appearances.

Some K-pop sites explain the selecting process in this way:

“They first gathered a list of the most-searched celebrities from portal sites, then trimmed the list by keeping the top 100 that had appeared on many variety shows, dramas, movies or was active in sports. Then they examined how much each celebrity earned with one filming of a CF or a drama episode. Then an examination of how frequently they appeared on music videos and on the first page of various magazines and took over one whole page of a printed newspaper.”

Well, that makes sense. It has nothing to do with power though, but more with companies’ skills at promoting their celebrities. That also explains why 2AM ranked in #8 position last year (yeah…). There’s also a visibly underestimation of overseas popularity and recognition, even though these lists claim to explain the expansion of K-pop fever. Unfortunately they did not take into account that the reality of South Korea is different than the other realities, where idols are slaves to the entertainment business rather the other way around. Again, these lists purely reflect media exposure and not actual influence or power.

Another aspect to consider is which critics were involved in the list making, and what were their interests. These lists are never accurate in reflecting reality, but they hold power in dictating and influencing public opinions. Some celebrities I have no idea what the hell they are doing there (Kim Tae-hee), others I have no idea WHY they are still in there and ranking so high (Kang Ho Dong).

Now aside from criticism, there are always positive things about these lists. They do tend to reveal underrated names to the general audience and do not focus too much on music and drama activities. Which is good. As for music celebrities, I think this list is better than last year’s which was terribly male-oriented and only underlined the gender pay gap in SK. 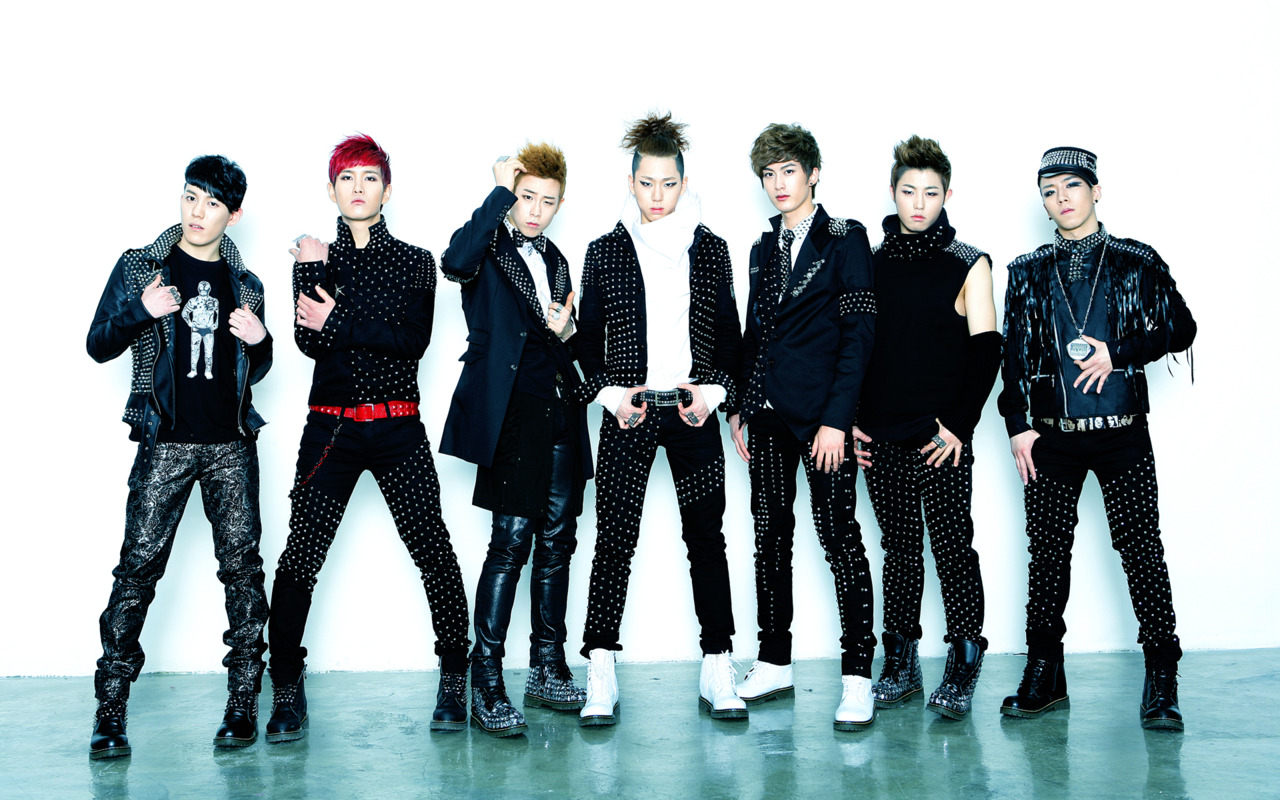 Miss_Behaviour on Living the Aftermath of Block B’s Thailand Controversy:

While it’s really saddening to hear the news about P.O. being hospitalised for schizophrenia, I’m not surprised that we are where we are.

It’s human nature to point fingers in every direction but at yourself. More often than not we are happy to pick apart the failure of others than be introspective. We are quick to assert our own morals on others but can find ways to explain away our own shortcomings. That’s not to say that everyone on this planet refuses to become a better person but all in all it’s easier to go about fixing others than fixing oneself. And I think nowhere is this more apparent than on the internet – all thanks to the anonymity it affords each and every one of us.

Sure the boys made a big mistake. As public figures they should’ve known better. I have only recently discovered Block B but I am now a big fan largely because I enjoy their music and have a lot of respect for their talent (particularly Zico and Kyung). But shunning typical idol behaviour does not also mean shunning the basics of humanity – such as politeness and empathy. So yes they made a mistake but they have apologised repeatedly and it’s time to move on.

These boys are still teenagers, they make mistakes, it is up to society to hold them to account but to also ensure that they learn from mistakes and become stronger and wiser. It is not up to society to ask for their heads on a platter. Netizens may choose to pass judgement under the guise of righteousness (all thanks to the anonymity card), but it’s unlikely any of them could put their hand up and claim to have been postcards of innocence their whole lives! Most likely they’ve made similar mistakes and have had the benefit of moving beyond it. Everything is clearer in retrospect and we should not use that to hold people to ransom!

But as I said before we all love exploring the failure of others and the ability to do so anonymously spurs on even the most extreme wallflower. And as long as popular culture and the internet continue to be as such I don’t see this trend change. As for Block B, they should aim to learn from this incident but block out (no pun intended) the white noise and focus on the future.

As always, thanks for being such an awesome readership! If there are any great comments that didn’t make it onto this week’s segment that you feel should be highlighted, feel free to share them with everyone in the comments section below.