Interviewing Galaxy Express over Skype in Konglish reminded me of Seoulbeats’ Epik High interview at a Verizon parking lot a couple of years ago.  Both interviews were held under non-ideal circumstances, yet the respective groups did not disappoint in conveying their true thoughts about their current situation, music and future plans. 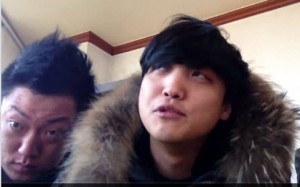 Similar to Epik High’s Tablo, vocalist Park Jong-hyun was the most talkative during the interview, answering most of the questions and nicely packaging what the other two members, Lee Ju-hyun and Kim Hee-kwon expressed.  Despite Jong-hyun taking the lead during interviews, the friendly dynamic among the members were hard to ignore.  In fact, bassist Lee Ju-hyun was busy making faces at the camera during the interview while drummer Hee-kwon was constantly leaving the room to light his next cigarette.  Some may perceive this as rude or inconsiderate, but I found it hilarious and somewhat endearing because they were just being themselves.

For those of you who are wondering, their name Galaxy Express was not inspired by the Japanese manga, Galaxy Express 999.  In fact, they came up with the name right before their first performance in haste.  They already had the concept of galaxy/planet/earth in mind, and they were looking for a second word, and the word “express” came to mind, hence the name “Galaxy Express”.  After their first performance, they googled their name, only to encounter the Japanese manga.  Ironically, the three actually grew up reading the manga, but only knew of the manga as the Korean name (“은하철도 999”).   Ah, the side-effects of localization.

Just like any other indie band around the world, Galaxy Express also faced their fair share of hardships; familial disapproval of their career choice, having to work multiple jobs to pay the bills, etc., etc.  However all of that started to change in 2009, after they won  Album of the Year at the Korean Music Awards for their debut album Noise on Fire.  Starting in 2010, they were able to obtain enough sponsors to just focus on their music, which they considered to be their greatest blessing thus far. 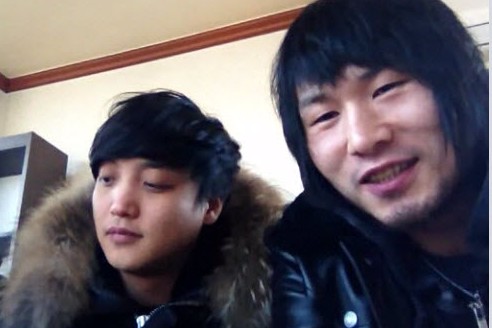 When probed about their musical process, Galaxy Express members informed me that there was no set process to their creative development.  Some of their songs are collaborative, for they often produce the songs during their practices and find the sound that best expresses their idea, yet some of their songs are individual projects, where each member comes to the group with the idea with an almost completed song and the members work together to put the final touches to it.  What was I thinking, asking a rock band to describe their creative procedure!

However, it was interesting to see them take a step back and recall how they made their music, which was a stark contrast to some of the idol interviews that I’ve participated in.  For various reasons, a lot of idols are on auto-pilot during interviews and often times carefully express the most generic or acceptable answers prepared by their management.

On to the topic of idols, these rockers did not care for the idols that are leading the hallyu wave.  In fact, they seemed a bit annoyed that the mainstream media and the international fans only seem to care about these idols, which seemed liked a slightly misinformed perception.  At least based on my observations, current idols are what introduces a lot of new fans into K-pop and slowly, with time, these new fans branch out to indie artists.   On a lighter note, drummer Hee-kwon doesn’t watch TV nor listen to the radio–he only goes on line because he can choose what he sees and listens.

These three like-minded rockers are headed to Texas next month to perform at SXSW 2012 and the Valley of the Vapors Independent Music Festival from March 9 – 25 in the USA.  If you intend to go to SXSW, make sure to check these folks out and tweet them at their handle, @GalaxyExpressKR.